This exhibition features prints and photographs that focus on current political and social issues. These works were acquired as part of the museum’s student-selected art acquisition initiative. Exhibition curated by Jacqueline Amezcua '19. 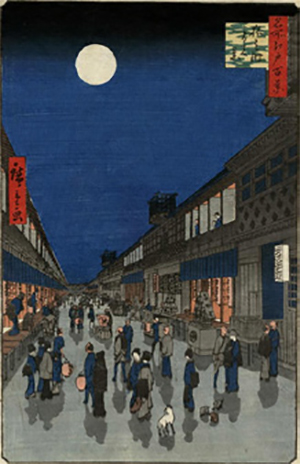 Ando Hiroshige, Night View of Saruwaka-machi from One Hundred Famous Views of Edo, 1856. 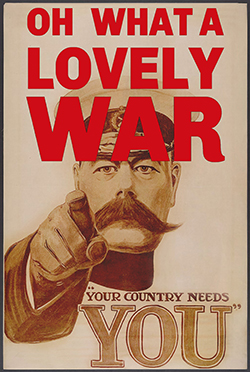 Oh What A Lovely War

Oh What a Lovely War broke new theatrical ground in 1963 when it viewed war from the perspective of the common soldier. The recent 100th anniversary of Armistice Day seems an appropriate occasion to revive this classic of modern theatre.

Created by the visionary director Joan Littlewood and her Theatre Workshop, the piece juxtaposes the playfulness of British popular culture and the nostalgic songs of the period against the horrors of the World War I. The audience experiences the contradictory emotions of pleasurable delight and political anger through music, imagery and storytelling. As the play progresses, the soldiers' songs become increasingly bitter and cynical, while the tunes themselves are inherently moving.

In The Sunday Times (London), Harold Hobson wrote that Joan Littlewood’s astonishing production was “stamped with originality, with entertainment and pathos, with the true life of the theatre.”

Special notes on this performance:

2018-19 Post-baccalaureate-in-Residence Becky Deihl: Was That a Question?

An Evening With Writer Linda Hogan

Poet and novelist Linda Hogan will read from a selection of her works, many of which connect to themes related to gender, indigeneity and the environment. 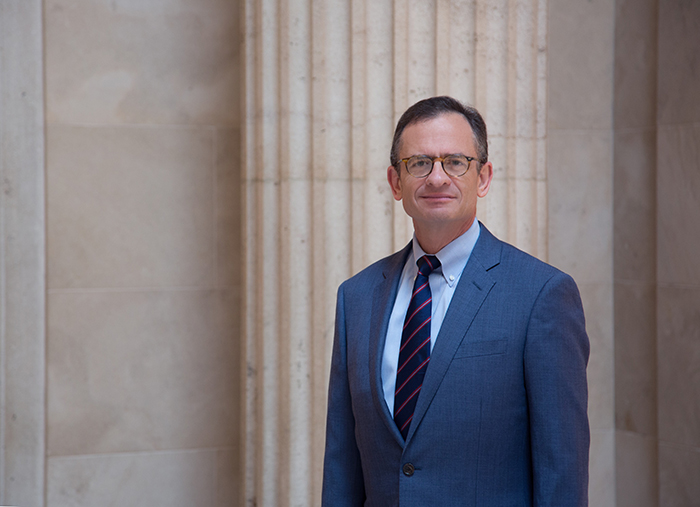 Museums, Society and the Public Interest

Weiss became the fifth president of the Metropolitan Museum of Art in 2015 and was appointed president and CEO in 2017. The Met is one of the largest and most diverse art museums in the world, with approximately two million objects in its collection, representing more than 5,000 years of artistic achievement; seven million visitors annually; and an operating budget of $320 million. This lecture is sponsored by the Department of Art & Art History. 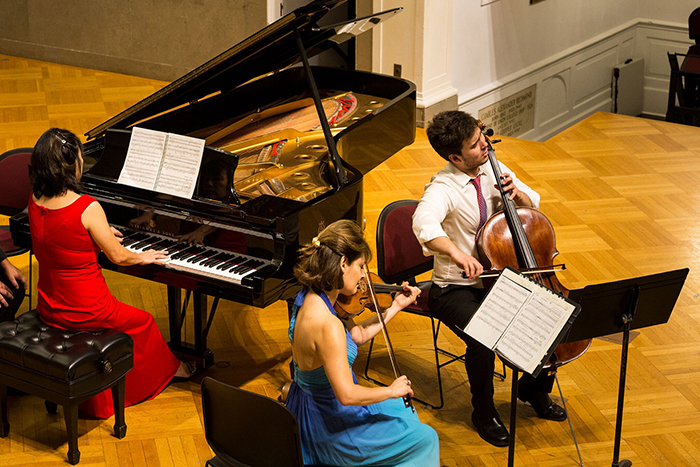 Four Strings Around the World by Boston Trio's Irina Muresanu 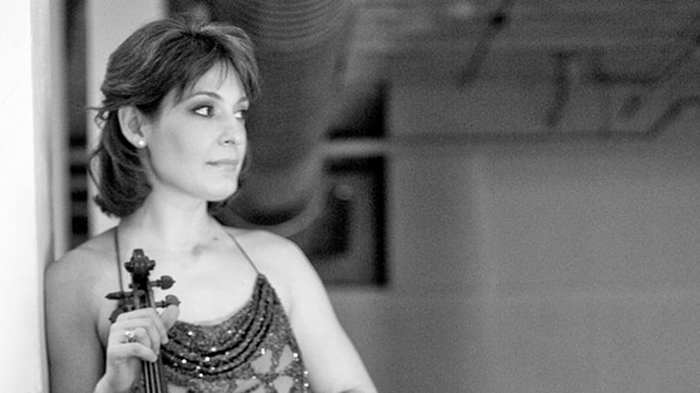 ‘As part of Boston Trio’s residency, violinist Irina Muresanu presents an exciting program, Four Strings around the World. This program of global resonance is a celebration of diverse musical cultures through the unifying voice of a single medium: the violin. The audience will experience:

“Four Strings Around the World not only extends the superbly talented Muresanu in new directions, but offers a glimpse into variations of violin technique and approach that would only be gleaned by attending concerts in various country fairs, Irish pubs, campfire gatherings and parlors. The only thing these works had in common was a kind of magical virtuosity that Muresanu regaled the audience with in a most facile manner."   —Keith Powers, Cape Cod Times

Wheel of Colors by Boston Trio

Artists-in-Residence Boston Trio present Wheel of Colors, a program featuring Jennifer Higdon’s Piano Trio (with movements "Pale Yellow" and "Fiery Red"); Joseph Haydn’s “Gypsy” Trio, with its vibrant theme-and-variations first movement and Hungarian-infused finale; and Eric Korngold's piano trio, which embodies the gold and glitter of the Viennese world in the beginning of the 20th century. A wide palette of musical colors will be showcased in this program, which brings works from the classical, romantic and contemporary repertoire.

All events are open to the public and are free, unless otherwise noted. Events listed in the Calendar of Arts are subject to change. Please contact the appropriate department prior to an event to confirm that it will take place as listed.