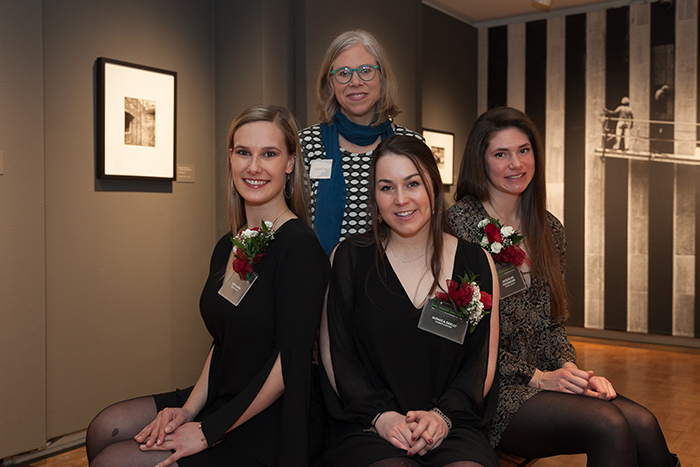 From Students to Sources

Lida Moser enjoyed tremendous success as a commercial photographer and as a photojournalist at a time when few women made their mark in that field. She also earned a place in the New York Photo League, a band of mid-20th-century photographers remembered for gritty black-and-white photos of one of the world’s great cities, but while fellow members like Weegee, Diane Arbus and Richard Avedon are widely known, she is a footnote in art history.

In later life, Moser mused that things might have been different if she had not spent so much time on assignment and had restricted herself to a singular, recognizable style. Four years after her death, senior art history majors Kate Marra, Monica Skelly and Jacqueline Hochheiser agree, and they make a compelling case in their original research.

The students are showcasing 45 of Moser's photographs in a capstone exhibition made possible by a fellow Dickinsonian who connected them with hundreds of her works and firsthand sources.

The exhibition is a final project for the senior art history majors, representing all they’ve learned during their time as undergrads. Together, they curated and designed a professional-quality exhibition, a yearlong process that includes photo selection, exhibition design and installation, and the production of an accompanying catalogue featuring original research. Marra penned an essay on Moser’s contributions as a socially conscious documentarian, while Skelly researched Moser’s portraiture, and Hochheiser wrote about the photographer’s travels to Pennsylvania, where she photographed the Amish community as part of a tourism campaign. 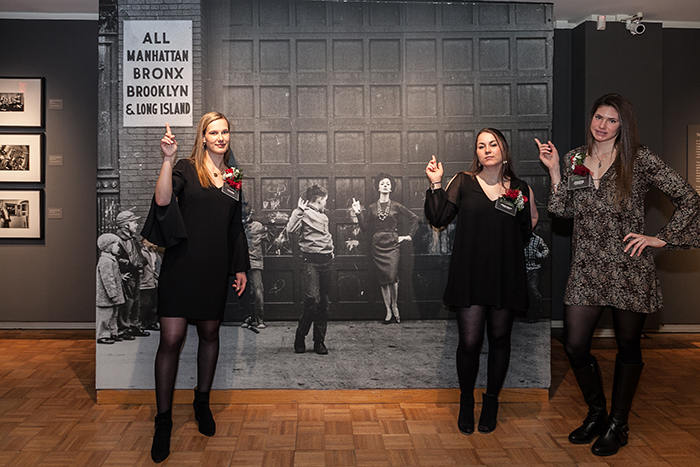 Most of the prints the curators selected were made available by Eric Denker ’75, a senior lecturer at the National Gallery of Art and former curator of prints at the Corcoran Gallery, who befriended Moser when she moved from New York to Washington, D.C., in the late 1990s. He also is the executor of her artistic estate.

Denker, a Dickinson trustee who periodically delivers art-history lectures and tours for the college, loaned roughly 500 Moser prints to the college for this exhibition. He also shared personal insights with the students and connected them with others who knew Moser well, including several family members, who screened a home movie of the artist’s 90th birthday party.

"Eric Denker was an instrumental part of our success, and his insights were truly invaluable," said Marra, who adds that as she and fellow students gathered information on the lesser-known artist, they also learned to frame and tailor their questions and create a constructive interview.

Moser's nephew, Rudy Hewitt, and cousins Stephanie Mason, Lynne Konstant and Erica Konstant attended the March 2 opening reception for the on-campus exhibition, which included portraits of Denker and of New York luminaries like musician Charles Mingus and painters Alice Neel and John Koch; works documenting the construction of the World Trade Center; street photography; and photographs Moser shot while freelancing for major publications and corporations in New York. The curators made the artist’s most famous work, “Mimicry (Judy and the Boys),” an exhibition centerpiece. An original print of the photograph, shot when a 1961 photo shoot went comically awry, was purchased by the Library of Congress in 1998.

The exhibition is the first public U.S. showing of Moser’s photographs since her death in 2014, and it is a valuable contribution, said Elizabeth Lee, associate professor of art history, who led the senior seminar.

"It's the first example of a scholarly attempt in the U.S. to put Lida Moser's photographs into historical context and situate them within the larger story of 20th-century American photography, and it's the most in-depth scholarly approach to her U.S. work to date," she said.