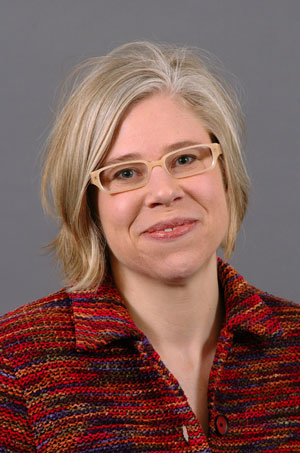 Professor Lee teaches courses in modern, contemporary and American art as well as art theory, art historical methods, gender and sexuality in art and the visual culture of medicine. Her research has been published in American Art, Archives of American Art Journal and The Journal of American Culture, among other publications. Her forthcoming book, "The Medicine of Art: Disease and the Aesthetic Object in Gilded-Age America," on the links between artistic production, health and illness, will be published by Bloomsbury Academic in 2021.

WGSS 201 Gender & Sexuality/Mod Am Art
Cross-listed with ARTH 219-01.Gender roles and sexual identity are central to the transformations that define what it means to be “modern” in America between the late nineteenth- and mid-twentieth centuries. Artists across a range of media, including painting, sculpture, photography and printmaking, have engaged the ever-changing boundaries of male and female, straight and gay. They have taken up these boundaries in profound and ordinary ways, both in conscious and unintentional ways. Drawing upon recent scholarship in American art, this course analyzes the shifts in the work of artists from the lesser-known nineteenth-century gender-bending printmaker Ellen Day Hale to the visual culture surrounding the notorious Oscar Wilde and, in the twentieth century, the sexual politics of such famous artist couples as Georgia O’Keeffe and Alfred Stieglitz, Lee Krasner and Jackson Pollock, Jasper Johns and Robert Rauschenberg.

ARTH 204 American Art
This course begins with the earliest depictions of indigenous people by European explorers and expands to consider how artists responded to the colonization and domestication of North American land. It considers how tensions around slavery in nineteenth-century American imagery played out differently across audience, medium and context and how slaves resisted narratives of white dominance and oppression. It also examines the impact of urbanization, immigration and the rise of consumer culture on the content and circulation of art, concluding with the social dislocation of the 1930s Depression and the onset of WW2. Students can expect to leave the course with a more complex understanding of American identity and cultural politics, while also developing crucial skills in critical reading, writing and visual analysis across a range of artifacts and media. Prerequisite: 101 or 102, AMST majors, or permission of the instructor.

ARTH 314 Contemporary Art
This course addresses a period of artistic production from the late 1960s to the present. It showcases key artists and artistic movements within a broad historical framework, highlighting major issues and important debates. Some of the themes discussed in the course include the changing nature of artistic practice in recent decades; the intersection of the body in contemporary art with issues of gender, sexuality, ethnicity and race; the role of art in public spaces; the rise of new media; the place of art within galleries, museums and other art-world institutions; the global nature of contemporary art; and art as an agent of protest and social change. Assigned readings include a variety of art historical analyses, artist interviews and writings, essays by art critics and other writers with backgrounds in such areas as philosophy, gender studies and critical race theory. Prerequisite: 102 or permission of the instructor.