Art in Culture, Art in Space 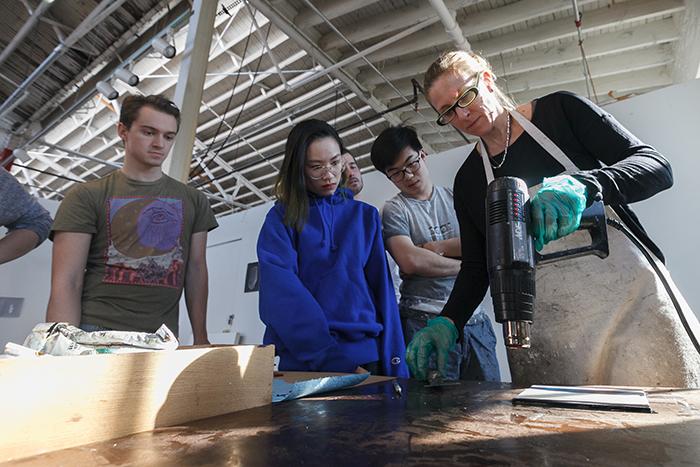 There’s an interesting relationship between Shoshannah White’s art and the spaces it inhabits—a sense of blurred boundaries between where environment ends and art begins. This month, you can see a bit of Dickinson in her work, and a bit of her work at Dickinson, during an exhibition of art she created during her six weeks on campus.

White is one of two Dickinson visitors who explore the interplay between art and place, space and culture through back-to-back artistic residencies.

White is a widely exhibited photography and installation artist whose work has appeared in major publications, including National Geographic, Newsweek and The Wall Street Journal. One of her pieces was selected as one of the top 50 installations in the U.S. by Americans for the Arts’ Public Art Network Year-in-Review 2012, and she is the recipient of an artistic residency funded in part by the National Endowment for the Arts.

The artist visits Dickinson as the college’s 2016-17 Sylvia J. Smith ’73 Artist-in-Residence, a program established by Sylvia Smith '73, a senior partner at a major Manhattan architectural firm and Dickinson trustee; past Sylvia J. Smith residents include Thomas Wharton and Feng Weina. Throughout her residency, White has worked in Goodyear Studios, where she held workshops and open studio sessions and offered individual critiques to senior studio-art majors, as they work on pieces for their senior show. Her works will be on display in Goodyear Gallery through April 22.

Dickinson will host an opening reception for White's monthlong exhibition on Tuesday, March 21, 5:30-7 p.m., in Goodyear Gallery. White will speak at 6 p.m. 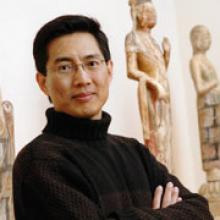 In 2016 Wang received an Academic Achievement Award from Japan in recognition of his book Shaping the Lotus Sutra: Buddhist Visual Culture in Medieval China. He is the art-history associate editor of the Encyclopedia of Buddhism (Macmillan, 2004), and he serves on the advisory board of the Center for Advanced Studies, National Gallery of Art, and on the editorial board of The Art Bulletin.

Wang visits Dickinson through the Jane L. and Robert H. Weiner Lecture in the Fine Arts program, sponsored by the Department of Art & Art History; recent Weiner lecturers include art historians Michael Fried and James Elkins, artists Mary Miss and Judith Schaechter and art critic Holland Cotter. Wang will present his March 23 lecture, "What Was the Terracotta Army For?" at 6 p.m. in Rubendall Recital Hall, Weiss Center for the Arts.