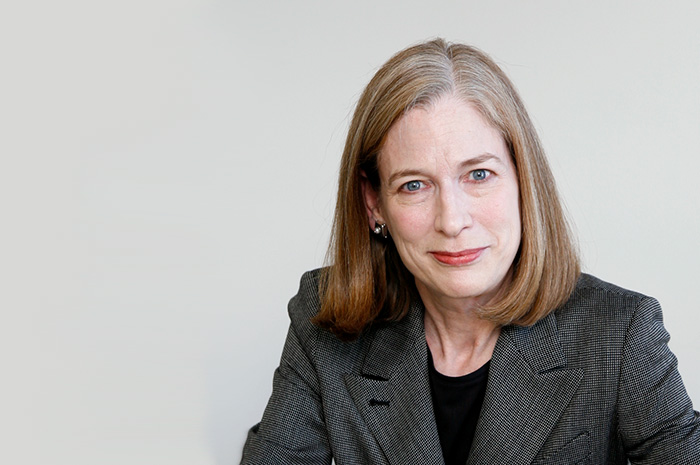 Sylvia Smith ’73 has closely examined both sides of this question, first as a fine-art and art-history major at Dickinson and later as a Dickinson trustee and senior partner at a major Manhattan architectural firm. This week, she returns to her alma mater to explore the ways the liberal arts provided a framework for her worldview, her art and her career.

In addition to meeting with students, Smith will deliver a lecture titled Reveal, Filter, Evolve, Effect: An Architect’s View of Liberal Thinking on Wednesday, Oct. 22, at 5:15 p.m. in Althouse Hall 106. A reception, which marks the opening of an exhibition of Smith’s architectural renderings, will immediately follow the lecture (Weiss Center for the Arts, Gallery 204). The exhibition will be on display through Nov. 4.

A self-described “activist for design [and champion of] its transformative and generative capabilities,” Smith earned a master’s in architecture at the University of Virginia in 1979. Three years later, she joined FXFOWLE Architects, a firm that has managed many high-profile projects, including the recent redesign of The New York Times building, the redevelopment of Philadelphia’s Penn’s Landing and expansions at Columbia University and the Julliard School.

Smith was named a principal partner in 1996, and a senior partner in 2008, the year she established FXFOWLE’s award-winning, 30-person Cultural/Educational Studio.

In addition to serving on Dickinson’s Board of Trustees (12 years) and on the FXFOWLE Foundation, Smith is a Dickinson College Metzger-Conway Fellow (2003) and a fellow of the American Institute of Architects (2008). She was named one of the top 100 and top 50 Women in Real Estate by Real Estate Weekly (2000 and 2004, respectively) and was awarded the Bernard Baruch Medal for Business and Civic Leadership in 2010. A LEED-accredited architect, Smith also serves as a board member for the Design Trust for Public Space.

Smith has taught and lectured at Dickinson, Ball State University, Parsons School of Design, Yestermorrow Design/Build School and at the University of Virginia School of Architecture. In 2007, she established the Sylvia J. Smith Visiting Artists Fund, which brings professional artists to Dickinson each year to work closely with students in the studio and present current works to the campus community.