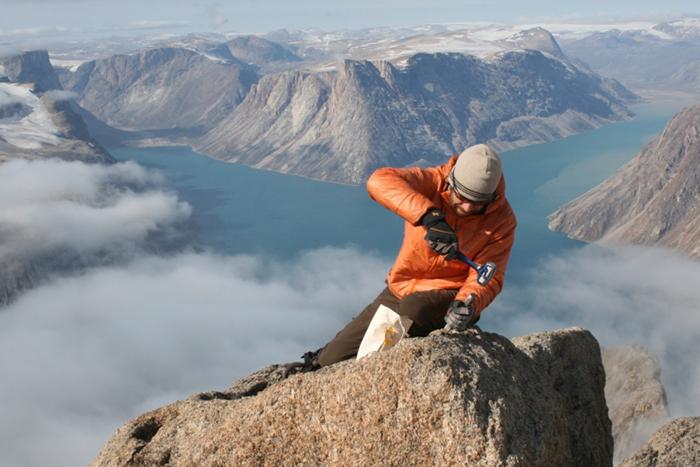 Dickinson will present the Sam Rose ’58 and Julie Walters Prize at Dickinson College for Global Environmental Activism to the Intergovernmental Panel on Climate Change (IPCC), the United Nations body for advancing and assessing knowledge on climate change and winner of the Nobel Peace Prize. The college and the IPCC announced this award during the COP26 United Nations Climate Conference in Glasgow. A delegation from the IPCC will accept the award at Dickinson’s Commencement on Sunday, May 22, 2022.

The $100,000 Rose-Walters Prize is bestowed annually on an individual or organization making a defining difference to advance responsible action on behalf of the planet, its resources and people. The 2022 prize honors the IPCC’s work producing and communicating scientific knowledge that is the foundation of informed and effective action on climate change.

For decades, the IPCC’s reports have informed and galvanized action by governments, businesses, nonprofits and activists to reduce climate-change risks. U.N. Secretary General António Guterres called the IPCC’s most recent report “a code red for humanity.” The IPCC's forthcoming publications are expected to further advance understanding of the risks of climate change for people, the environment and economic prosperity and to present options for limiting the risks by reducing emissions of climate-changing pollutants; capturing and storing carbon; and adapting to changes in climate that are not avoided.

“The work of the IPCC aligns strongly with the mission and values of Dickinson, making the IPCC a truly exceptional choice for the Rose-Walters Prize,” said Dickinson interim President John E. Jones III '77, P'11.

“The prize also celebrates the efforts of the thousands of scientists from many parts of the world who, with deep and diverse expertise, volunteer their time reviewing, interpreting, assessing and synthesizing the continually growing research on climate change to produce the science assessment reports of the IPCC,” said Neil Leary, director of Dickinson’s Center for Sustainability Education and former member of the IPCC editorial board.

Photojournalist and documentary filmmaker Michael Snyder '03 attended the COP26 conference to present his work covering climate change. "I was incredibly excited to find out that Dickinson has awarded the 2022 Rose Walters Prize for Global Environmental Activism to the IPCC," he said. "Few organizations have done as much as the IPCC to communicate the facts of climate change and the need to make policy decisions that are informed by scientific consensus. The award couldn't be more deserved," he added.

Dickinson and the IPCC will work together to plan a joint symposium, Climate Action: Science-Based Choices. Held on Dickinson’s campus in October 2022, the symposium will feature presentations and dialogues with scientists inside and outside of the IPCC, policymakers, business leaders, activists, and Dickinson students and faculty.

"The Rose-Walters Prize is a key example of Dickinson’s role in educating the climate leaders of today, with winners’ residencies making lasting impacts on students’ sustainability education," said Keziah Groth-Tuft '17, a former Baird Sustainability Fellow and now a referral coordinator at the Maryland Center for Legal Assistance who attended COP26 virtually. "The role the tremendous work of the IPCC has played in my and so many others’ legal arguments, briefs, policies, and calls to action around the world demonstrates why their work is not only an example of climate activism in its own right, but a catalyst for change around the world," she said.

The IPCC plans to use the prize money to further fund the IPCC Scholarship Programme, which provides scholarships for Ph.D. students from developing countries to conduct research that advances understanding of climate-change risks and response strategies.