The Visual Voice of the Planet 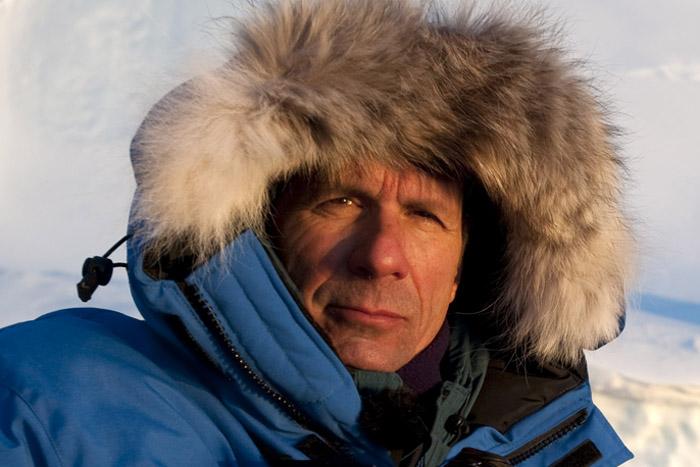 Author, scientist and award-winning photographer James Balog will receive The Sam Rose ’58 and Julie Walters Prize at Dickinson College for Global Environmental Activism at Commencement on Sunday, May 18. The prize was created to focus attention on the need to reduce the impact of human lives on the planet, particularly given the rising population predictions for this century.

For three decades, Balog, who founded the Extreme Ice Survey (EIS) and Earth Vision Trust, has been at the forefront of merging art and science and giving a “visual voice” to the planet’s changing ecosystems. To reveal the impact of climate change, Balog and his team undertook the most wide-ranging, ground-based photographic study of glaciers ever conducted. The results of this pioneering work are featured in the internationally acclaimed, award-winning documentary Chasing Ice and the PBS/NOVA special Extreme Ice. Shortlisted for the 2013 Academy Awards, Chasing Ice has been screened at the White House, the U.S. Congress, the U.K. House of Commons and the U.N. It has been the subject of features on NBC's Nightly News, ABC’s Nightline, the Late Show With David Letterman, Moyers & Company on PBS and Real Time With Bill Maher.

The third Rose-Walters recipient, Balog is the author of eight books, including ICE: Portraits of Vanishing Glaciers, Tree: A New Vision of the American Forest and Survivors: A New Vision of Endangered Wildlife, the last of which was hailed as a major conceptual breakthrough in environmental photography.

His work is in dozens of public and private art collections, including the Museum of Fine Arts, Houston; the Corcoran Gallery; the Denver Art Museum; and the Gilman Paper Company. It has been extensively published in most of the world’s major pictorial magazines, including Life, Vanity Fair and National Geographic, which showcased the EIS in major features in 2007, 2010 and 2013.

Balog, who lives in the Rocky Mountains near Boulder, Colo., holds a graduate degree in geography and geomorphology from the University of Colorado and has been honored with many awards, including the American Geophysical Union Presidential Citation for Science and Society, the Heinz Award and an honorary doctor of science degree from the University of Alberta. In 2009, he served as a NASA representative at the U.N. Conference on Climate Change (COP-15) in Copenhagen.

In addition to the $100,000, Dickinson’s Rose-Walters Prize includes a short residency during the academic year. The prize’s inaugural recipient was Bill McKibben, author, journalist and founder of 350.org. Last year, Lisa Jackson, Apple's vice president of environmental initiatives and former Environmental Protection Agency administrator under President Barack Obama, received the prize.
“Education is a necessity if we are to understand the problems facing the natural world and its inhabitants,” said Rose. “Julie and I wanted to endow the prize at Dickinson because we fully support the curriculum, which promotes student awareness of the environment and training for professional careers in the sciences as well as responsible living for the protection of all life forms.”