How to Change the World 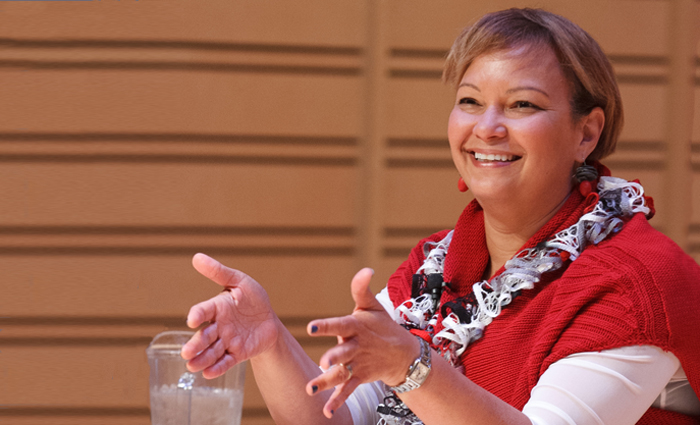 Lisa Jackson was a chemical-engineering major at Tulane University when news broke that a toxic-waste dump had been discovered in Buffalo, N.Y., at the site of the never-completed Love Canal. “The waste was a byproduct of the processes I was being trained to optimize,” Jackson recalled. “So I decided that there was no one better qualified to help clean up the toxic waste and prevent it than a chemical engineer.”

Nearly three decades later, Jackson was appointed administrator of the Environmental Protection Agency (EPA), where she worked for 23 of her 25 years in public service. In the four years since, she has been named one of Newsweek's Most Important People; featured twice on Time magazine's list of the 100 Most Influential People in the World; listed in Essence magazine's 40 Women Who Have Influenced the World; and profiled in O magazine for her work to protect the nation's air, water and land from pollution that threatens human health.

In May Dickinson awarded Jackson The Sam Rose '58 and Julie Walters Prize for Global Environmental Activism, and this week she visited for a two-day residency that took her to learning spaces across campus. “I fell in love with Dickinson during my first visit, and I’m very glad to be back at a college that is actively engaged in environmental issues,” said Jackson. “There’s transformative power in insisting that environmental issues are addressed throughout the curriculum.”

In class and on stage

Throughout, Jackson spoke passionately about the need to effect change at the local level and to foster cooperation between NGOs and the public and private sectors. She also offered advice to students planning to work in environmental fields and answered questions about her move to the private sector to become Apple’s first vice president of environmental initiatives.

Speaking during the Thursday-afternoon Q&A session, Jackson acknowledged that the environmental-protection movement has changed significantly since the incident at Love Canal spurred her to public service. And, she stressed, there is still much work to be done. “The key is in getting your generation and the communities you’re engaged in involved in these issues, because the closer you are to the community level, the more impactful you can be,” she told the students.

And, she added, they were well suited to meet that challenge.

“You’ve already made a good first step by coming here to a liberal-arts college, because the liberal arts focus not solely on what you’re going to do, but on who you’re going to be," she told the students. "If you’re doing this right, you will carry your values with you wherever you go and whatever you do. You might be the force that comes up and brings change.”

“To some extent, she’s preaching to the choir here at Dickinson,” said Morissa Glatman '14, an ALLARM volunteer who plans to work for a grassroots social-justice organization after graduating in May. “But as she said, there's still a lot of work to be done, and it’s up to our generation to do it ... There’s no guidebook telling you how to change the world. You just need to come together and collaborate, and figure out a way.”