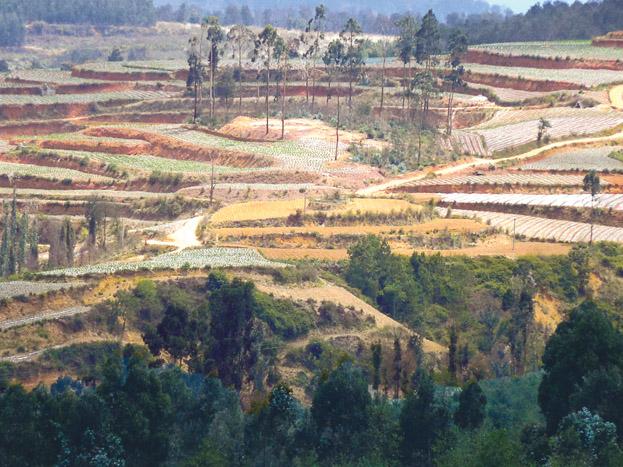 They burn half of the world’s coal. They build more solar cells than any other country. They are the planet’s largest CO2 emitter.  They rank first in the world in renewable hydro- and wind-power capacity. They produce so much pollution that scientists have compared air quality in their largest cities to a “nuclear winter.” They designed the first planned, self-sufficient, car-free city.

And when it comes to energy, the environment and sustainability, they are rife with contradictions. Yet, considering that they account for 20 percent of the world’s population, a global sustainable future depends on understanding this country of 1.3 billion as more than a distant “they.”

To do that, eight Dickinson professors, supported by a grant from the Luce Initiative on Asian Studies and the Environment, headed to China this summer to launch the Valley & Ridge Goes to China program. The goal: Go beyond the conflicting facts by seeing the country’s environmental challenges firsthand and bringing lessons back to their classrooms from the people struggling to guide the Middle Kingdom toward a cleaner future.

“To understand what’s happening there, you need to get beyond the images of China’s polluted cities that dominate the media,” explains Professor of Anthropology Ann Hill, who led the study group along with Professor of Earth Sciences Jeff Niemitz.

From Central Pennsylvania to East Asia

Sponsored by the Center for Sustainability Education (CSE), the trip was based on the successful Valley & Ridge program, which takes its name from the Appalachian Valley and Ridge that defines the landscape surrounding the college. Since 2008, the two-day summer program has helped more than 60 faculty members incorporate local, place-based sustainability issues into their courses.

Exporting the experience from the familiar environs of Central Pennsylvania to East Asia, however, meant going well beyond two days. After a 2013 planning trip to China’s Yunnan province, which Hill has studied for nearly two decades, she, Niemitz and Matt Steiman, assistant director of the College Farm, crafted a 21-day itinerary that included Yunnan Normal University’s alternative energy conference, Chengjiang’s early Cambrian geological site and a trip to the Jade Dragon Snow Mountain region in the foothills of the Himalayas. This summer, the rest of the study group joined them to see some of China’s contradictions for themselves.

“There were some real eye-openers,” says Professor of Earth Sciences Marcus Key, who’s incorporating examples of China’s unsustainable farming and water use into his Earth History and Energy Resources classes. “You could look out over the hills and see how almost every inch was terraced so they could farm as much of the land as possible. We saw huge dams where the lakes had dried to puddles because they’re in the midst of a five-year drought. But then you could see cities where the roof of every apartment building was filled with solar hot-water heaters. Everyone’s got them. So, when it comes to renewable energy at least, in some ways they’re far ahead of us.”

“Everyone came from a different field of study, so we had different reactions to everything we saw,” says Bruno. “I would look at the landscape and see how the people were using it. The earth scientists in the group would see the deeper history of the landscape from its stratigraphy, and all of our experiences were enriched by each other’s points of view.”

Similarly, when the scientists among the group saw how the Yunnan province’s indigenous farmers were struggling to wrest a living from a landscape scarred by decades of deforestation and erosion, the social scientists were able to provide political and historical context. In some areas, farming practices that worked well for centuries when local people were nomadic turned destructive after they were forced by the government to settle in permanent villages in the 1950s.

“Central government policies have played a big role in environmental degradation, especially deforestation,” says Hill. “You can never talk about China without talking about history, culture and government policy.”

This multidimensional view, says CSE Director Neil Leary, is the best way to approach sustainability. “Problems like climate change are complex and call on multiple areas of expertise,” he explains. “You need to look at the science, the social issues, the political issues. That’s why we take an interdisciplinary approach in everything we do with sustainability at Dickinson. And when you’re looking at another country, where you’re going to have to collaborate with people from different cultures, that approach is even more vital.”

In addition to examining these issues across a range of disciplines, the faculty met with professors from Yunnan University, the Yunnan Academy of Social Sciences and Yunnan Normal University as well as local party officials and entrepreneurs exploring biogas, sustainable farming practices and other environmental initiatives in the region. Their conversations not only revealed new information but also provided insight into the cultural differences that manifest themselves in the disparity between how Americans and the Chinese view nature.

When Strock gave a presentation on America’s clean-water policies to the Yunnan Academy of Social Sciences, for instance, she was surprised to see how her audience responded to the concept of dam removal. “They were looking for answers to their environmental problems but were realistic about the need to support a large population,” she explains. “These conversations provided the kind of insight I wouldn’t be able to get without being there and meeting with the people.”

Bringing lessons back to the classroom

Now, having returned to Carlisle, Strock and the other professors are incorporating what they’ve learned into courses ranging from philosophy to archaeology. And they’ve brought that interdisciplinary, cross-cultural approach back with them as well. Pfister, for instance, is using examples of how policies in the Yunnan province affect the environment in his units on entropy in his introductory and advanced physics courses, while Niemitz is featuring case studies of China’s role in climate change in the Global Climate Mosaic, which will be taking students to Peru later this year to observe countries trying to hammer out climate-change policies at the United Nations Framework Convention on Climate Change.

So while the faculty were the ones who observed China’s struggles with sustainability firsthand, their students—who will be the ones grappling with global sustainability challenges in the future—are the ones reaping the benefits.

“This program typifies the way Dickinson prepares students for the future,” says Niemitz. “Any solution to the looming climate crisis is going to have to be a global solution. That means you’re going to wrestle with different cultures, different political systems. To do that, you need to have a deep understanding not only of the science but also of how that science interacts with people. This generation is going to be one of the first to feel the impact of climate change. By combining an interdisciplinary approach with sustainability and with global study, we’re uniquely situated to help students to take on that challenge.” 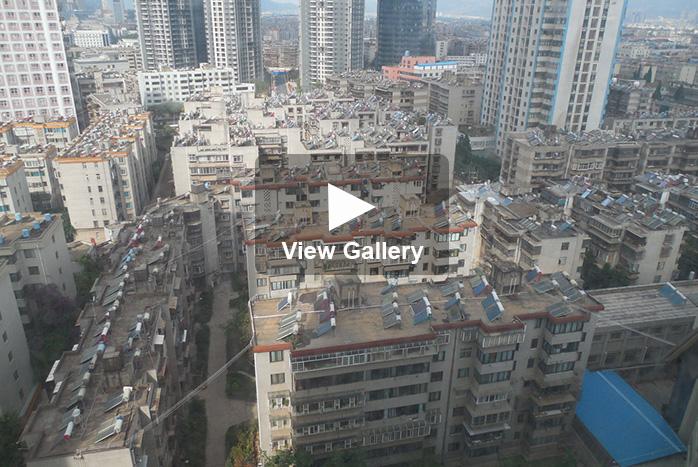 Valley & Ridge Goes to China was far from the first or only innovative way Dickinson has embraced China in its curriculum. The college’s first study-abroad program in China operated during the 1920s. Subsequent political upheaval and Mao Zedong’s rise to power made the trip impossible in the following decades, but in 1962 Dickinson launched its first formal East Asian courses, 10 years before Richard Nixon’s historic meeting with Chairman Mao.

During the next few decades those courses grew into the East Asian Studies Department, which was launched in 1984 with the help of a grant from the National Endowment for the Humanities. The second (and current) Dickinson in China program launched in 1992 and grew exponentially over the next two decades, moving to Peking University in 1998, incorporating a home-stay option in 2002 and doubling in enrollment during the early 2000s.

More recently, Dickinson earned a grant from the Luce Initiative on Asian Studies and the Environment that has enabled the college to assemble a 15-member faculty study group exploring new ideas for incorporating Asian environmental content into academic courses and research, host a series of lectures on campus by Asian scholars with expertise in environmental issues and pilot multi-disciplinary summer immersion programs for students in Shanghai in 2012, then in Japan in 2013 and — coming up in 2015 — in Jingdezhen, a Chinese manufacturing town famous for its pottery.

“Asian studies and environmental studies are not a traditional pairing, but the combination is natural for us given Dickinson’s strength in global education and our leadership in sustainability,” said Dickinson Provost and Dean Neil Weissman when the grant was first announced. “This gives us an opportunity to demonstrate the impact of sustainability across national borders and to expand the study of Asia at Dickinson across academic borders.”

Valley & Ridge Goes to China built on this long history of engagement, ensuring that even students who don’t study abroad in China or take East Asian studies courses learn about sustainability issues in the region that will likely have the biggest impact on global environmental concerns for some time to come. Additionally, the program deepened and expanded many of Dickinson’s long-standing partnerships in the region.

“The relationships we cemented with Yunnan University and other colleagues in China are really another great outcome of this trip,” says Hill, noting that members of the Valley & Ridge Goes to China study group plan to collaborate with paleontologists, professors and entre-preneurs in the region. “That’s important because it’s not just about what we can take from this one experience but also how we can build on this experience going forward to continue to enhance the study of China across the curriculum.”