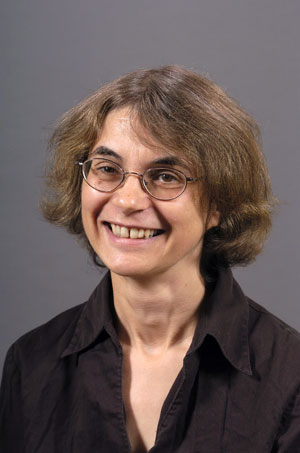 Her interests include the history of modern philosophy; the problem of knowledge and skepticism; philosophy of science; ethics both pure and applied to such areas as the environment, the status of women, medicine and public policy.

PHIL 202 17th & 18th Century Philosophy
This course treats the Rationalists, Empiricists and Kant, with particular emphasis on issues in epistemology and metaphysics, such as the possibility and limits of human knowledge, the role of sense perception and reason in knowledge, the nature of substance, God and reality.Prerequisite: one prior course in philosophy or permission of the instructor.

PHIL 254 Philosophy of Science
This course considers such issues as the distinction between science and non-science; the relation of evidence to scientific theories; truth and rationality in science; competition among theories; the nature of scientific explanation; methods of scientific thinking; the impact of science on society. Prerequisite: one prior course in philosophy or permission of the instructor.