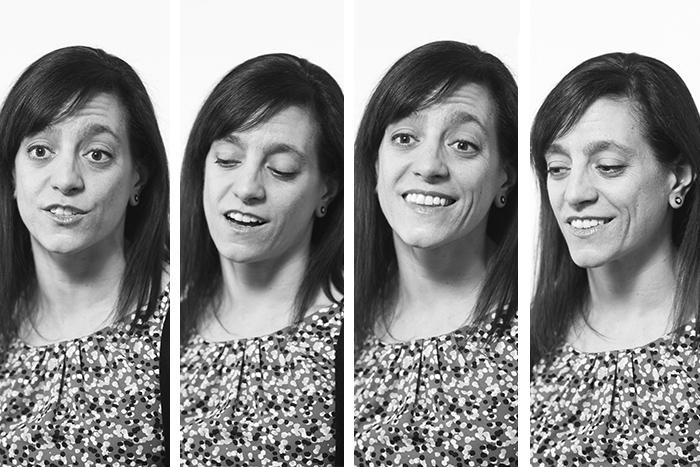 Assistant Professor of Archaeology Maria Bruno discusses her research in the Andes, the quinoa boom and the complex history of a place called Camp Michaux.

You’re leading a three-year archaeological project at nearby Camp Michaux, which has a fascinating history. What is your team of student researchers contributing to our knowledge of this site?

When I arrived at Dickinson three years ago, I was introduced to David Smith with the Cumberland County Historical Society. He’d been seeking assistance from local archaeologists about how best to preserve the archaeological remains at this fascinating place near Pine Grove Furnace on South Mountain, now known as Camp Michaux. It was first home to a family farm that eventually served the Pine Grove Iron Furnace in the late 19th century and operated until 1919, when it became state forest. In 1933, it became the locale of Pennsylvania’s first Civilian Conservation Corps (CCC) camp, where the young men did restoration work after deforestation during the Iron Ore era.

When World War II started, the government decided this fairly hidden CCC camp would be a good place for prisoners of war, and it housed primarily German prisoners but also some Japanese prisoners, until the end of the war. The buildings were then leased to two churches and served as a summer camp until 1972, when neither the churches nor the state wanted to maintain them. The superstructures were dismantled but many of the foundations remain.

Smith and the Camp Michaux Recognition and Development Project have been compiling the rich historical information on the site and have also developed a nice walking tour of the area, but there is much to be learned from an archaeological perspective, which relies on the materials left by the people who lived there. Many aspects of daily life go unrecorded in historical records, and historical maps or accounts can some times be inaccurate. So archaeologists play an important role in filling out these gaps.

Perhaps more important is the need to learn more about the site to better preserve it. Although this is not my particular area of expertise, I thought that this would be a great project to undertake as part of my class, Archaeological Method and Theory, where students learn basic archaeological methods to reconstruct past lives. We are in year two of the project. As the students learn about archaeological survey and how to record archaeological sites and features, they are contributing to a systematic archaeological assessment of this important area that will be presented to the various government agencies that monitor and regulate these resources.

Dickinson is working in partnership with many organizations to make this project a reality. What are the goals?

There are several organizations who granted the permission to carry out the work and have aided us in providing guest lectures and instruction to the class, as well as great encouragement regarding the importance of the project, including the Pennsylvania Historical and Museum Commission, Pennsylvania Department of Conservation and Natural Resources (Michaux State Forest), and Appalachian Trail Conservancy—particularly the South Mountain Partnership. The goals are to systematically record the archaeological resources in a 1,650- by 900-meter area surrounding the historically known camp area.

The class starts with background literature searches of published and archival records and similar archaeological contexts in other parts of the U.S. It then examines the topography, vegetation and hydrology of the area from aerial perspectives through a GIS developed by instructor Jim Ciarrocca and his student assistants. Finally, the best part, fieldwork: walking established grids looking for archaeological remains; recording features, such as foundations or charcoal hearths with cameras, GPS and compasses; and a little work with Total Station mapping equipment. The students learn a great deal, and we are contributing to a better understanding of this amazing place. And it’s really fun work!

Tell us about your research on the domestication of the quinoa grain.

I focus on the origins of agriculture  in early complex societies in the Lake Titicaca Basin of the Andes. I work primarily in Bolivia on the Taraco Peninsula. Part of this work has focused on how, when, where and why quinoa was domesticated by the people of the Andes. From an archaeological perspective, I examine various characteristics of ancient quinoa and wild quinoa seeds recovered from archaeological sites using Scanning Electron Microscopy. In doing so, I can determine if a seed is domesticated or not, and get it radiocarbon dated. My work has focused primarily on how farmers on the Taraco Peninsula changed their cultivation and management of quinoa over time, eventually leading to the big white and red grains we buy from grocery stores.

What are the myths and facts associated with the “quinoa boom” of the past decade and the impact on Bolivian quinoa growers and consumers?

When I started my research on quinoa in graduate school, only people who shopped at health-food stores had heard of it! Due to the increased popularity in the U.S. and Europe, news reports surfaced blaming global demand on unaffordable prices for Bolivian consumers. This scenario was much too simplistic and in some aspects erroneous. The quinoa producers still have plenty of quinoa to eat. But the additional income is helping them to purchase other foods they could not previously afford, such as fruits and vegetables. As a result, their diets are more varied, which is a good thing. Bolivians living in urban areas such as La Paz or Santa Cruz, who may have only eaten quinoa on occasion, if at all, did see an increase in the price. While there certainly are issues to be aware of, such as sustaining the land upon which the quinoa is being produced, most experts, such as Pablo Laguna, a professor at El Colegio de Michoacán, Mexico—who visited campus last fall as part of the events organized for UNESCO’s 2013 International Year of Quinoa—say that we should continue to buy Bolivian quinoa because the additional income has brought many positive changes to the lives of the quinoa farmers.