Working to Reduce Our Emissions 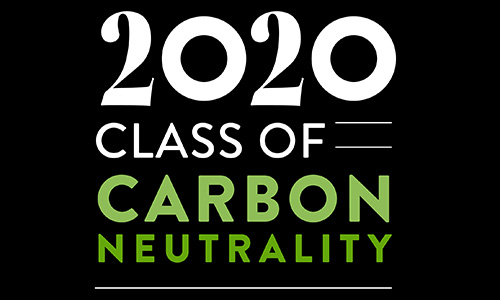 Dickinson details its plan to achieve climate neutrality by 2020 in our Climate Action Plan originally created by students, faculty, staff and administrations in 2008-2009. Our inclusive and transparent process was revisited in 2013. The Climate Action Task Force was established by the President's Commission on Environmental Sustainability (PCES) to assess progress toward climate neutrality, identify and evaluate options for reducing greenhouse gas (GHG) emissions, develop recommendations, and present a draft plan of priority options to the campus in April 2013.

The work of the Climate Action Task Force was organized around four teams:

From the support of Dickinson's Climate Action Task Force, a project list was developed that is informed by detailed energy audits and analyses for selected buildings that was conducted by the Stonehouse Group in 2013. This list is being prioritized by Dickinson's Office of Facilities Management.

The list of projects include measures to conserve energy, increase the efficiency with we use energy, and shift to renewable and low-carbon forms of energy.  Financial analysis of the planned projects indicate that they will pay for themselves through reduced energy expenditures over the lifetimes of the projects. However, the projects will require upfront investments of approximately $3 million from 2014 through 2020. To finance the investments, a green revolving fund has been established with an initial allocation of $300,000. The fund will be replenished and enlarged each year by energy cost savings realized by the projects. The first group of projects were implemented in FY 2015 and are projected to more than payback their full investment costs within a year.

The balance of our emissions will be offset through Renewable Energy Certificates, carbon credits, and projects with partners to reduce emissions of other entities.