Dickinson College reached carbon neutrality in 2020, reducing our net emissions of greenhouse gases from nearly 15,000 metric tons of carbon dioxide equivalent (MTCO2e) in 2008 to less than zero in 2020. We are one of the first 10 colleges and universities in the nation to achieve carbon neutrality. We reduced our emissions through energy conservation efforts, energy efficiency improvements, development of a 3-megawatt solar field under a power purchasing agreement, purchases of Renewable Energy Credits and purchases of carbon offsets to help finance emission reductions by others.

Dickinson’s commitment to act decisively on climate change began in 2007 when we joined with 19 other institutions as Charter Signatories of the American College and University Presidents’ Climate Commitment. The Carbon Commitment, as it is now called, has been signed by over 400 colleges and universities. Signatories commit to integrate teaching about climate change and sustainability into their educational programs; measure and report their emissions of greenhouse gases (GHGs); adopt and implement a plan to reduce emissions; and become carbon neutral by cutting net emissions to zero by a date of their choosing.

Dickinson produced its first GHG inventory in 2008 and adopted its Climate Action Plan in 2009. The plan set ambitious targets to reduce gross emissions 25 percent by 2020 and net emissions to zero in that same year. Greenhouse gases emitted by Dickinson include carbon dioxide (CO2), nitrous oxide (N2O), methane (CH4) and a variety of fluorinated gases. Gross emissions include gases emitted directly by Dickinson through activities such as burning fuels to heat the campus, traveling in college-owned vehicles, using refrigerants and raising livestock (Scope 1); gases emitted by electric utilities that generate electricity  purchased by Dickinson (Scope 2); and gases emitted by others as a result of providing travel services and paper to the college, treating our wastewater, employees commuting and students traveling by air to study abroad (Scope 3). Net emissions are equal to gross emissions minus the carbon value of Renewable Energy Credits and carbon offsets.[1]

Our path to achievement of these goals is shown in Figure 1. The shares of emissions from Scope 1, 2 and 3 sources in 2020 are shown in Figure 2. Dickinson is in the process of updating its Climate Action Plan to set new goals for the future and establish new strategies to further reduce our gross emissions. 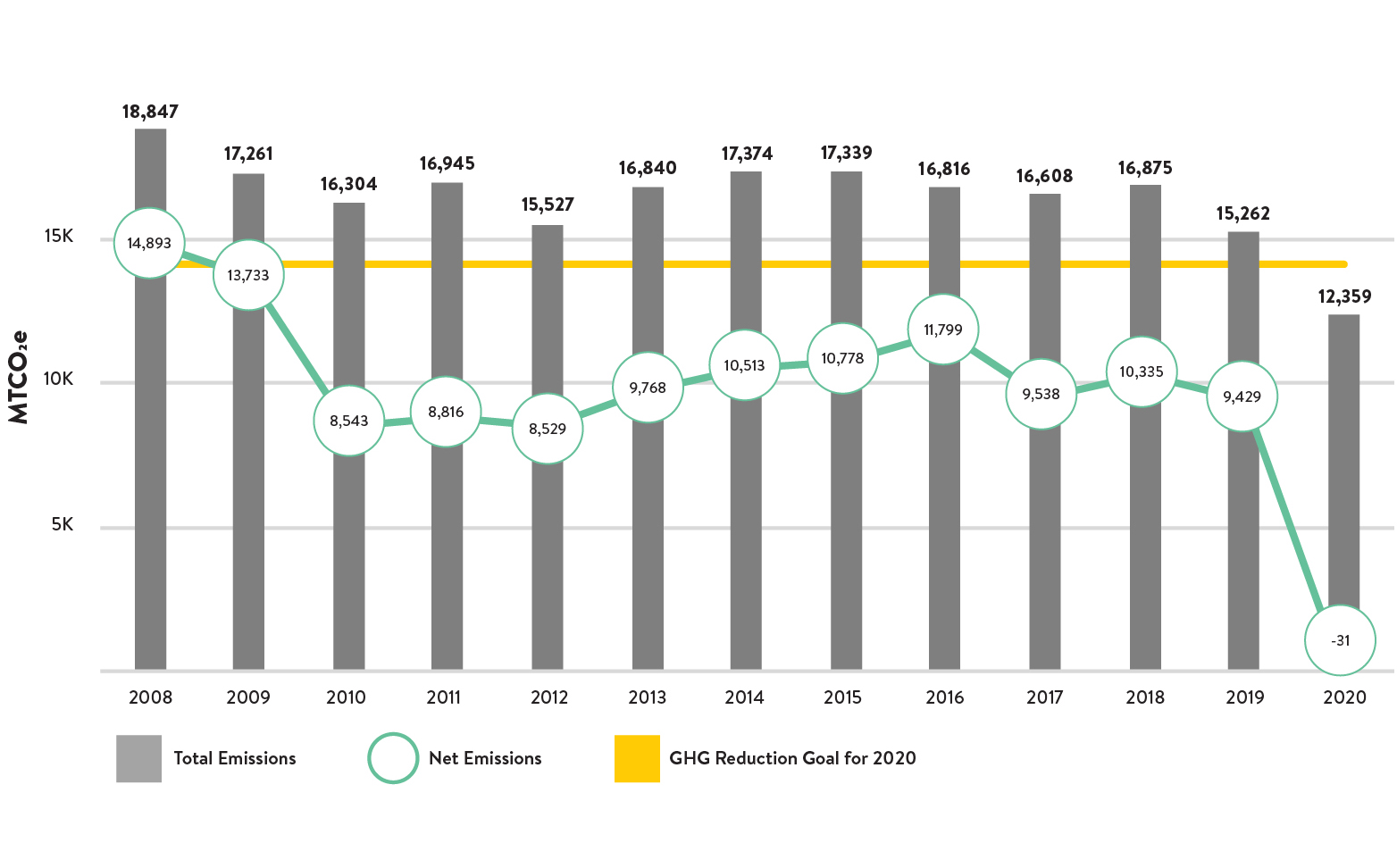 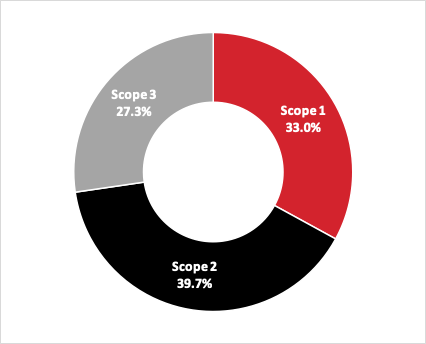