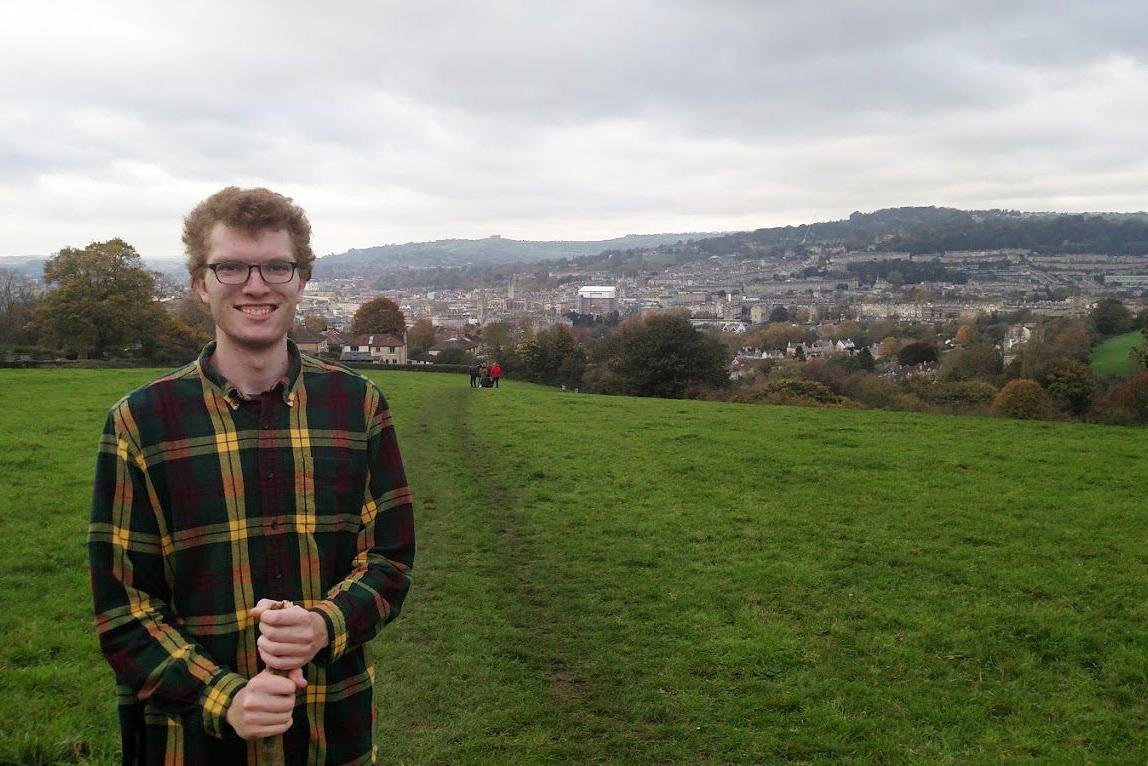 An avid history aficionado, Hugh Downs ’19 discovered his love for the classics while taking a class on Ovid at Dickinson. Enhanced by an incredible study abroad experience that included Bath, England, Carthage and Rome, he found ancient history brought to life. And thanks to a Dana Research Assistantship, he had the opportunity to do student-faculty research with Christopher Francese, the Asbury J. Clarke Professor of Classical Studies, working to create a modern digital edition of a 16th-century Portuguese text, an experience he hopes will promote him toward his goal of becoming a research librarian.

The Lord of the Rings trilogy.

I was deciding between Dickinson and Franklin & Marshall, but after visiting both, I liked Dickinson’s campus a lot more, and thought that I would fit in better here. Being awarded the John Dickinson Scholarship also helped!

The Latin class I took on Ovid with Professor Christopher Francese in the spring of my first year. It was fun to read all the myths, and it’s why I’m a classical studies major today.

I’ve wanted to study history since sixth grade, so I knew going into college that that was what I wanted to major in, but I didn’t originally plan on doubling up with classics. I had taken Latin throughout middle and high school but never really considered it as something I would want to pursue further after graduating. However, after taking a class on Ovid with Professor Francese to fulfill the language requirement, I realized that I really enjoyed reading Latin, and I didn’t want to stop, so I declared it as a double major the following fall.

[Assistant Professor of Classical Studies] Scott Farrington. He is super helpful, provides great feedback and has a great sense of humor, so his classes are always entertaining!

I studied abroad last fall in Bath, England, on a partner program. This was the first time I’d been out of the country, so the highlight of my experience was getting to travel. As a classics major and Roman-history nut, my favorite trip was to Carthage (in Tunisia) and Rome, because I’d read so much about these places but had never gotten to see them in person.

I’d like to get a master’s in library science and become a research librarian, but I want to take a year or two off first to work.

The cafeteria would always have two lines open so there would never be a long wait to get food.

I can fit an entire cupcake in my mouth.

Dickinson is what you make of it.

This past summer, I received a Dana Research Assistantship to help Professor Francese create a modern digital edition of the 16th-century Portuguese text, Historicum Indiarum, written by a Jesuit missionary named Maffeius. The work was written in Latin and provides a history of the Portuguese colonial empire from about 1400 to around the mid-1500s. My job was basically to use the original Latin text and create an index of all the peoples and places that are mentioned in the text with any information I could find that would help ID them for a modern audience. At times, this process was frustrating, and I hit a lot of dead ends, but I learned that research could also be incredibly rewarding and satisfying as well, especially when you finally find what you were looking for.

It’s OK to admit when you aren’t doing well and to ask for help.