Every year during Alumni Weekend, Dickinson's Distinguished Alumni Awards recognize outstanding alumni who demonstrate exemplary service to the college, accomplishment in their professional and civic lives and strength of character. Selected by the college's Alumni Council, these exemplary Dickinsonians will come back to campus this June to receive their awards.

Nominate someone for next year's volunteer and alumni awards before Oct. 15. 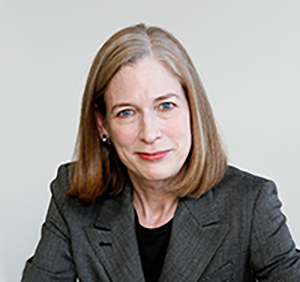 Sylvia Smith is a LEED-accredited, award-winning architect and senior partner at FXCollaborative Architects; under her direction, the firm has designed recognized projects across the U.S. and around the world. As a member of Dickinson’s Board of Trustees since 2003 and as chairperson of the Facilities Committee, she’s brought her insight and expertise to construction projects for renovated and new facilities, including Rector Science Complex, Althouse, Admissions House and the Kline Fitness Center. Smith has served Dickinson as a Mermaid Society member since 2007, as a JDS member since 2008 and as a Metzger-Conway fellow. The former fine arts major fosters a love of the arts through the Sylvia J. Smith Visiting Artists Fund, established in 2007 to bring up-and-coming professional artists to Dickinson each year for an intensive residency during which they work directly with students.

“I came away from Dickinson with such rich experiences, and that gave me an incredible foundation,” Smith says. “Having the opportunity to continue to be a part of the college community and support others’ experiences is rewarding to me. It’s gratifying to be a part of an institution that has done so much and to do what I can to perpetuate and strengthen it.” 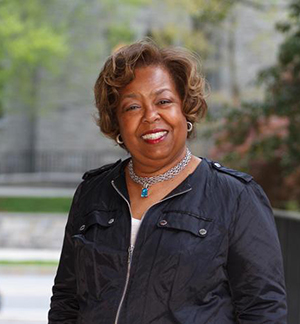 Rosalyn Robinson is a judge in the Philadelphia Court of Common Pleas, a career she launched after serving as deputy general counsel for the Pennsylvania governor’s office (1983-93), Philadelphia district attorney (1974-79) and chief counsel of the newly created Department of Aging (1979-83). In her home city, she gives back through the Philadelphia chapter of the Girl Friends Fund, supporting low-income African American students, and the Penn Towne Chapter of The Links, Incorporated, one of the oldest and largest volunteer service organizations of women. At Dickinson, she’s an emeritus trustee who’s also served as Alumni Council president, Metzger-Conway fellow (1985), alumni admissions representative, Student Life Task Force member, Dickinson Fund class chairperson and as a member of several class reunion committees. In 2000, Robinson established the Rosalyn K. Robinson Scholarship Endowment Fund, helping to ensure that a new generation of talented students can access the level of educational opportunities she enjoyed. She recently established a fund to honor Dickinson's Popel Shaw Center for Race & Ethnicity.

“I’ve always felt that my Dickinson education prepared me well, and it instilled in me a love of clubs, and a love of learning,” she says. “It made me willing to try to learn almost anything I’m interested in.” 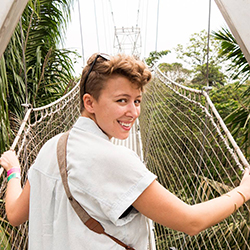 A passion for politics and writing led Siobhán O’Grady to a career in foreign correspondence. She is currently based in West Africa, and she has lived and reported across the continent, chasing stories from South Sudan, Nigeria, the Democratic Republic of the Congo, Uganda, Kenya, Senegal, Ghana and Togo. She reports across a broad spectrum, covering conflict, human rights, art, war crimes and refugee crises. Through her reporting, O'Grady seeks to share stories of human resiliency and innovation, especially in parts of the world that Americans often overlook. She is a two-time grant recipient from the International Women’s Media Foundation and a 2017 International Reporting Project Fellow in Nigeria. Her work has appeared in The New York Times, Los Angeles Times, The Washington Post, The Atlantic, Foreign Policy and Foreign Affairs, among other outlets.

“My own community of Dickinsonians continues to inspire, support and awe me,” she says. “And my career would not be possible without them or the education Dickinson provided to me.” 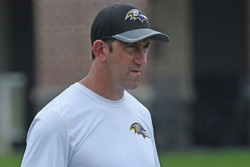 Scott Cohen is now going into the 26th season of his NFL career, which began as an intern with the Washington Redskins during his time at Dickinson. Currently, he is an assistant coach and opponent analyst with the Baltimore Ravens. He writes weekly reports for the coaching staff for opponent preparation while running opponent-related research projects and monitoring top team/NFL trends. Before the Ravens, he was assistant general manager with the New York Jets and director of pro personnel with the Philadelphia Eagles as part of six teams that reached the conference championship.

Still deeply involved with Red Devils football, Cohen was instrumental in planning a memorial service for former football coach Ed Sweeney on campus. He also has taken the lead in creating Dickinson’s new Alumni Football Leadership Council, a group of all football alumni focusing its efforts on fundraising, recruiting, networking and mentoring. “My experience with Dickinson’s football program was very meaningful,” Cohen says. “The memories of success we had along with the players and teammates that I am still close with to this day, those are lasting memories. This is a great time to get the alumni engaged with the new coach and help the program create a winning environment.”

The college's volunteer awards are presented to distinguished alumni and parent volunteers who have demonstrated outstanding commitment to Dickinson through their consistent and dedicated service. This year's volunteer award recipients are as follows:

Kristin Holdt Pracitto has been a member of the Dickinson Admissions Volunteer Society since 2008, helping to increase Dickinson’s presence. As a captain, Pracitto has taken a leadership role in organizing other alumni in Connecticut and Rhode Island to conduct interviews. She has attended college fairs, conducted interviews (this past cycle she conducted 12 interviews), attended Dickinson’s Interview Day and reached out to the parents of admitted students. She has served on the Alumni Council since 2013 as secretary.

Scott Braybrooke became a member of the Dickinson Admissions Volunteer Society in 2016. He has conducted numerous interviews (this past cycle he conducted 15 interviews), attended college fairs and reached out to the parents of admitted students to answer their questions as they envision their children joining the Dickinson community. Braybrooke also works directly with Phil Moreno, director of West Coast recruitment, to help increase Dickinson’s presence in California.

As a supporter of career activity at Dickinson, Brian Dorfler has pretty much done it all. He has hosted groups of students visiting NBCUniversal through our Career Connections events; attended numerous networking receptions; hired students into full-time positions; helped other students navigate the internship application process at NBC; been one of the first alumni to host January externs through our new program; and finally made himself available to countless students to discuss his path, human resources and careers in the media and share his insights and advice with them. In short, Dorfler has been the model of what Dickinson alumni can be toward the college’s students, and he is an inspiration to other alumni as well as to the students he has connected with over many years.

Mary Jeanne Reynolds de Groot is one of Dickinson Magazine’s longtime class correspondents, and she has been an exceptional and regular contributor. Her class may be small, but she puts a mighty effort into keeping readers up-to-date on their activities. But de Groot goes beyond just reporting updates. She takes great time and care to write columns that take readers on regular walks down memory lane. She keeps her classmates connected to Dickinson by writing about moments and events they all shared, often connecting those moments and events to what’s happening on campus today. De Groot is an exceptional example of a class correspondent.