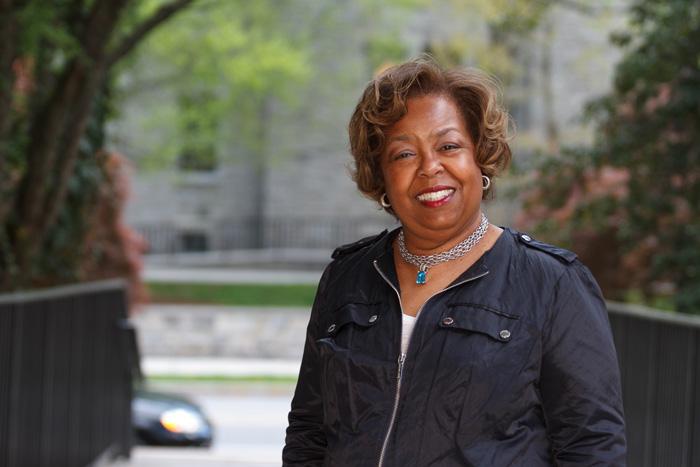 When Rosalyn Robinson '68 thinks about the cost of higher education today, Langston Hughes comes to mind. Considering what happens to students who can't afford the college education they need, she asks the central question of his poem "Harlem": "What happens to a dream deferred?"

It's a question she did not have to ask herself as a student, thanks to the scholarships that made Dickinson possible for her in the mid-1960s. "Receiving a scholarship to attend Dickinson engendered so much heartfelt gratitude that I still keep the telegram I received awarding me the scholarship," recalls Robinson, who also received support from a scholarship from the United Steelworkers, of which her father, who worked at Alan Wood Steel Co. in Conshohocken, Pa., was a member. "The donors who contributed to the college more than 50 years ago enabled my dream not to be deferred. In fact, they enabled my dreams to be realized beyond my greatest expectations."

After graduating from Dickinson in 1968, Robinson moved to New York City to work in a major bank's management-training program. Despite majoring in political science, she found herself well-prepared for the world of finance because of the personalized liberal-arts experience she had at the college.

"Dickinson opened my horizons through the personal attention given by so many professors," she recalls. "The one-on-one conversations with faculty, the dinners at their homes, and the leadership opportunities I had fully prepared me to compete with my fellow employees at every level."

Robinson next moved on to Boston College Law School, where she earned her J.D. in 1973. In a law career dedicated to public service, she worked as assistant district attorney for the City of Philadelphia, chief counsel for the Pennsylvania Department of Aging and deputy general counsel for the Pennsylvania Governor's Office. In 1997, she was elected judge on the Philadelphia County Court of Common Pleas, where she still serves today.

None of this, she feels, would have been possible without her Dickinson education. "Dickinson gave me a broader vision and instilled in me the belief that I could reach greater heights—ones I may have considered unattainable," she explains.

Accordingly, she has been a committed volunteer and donor throughout her career. In addition to serving as a reunion committee and Dickinson Fund chair, she has been a member of the Board of Trustees (she is currently an emerita trustee). To ensure that future students don't have their dreams deferred she has consistently supported scholarships at the college, and in 2000 she endowed the Rosalyn K. Robinson Scholarship.

Today, when Robinson thinks of the current and future students she's helping to attend Dickinson, she has this advice:

"Let not your dream be deferred. You are on a path of lifelong learning inside the classroom as well as outside the classroom. Pursue your curiosity, embrace it and nurture it. Keep an open mind, with a vision toward opportunities just over the horizon. Above all, remember that though you may not know most of us by face or by name, there is a powerful community of alumni around the globe invested in your future."