Starting Early ... and Never Giving Up 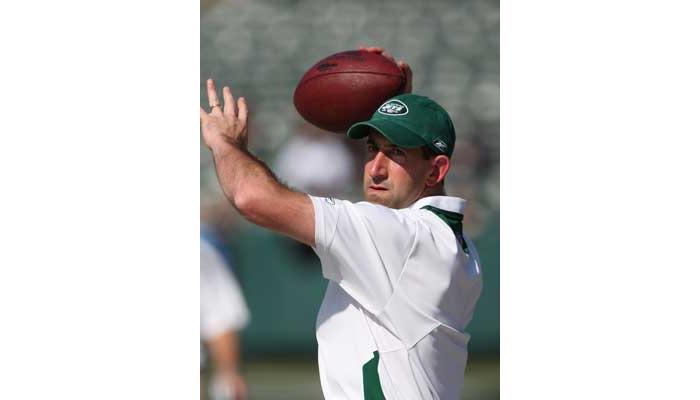 Jet-setter Scott Cohen '91 plays a little ball. At Dickinson, Cohen was a varsity receiver for the team that won the Centennial Conference title three years in a row.

It’s a sports fan’s dream to help mold a top national team. And as former assistant general manager of the New York Jets and current senior personnel advisor to the Tampa Bay Buccaneers, Scott Cohen ’91 is proof that an early start and a relentless drive to succeed can usher that dream into reality.

The power of persistence

A lifelong sports fan, Cohen played baseball and football at Dickinson and was a varsity receiver for the team that won the Centennial Conference title three years in a row under coach Ed Sweeney. An economics major, Cohen merged his love of business with his love of sports in the summer of his second year, when he secured an internship with the Washington Redskins during the team’s preseason training camp in Carlisle. “I ran errands, stocked fridges and did everything possible to see that camp ran smoothly. During winter breaks, I’d go to games and help out, just to make myself recognizable,” he remembers.

The following summer, Cohen took a second internship with the team. When the training-camp director fell ill, Cohen agreed to take on extra responsibilities. Impressed by this ambitious intern's performance, the team’s general manager, Charley Casserly, hired Cohen for a third summer internship and discussed the possibility of permanent employment.

A year after graduation from Dickinson, Cohen was a Redskins scouting assistant. His foot was in the door.

A “great ride” to the top

For the next three years, Cohen remained on call for 20 hours a day, working his way up the ladder by making profile tapes, keeping the database organized and performing various projects for the general manager, scouts and coaches.  In 1995, Cohen was promoted to college scout—a challenging  job that required him to travel for five months each year and log in 80- to 100-hour work weeks.

“At that time, there weren’t many young people in scouting,” said Cohen. “It was a great opportunity. I wanted to make the most of it.”

Cohen is proud of his part in helping the team reach the playoffs, and he's enjoyed his role in bringing the best possible players into the fold.  “It’s been a great ride,” said Cohen, who spent five years with the Jets. “It’s an exciting time.”

When asked if he had any advice for students who hope to break into sports business, Cohen said that students in all disciplines need to build the foundations of their careers early. “Don’t wait until graduation. Three summers as an intern in college put me in a position to get hired [at the organization of my choice],” he said. “That’s how to get on a track to success.”