The Center actively promotes scholarly discussion of global issues. It sponsors lectures, conferences, and symposia, both on campus in Carlisle and at the College's study and research centers abroad.  In addition to its own events, the Center frequently partners with academic departments and allied offices and centers on campus to help support and promote lectures and events on global themes.

Recent lectures and conference on issues of contemporary global importance include:

Delivering on a Promise of Diversity in Higher Education 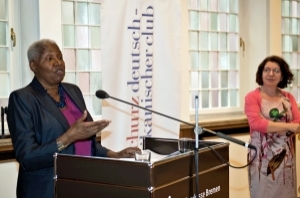 The Durden Dickinson in Germany program celebrated its 30th anniversary this year at the University of Bremen, Germany.  The event was marked with a gathering of program alumni, the re-signing of a cooperative agreement by Dickinson College President, Nancy A. Roseman and Bremen University Rector, Prof. Dr.-Ing. Bernd Scholz-Reiter, and a lecture from Vice President and Dean of Student Life Joyce Bylander.  Dean Bylander’s speech, entitled “Delivering on the Promise of Diversity in Higher Education,” focused on supporting diversity in order to create inclusive communities. Dean Bylander stressed the importance of giving students the tools necessary to create these communities by constructing curriculums that increase knowledge of other people’s histories and expanding opportunities to ensure that our societies are enriched by the best and brightest ideas, regardless of where they come from.  Yasemin Karakasoglu, Professor for Intercultural Education and Vice Rector for Intercultural and International Affairs served as the moderator and contributor for the discussion alongside Dean Bylander. The talk strongly resonated with the Bremen audience who participated in a lively discussion after the talk and during the following reception.

Chesapeake Bay Blues: Science, Politics, and the Struggle to Save the Bay 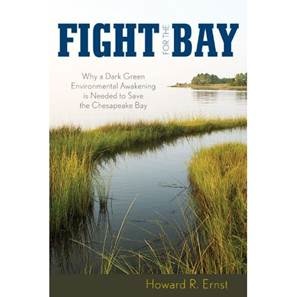 The Chesapeake Bay Program was established in 1983 by the states of Pennsylvania, Maryland, and Virginia, the District of Columbia, and the U.S. EPA to restore one of America's great environmental treasures.  But, after thirty years of environmental education and research--and millions of "Save the Bay" bumper stickers--the Chesapeake has not recovered. Despite a few notable success stories, the bay scored a 38%, a D+, in overall health on the 2011 Bay Report Card. Dr. Ernst discussed the lessons learned and presented new strategies for saving the bay.

America's Asian Pivot: Implications for Asia and for Europe (Bremen) 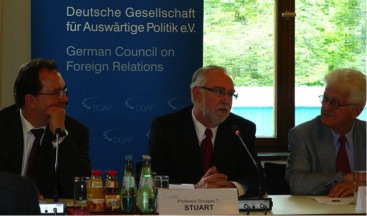 With Operation Iraqi Freedom over and ISAF's mission in Afghanistan drawing down, the United States will likely turn its attention and resources to the Pacific where China is asserting its status as a regional hegemon and two frozen conflicts in the Taiwan Strait and Korea Peninsula persist.Professor Stuart highlighted the history of U.S.-Asia relations and then explained that this "pivot" in American focus to Asia not only has implications for Asia but also for Europe as well.

Post-feminism?The Culture and Politics of Gender in the Age of Berlusconi (Bologna)

The recent events concerning gendered identities and the way they intersect with politics and society under the cultural hegemony of Berlusconi's Italy (e.g., underage prostitution, the highly sexualized parties--"bunga bunga"--the premier hosts at his villas, the appointment to political office of some of the women appearing on the prime minister's television network) have given rise to a series of questions about the state of gender and postfeminism in Italian culture. The Berlusconi of the conference's title indexes historical and cultural parameters, political cachet, and socio-economic contexts, not an actual individual. In the context of Italy's Second Republic (1994 to the present), the conference took up the subject of the shift in cultural paradigms rooted in the "Age of Berlusconi."