Dr. Benjamin Rush founded Dickinson with a unique vision of the liberal arts in mind. Rush’s Dickinson was not to be a place of removed contemplation but of active engagement with the wider world. Today, Dickinson students utilize the timeless rigors of liberal learning to confront the most critical challenges of our globalized age, with the College’s research and study centers abroad functioning as living laboratories. This section highlights recent student research projects. What will you do abroad . . . ?

If you are interested in applying for a grant or scholarship to conduct research abroad, please visit our Scholarships for Global Study and Research site.

Research in Brisbane, Australia at the Institute for Molecular Bioscience at the University of Queensland focused on implementing advanced synthetic organic chemistry techniques with immunology applications, specifically modifying drugs that act as immunostimulants in mucosal-associated invariant t (MAIT) cells.

Conducted formal oral history interviews with a set of educators about their experience within the school, the community, The Rural Landless Workers' Movement (MST), and the fight for education justice in Brazil.

"During the course of the Fall 2017 semester and winter break, our independent study and subsequent fieldwork aims to explore the history of Amazigh Jewry within Morocco, focusing on the theme of “Language and Culture, Power and Resistance.” During the semester, we will study the Rif region of northern Morocco, focusing on its history of resistance and the influence on political thinking caused by migration from Spain and Portugal. We will then co-write a paper based on our research and findings, which will serve as the basis for our oral history fieldwork. Using what we learned throughout the course of our semester, and where we know there to be gaps in academic research, we will travel to Morocco to conduct fieldwork and record oral history. By conducting research in local archives and libraries, particularly the National Archives of Morocco, we will be able to access written primary and secondary sources only available in Morocco. We will also conduct oral history interviews with both Amazigheen and Jewish communities in the Rif, focusing on their roles in local resistance movements of the last century."

Analyzed various “bodies” in Elena Ferrante’s Neapolitan Quartet: The “body” of Naples, in which the protagonists of the Quartet live, and the physical bodies of the protagonists.

Research in Bologna focused on four urban garden initiatives: a city-owned community garden, a preschool in the greenhouses of the Giardini Margherita, an urban farm in the marginalized Pilastro neighborhood, and an African garden in a refugee welcome center in Crespellano.

The Pearl Harbor Leadership Seminar was the flagship program for students to understand and engage in leadership skills and organizational management.  The setting of Pearl Harbor provided the opportunity to understand the events which proceeded, followed, and occurred at the time of the attack, and how the decisions of individuals coupled with military, political, and societal culture had an effect on the outcome.

Research on the Mincio Park in Mantua, Italy, which utilizes volunteers to protect the river, lakes, and land that are under the Park's jurisdiction.

Ethnographic research focusing on immigrants and their families from South American countries who now live and work in the city and province of Mendoza, Argentina.

Mariel’s research examined the way street art and graffiti function as expressions of youth migrant identity and resistance in Lima, Peru. Despite Lima’s long history of rural to urban migration, rural indigenous migrants are often harshly discriminated against and marginalized within the urban space. Street art opens a space for young first and second generation migrants to carve an identity and space for themselves within the city. The four artists featured in this project, Elliot Tupac, Mome RC, Qarla Quispe and Choco Car, illustrate the diversity of Lima’s street art movement as well as the ways in which street art functions to express migrant identity, resistance and social consciousness. Her research was the culmination of a total of 8 weeks of fieldwork in Lima during two research trips in May 2014 and January 2015. 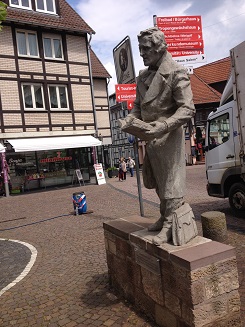 As a double major in both English and German, Rachel often experienced and investigated her work through literature. Therefore, it is only fitting that she would explore Germany through its most famous literature. The Grimm brothers' fairy tales were one of the original ways in which she experienced and explored German language and German historical culture. In order to narrow her research for her senior thesis, Rachel traveled around the German state of Hessen to visit scholars and museums focusing on fairy tales and the Grimm Brothers. Her senior thesis builds on her research of Germany and their language. Much of her research was conducted in Kassel, Bad Oeynhausen, Marburg, Steinau and Hanau Germany while she was a participant on the Dickinson in Bremen, Germany program.

Germany is one of the many countries that is being, as will continue to be, affected by the global phenomenon of population aging. This is a result of various contributing factors, including population decline due to low fertility rates and a death rate higher than the country's birth rate, as well as constantly advancing medical technology that catalyzes greater longevity. Through traditional research methods, survey and interviews, Madison investigated Germany's shifting demographics, focusing both on the reasons behind the shift and on the potential effects it could have on Germany's people and its economy, as well as continental Europe.

Every spring semester Helen and Eric Nelson, in conjunction with the Copernicus Society, sponsor two graduate or doctoral students from Jagiellonian University in Krakow, Poland to further their research at Dickinson College.  Below are the spring 2015 visiting Jagiellonian scholars.

Maciej specializes in history of American popular music, but his M.A. research focuses on the construction of particular locations’ image in cultural texts, based on the example of Sufjan Stevens’s album “Michigan”. He earned his Bachelor’s degree in American Studies at Jagiellonian University, writing two theses: History of The Beach Boys and their Influence on Contemporary Artists, and Domination of United States in 21st Century Global Music Industry. Maciej hopes to pursue Ph.D. program with emphasis on local music scenes of American cities.

Part of her thesis for her Master's degree in Latin American Studies, Natalia's research is focused on a particular aspect of Andean religion: how the Pachamama cult - the Earth Goddess - has changed from the years of Inca Empire through colonial times and how it evolved to become a part of contemporary Christian religion in Peru, Bolivia, and Argentina. The aim of her research is how to explain why Pachamama, and no other Andean deities, has such an important role in Andean culture. 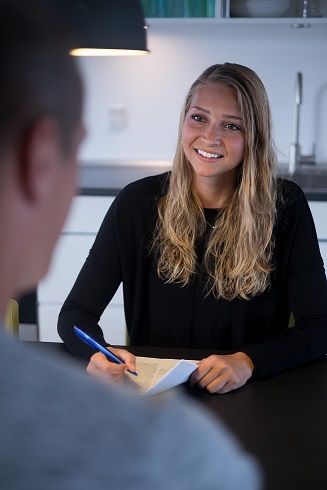 In many cultures around the world, it believed that real men are not born, and must instead be made. through interviews with nine Danish, college-aged, heterosexual, Caucasian men, Sarah examined men's thoughts and feelings about the nature of manhood, how it is achieved, if and how it can be list, and the nature of masculinity.  It was expected that Danish men would have egalitarian perspectives on gender roles and would see manhood as being more of a biological state that a social state. Data analyses revealed three main clusters: (1) manhood involves appearing physically manly, (2) manhood involves maturity and behaving like an adult, and (3) masculinity is an important part of manhood, but not a necessity. These finding can help better understand how man in a more egalitarian society think about their manhood and masculinity.

Since the introduction of the salmon industry in the 1970s, the archipelago of Chiloe, Chile has experienced rapid industrial growth. Expanding agriculture may generate jobs, but has also challenged the environment, culture, and the livelihood of Chilote natives. Catherine's research explored local perspectives on the costs and benefits of the industry and how these have been distributed amongst different sub-populations.

Emma's research focused on her experiences interning at the children's publishing company La Vengeur Masque as well as the ways in which children and young adult literature on sexuality can influence the beliefs and attitudes of children and teens on the topic of sexuality. Specifically, the research analyzed representations of nudity, pleasure, consent, masturbation, homosexuality, and reproduction and the various ways  these representations can reassure or bring up worries and insecurities about one's sexuality and how this can have an impact on sexual experiences and well-being. In addition, the research also analyzed the impact of representations of gender and race in these books.