Crisis: Climate Change, Biodiversity Loss and the Pebble Mine

This past year has seen a series of definitive scientific reports sounding an alarm about the urgency of our parallel but related crises in climate change and biodiversity loss. With the impacts of human-induced global warming already apparent, sea levels rising and a million species on the brink, we are at a crossroads in human history that demands an end to resource trade-offs that society can no longer afford. Today, there is no better illustration of this—no clearer test of our resolve—than the widely condemned proposal to build a massive copper and gold mine called the Pebble Mine in the headwaters of the pristine 40,000-square-mile watershed that feeds the world’s most productive wild salmon fishery in Bristol Bay, Alaska.

Building an International Environmental Campaign Workshop with NRDC
OPEN TO ALL STUDENTS, FACULTY, STAFF, ALUMNI or COMMUNITY MEMBERS
Pre-registration encouraged, but not required

A two-hour workshop focusing on the unique challenges of environmental advocacy at the international level, including an in-depth analysis of the strategic elements that NRDC has used successfully in international campaigns, including, for protecting old growth forests in British Columbia’s Clayoquot Sound, opposing major hydroelectric development in the Patagonia region of Chile and preserving the World Heritage Site and Biosphere Reserve at Laguna San Ignacio in Baja California Sur, the last undisturbed breeding and calving lagoon for the Pacific gray whale.

Now NRDC’S Western Director, Joel Reynolds joined NRDC as a Senior Attorney in 1990, after ten years with the Center for Law in the Public Interest and the Western Center on Law and Poverty. Since 1980, he has specialized in law reform litigation, arguing cases on behalf of environmental and community organizations at all levels of the federal courts, including the U.S. Supreme Court.

He has led several of NRDC’s largest campaigns, including to protect the gray whale birthing lagoon and World Heritage Site at Laguna San Ignacio in Baja California, to reduce ocean noise pollution, to protect the popular California State Park at San Onofre, and, most recently, to stop the Pebble Mine in southwest Alaska. He has twice been selected California Attorney of the Year (environment) and, in 2012, was appointed Chairman of the Board of the Tejon Conservancy, overseeing conservation on 240,000 acres of California’s largest private landholding, the 270,000-acre Tejon Ranch.

His work has been profiled in the New York Times best seller "War of the Whales" (Simon & Schuster 2014).  In October 2017, he received an Emmy for Outstanding Nature Documentary for the film Sonic Sea. He graduated from Columbia Law School in 1978.

Scherr initiated NRDC’s work on climate change in 1989. He organized Earth Summit Watch in 1992 to monitor national implementation of the commitments to climate change and sustainable development made at the 1992 Earth Summit in Rio de Janeiro. He then led NRDC’s successful advocacy for the creation of new global structures to accelerate actions not only by nations, but also by cities and states, business, academia and other actors.

Scherr retired from the staff of NRDC in 2014. His current positions include Chair of the Board of the Hollomon Price Foundation, a member of the Rose-Walters Environmental Prize Committee at Dickinson College, and Treasurer of the DC Environmental Film Festival. 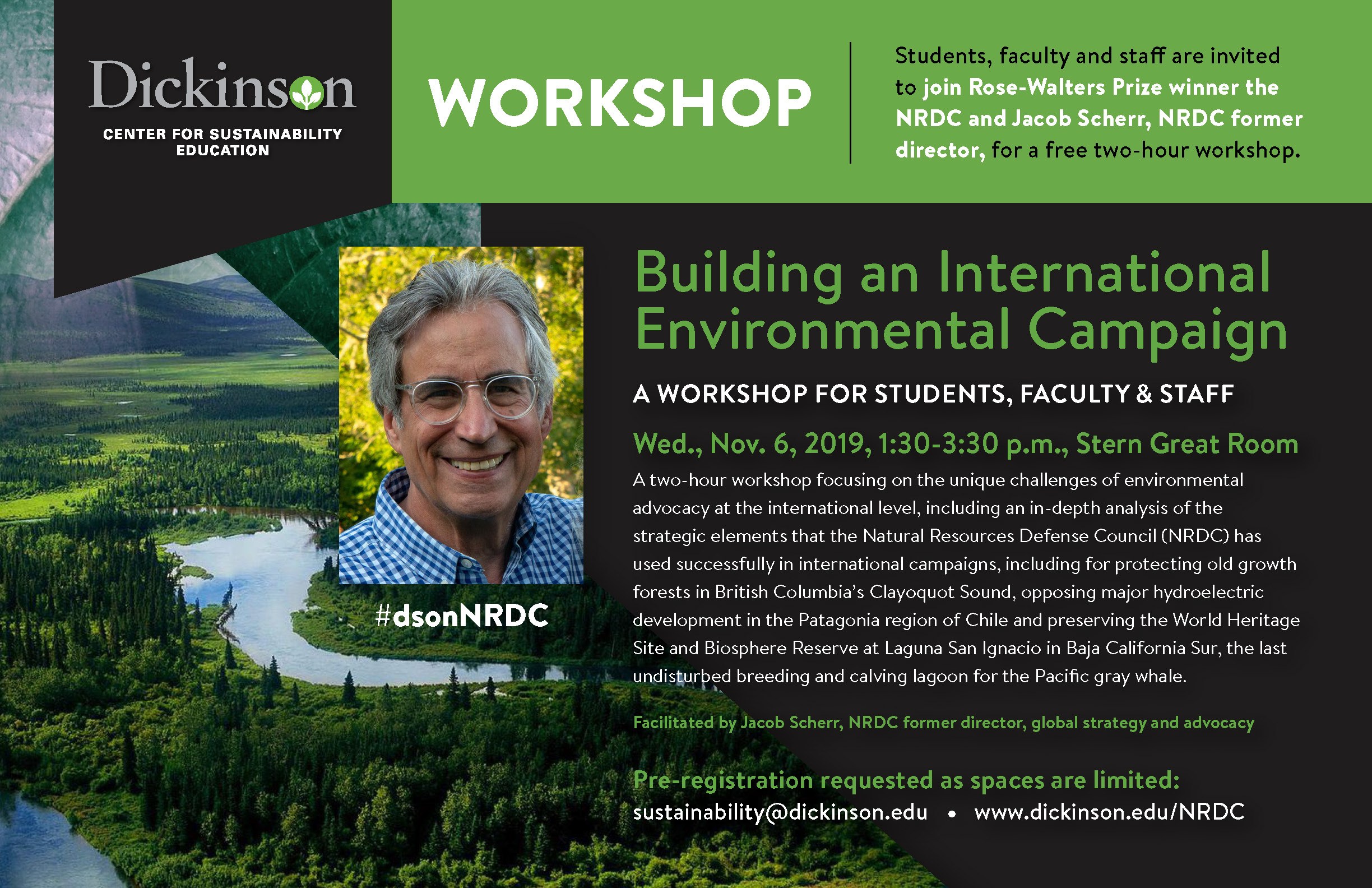