From the Federal Bench to Old West 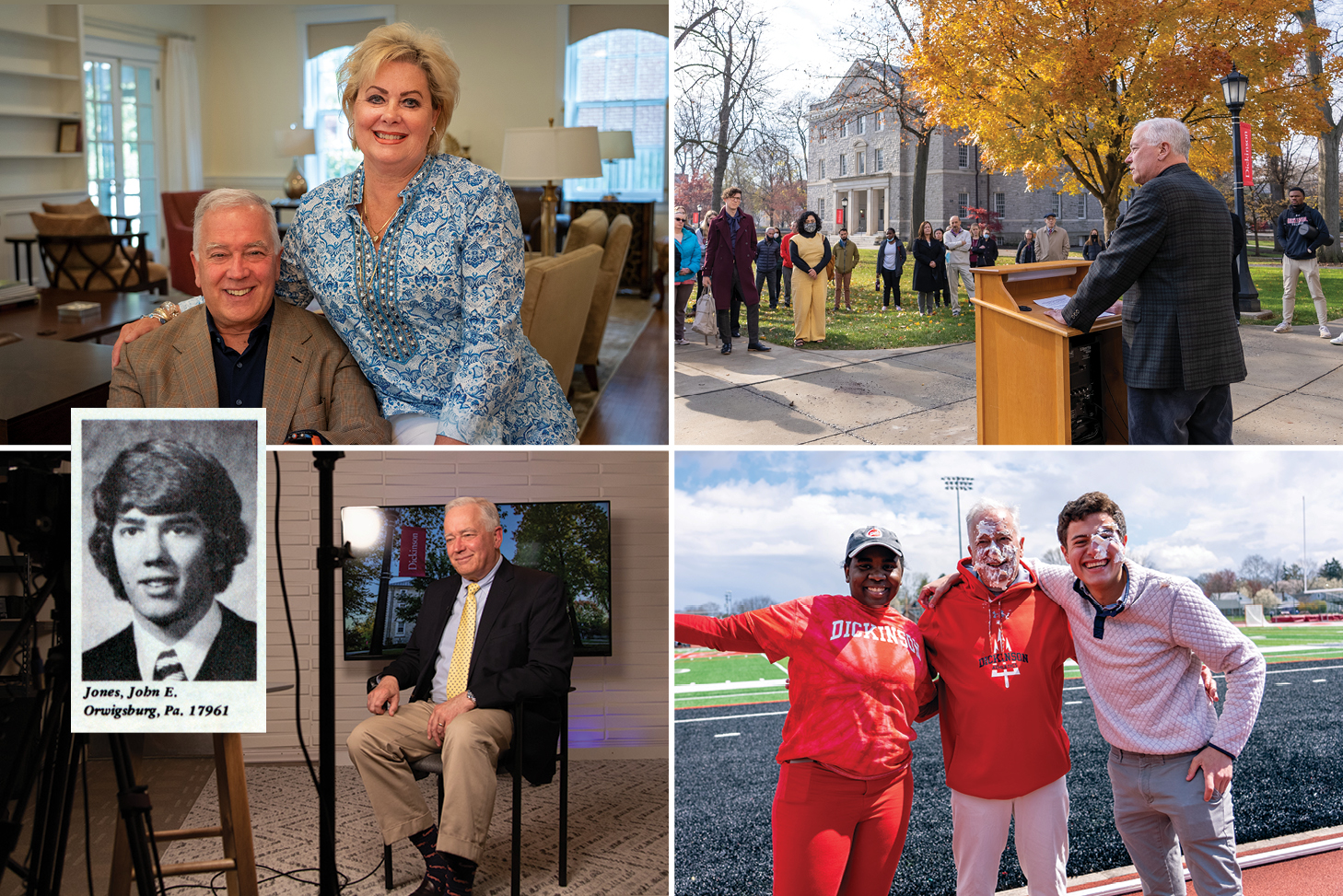 Dickinson’s 30th president is an alumnus, a parent and a fierce advocate for the liberal arts

John E. Jones III ’77, P’11, who retired from a lifetime appointment as chief judge of the U.S. Middle District of Pennsylvania in June 2021 to become interim president of Dickinson, has been named the 30th president in the college’s 239-year history. Dickinson’s Board of Trustees voted unanimously to make the appointment during a special Feb. 28 meeting.

“As we began discussions about commencing a national search for the next Dickinson president, it was quite clear to me and the board that we already had the right person for the job—an alumnus, a parent and previous board chair, who cared enough about Dickinson to resign from a lifetime judicial appointment to serve his alma mater at a critical time,” says Douglas J. Pauls ’80, chair of the Board of Trustees. “I am thrilled with this decision and convinced that John will continue to work with faculty, staff and students to build Dickinson’s revolutionary future. He is the right person to lead Dickinson at the right time. And, most important, he loves this college.”

In the seven months since being named interim president, Jones has worked tirelessly to advance the college. He established Dickinson Forward, a multifaceted initiative to position Dickinson to excel in the challenging times ahead. He also launched the Campaign for Scholarships: Change a Life—Change the World, the most ambitious financial-aid fundraising effort in the college’s history, which will fund Dickinson’s commitment to meeting the full demonstrated need of every admitted student. Under Jones’ leadership, donors have already contributed gifts totaling more than 60% of the campaign goal. Additionally, with more than $30 million in giving thus far, this is already Dickinson’s best fundraising year in a decade.

“I’m honored to be leading Dickinson and view this role as the opportunity of a lifetime,” says Jones. “I’m passionate about our liberal-arts education and excited to work alongside our faculty, staff, students, parents and alumni as we take our beloved college to the next level.” 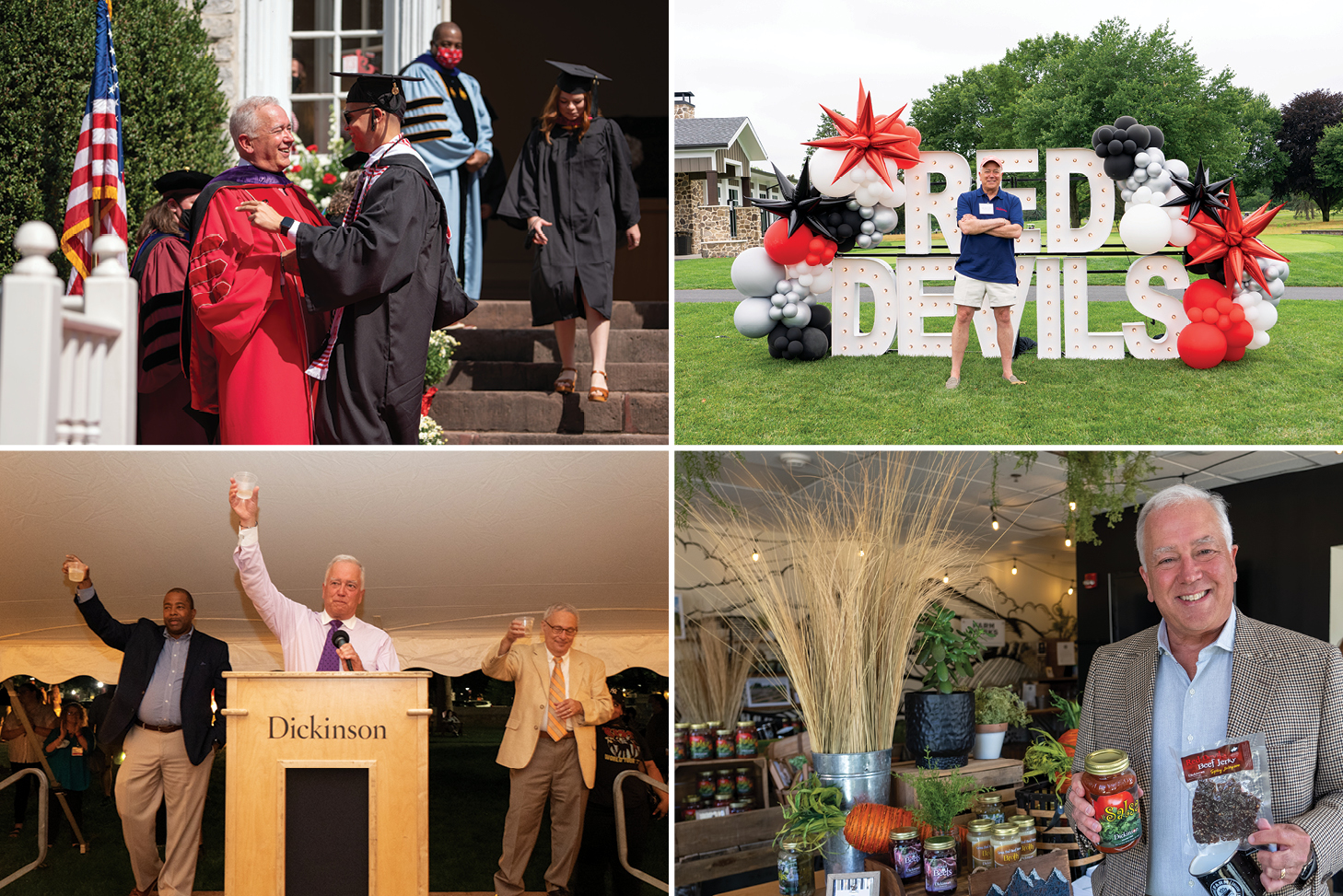 Jones was highly visible on campus this spring, offering open hours monthly alongside Student Senate President Shea Player ’22, attending many student and campus events, including the opening day of Farm Works, welcoming families to open-house events and celebrating with alumni and parents during Red & White Day and Day of Giving. He also hit the road, traveling to Philadelphia, New Jersey, New York, Baltimore and Washington, D.C., for admitted-student receptions and to London, Bologna, New York City and San Francisco for alumni events.

In April, Dickinson’s Standard & Poor’s (S&P) A+ bond rating was upgraded to A+ with a stable outlook. The S&P decision cited the appointment of Jones as the 30th president, enrollment growth and strong financial resources, including the Resource Realignment Task Force formed by Jones last August, as reasons behind the upgrade.

“Dickinson is stronger than ever and moving forward together,” says Jones. “And as we continue to move forward, it’s good to know that outside authorities like S&P are seeing what many of us in this community already know—Dickinson is financially strong, and we’re well positioned as a leader in liberal-arts education.”