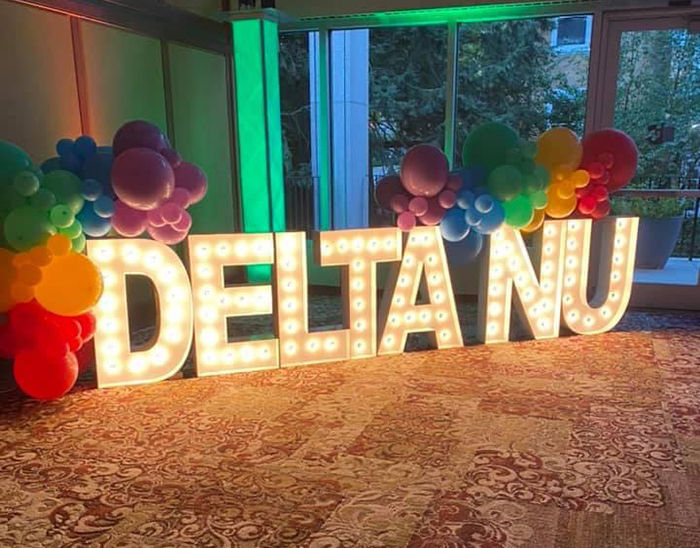 The HUB Social Hall was decked out for Delta Nu's 50th-birthday bash. Photo by Sean Simmons.

This month marks the 50th anniversary of Delta Nu’s founding at Dickinson, and generations of Dickinson women celebrated in a big way.

Delta Nu members and alumnae joined together on campus last weekend for a jubilant, three-day birthday bash that focused on the sorority's enduring commitment to sisterhood, community service, excellence, diversity and leadership. From a Friday-evening recollection of Delta Nu history to the Sunday-morning breakfast on Britton Plaza, the 269 sisters in attendance relished the chance to connect with old and new friends.

“Having 269 Delta Nus in one place—and getting to know sisters across the decades, especially the current students—was such a treat,” says Kirsten Nixa Sabia ’92, who led the event planning committee. “It was heart-warming to see the future legacy of the sisterhood in action.”

The highlight was a Saturday-night birthday party in the HUB Social Hall, attended by President John E. Jones ’77, P’11, and livestreamed for alumnae unable to attend in person. There were also campus tours, a fun-run and a variety of social and networking opportunities. All who registered provided proof of COVID-19 vaccination or a negative COVID-19 test. 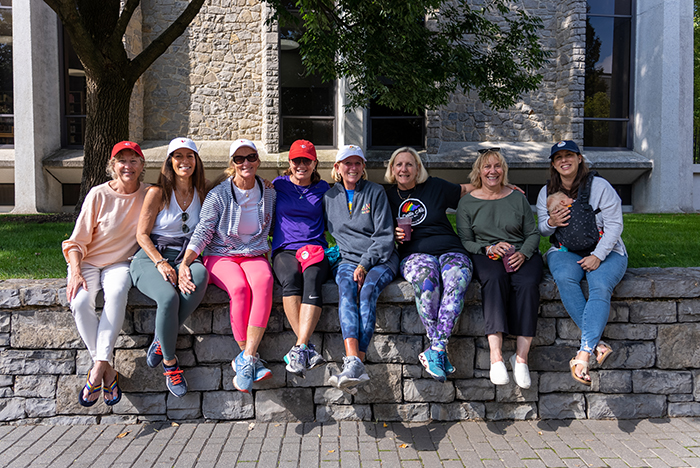 The mood was joyful—perhaps all the more so because of the challenges Delta Nus have overcome in recent years. After the sorority was placed on probation by the college in 2015, Delta Nu alumnae formed an advisory board to realign the sorority with its core values through mentorship, leadership education and community building. Two years later, the sorority made a triumphant return, and members of the Delta Nu Alumnae Advisory Board were presented with Dickinson’s 1783 Award in recognition of their good work.

Last year, Delta Nus—including members of the advisory board—again joined forces, this time, to plan the birthday bash in concert with Dickinson staff. Along with many more of their sisters, they also worked hard to promote a Delta Nu scholarship, which benefits a worthy sophomore or junior Dickinsonian who demonstrates a commitment to justice and Delta Nu values and contributes to the Dickinson community. By the end of the birthday celebration, Delta Nu members and alumnae not only surpassed their initial goal of raising $150,000 in scholarship funds but also their subsequent goal of $200,000.

That speaks to the power of friendship and sisterhood among Delta Nus—a sense of belonging that Sabia describes as integral to Delta Nus’ experiences on campus and beyond, and that drives them to return to Dickinson years and decades after graduation.