Top sports-marketing director reveals the keys to her success 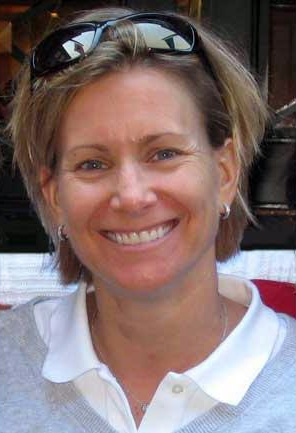 Kirsten Nixa Sabia ’92 reveals the secrets to her success as senior director of marketing services for the Professional Golfers' Association: Persistence, creativity and passion for her work.

"No one ever walks away after asking me what I do,” admits Kirsten Nixa Sabia ’92, who holds one of the most interesting marketing jobs in the world of professional sports. “I’ve been blessed.”

A former political-science major, soccer goalie, study-abroad student, Delta Nu sister, student worker and student reporter at Dickinson, Sabia has funneled the skills that served her well as an undergraduate into an invigorating career as Senior Director of Marketing Services for the Professional Golfers’ Association (PGA).

Persistence, creativity and passion are the keys to her success.

Sabia began her professional life with an academic-fundraising job in a private school in Washington, DC, then moved on to become director of alumni relations at a private school in Connecticut. But after five years in academic administration, this lifelong athlete realized that her passions lay elsewhere.

So, in 1997, Sabia switched gears to pursue a career in golf. She moved to Florida, headquarters of PGA Tour, Inc., where she worked at an Atlantic Beach Country Club, sharpened her game and vied for a job at the PGA. In fact, Sabia pursued her dream job at the PGA for two-and-a-half years, tirelessly applying for positions and sending postcards and holiday cards to the PGA’s senior vice president of human resources.

In 1999, she was rewarded for her persistence with a spot on the PGA tour’s international-television division. Next came promotions to media coordinator, new-media account manager and director of marketing.

She notes that the leadership opportunities and intellectual freedoms she experienced at Dickinson helped develop many of the skills that are critical to her success. “Dickinson molded the foundation of who I am,” Sabia says. “That is what gave me the confidence to take risks, try new things, be extroverted and, most importantly, feel the pride of belonging.”