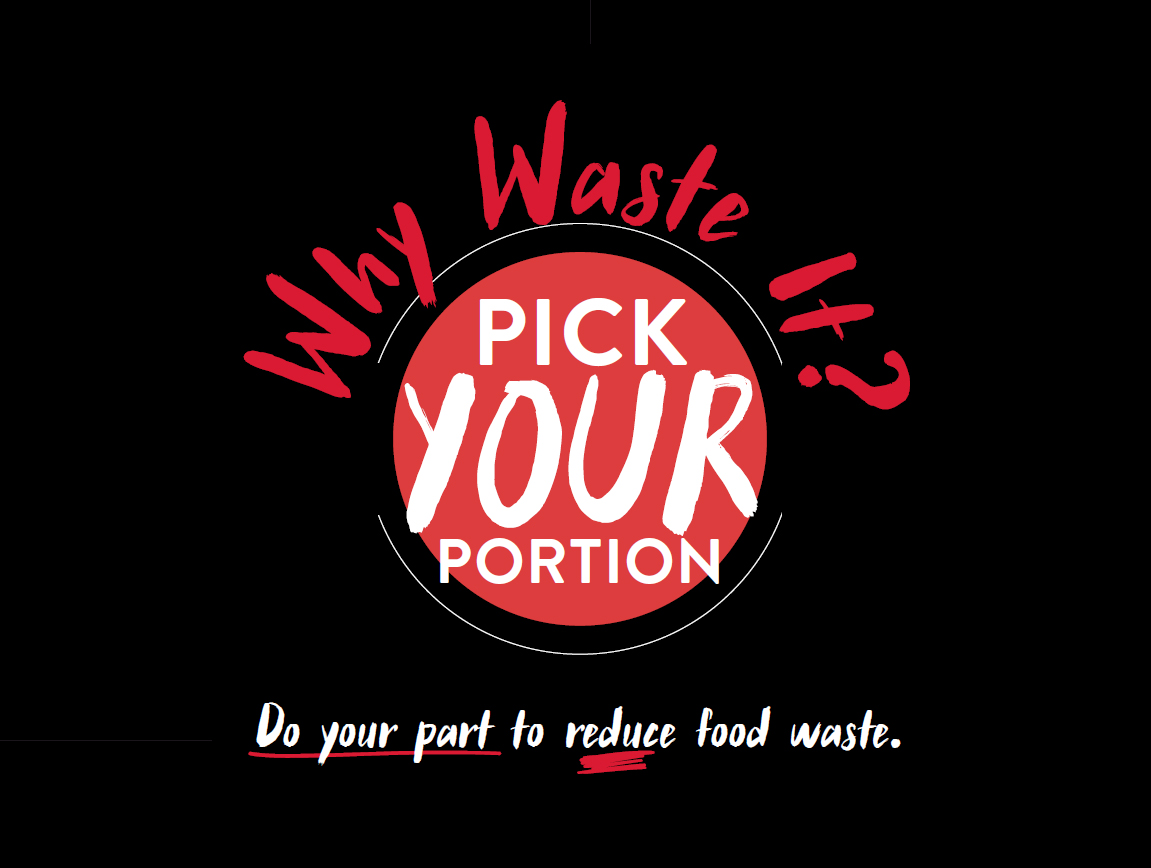 Maybe you had a big breakfast, and you’re only a little bit hungry at noon. Or maybe there are a lot of dishes that look good, and you decide to try a couple of different entrees. Both of these common scenarios can lead to food waste, a factor that—along with the kinds of food we choose to eat and how we cook and dispose of it—significantly impacts greenhouse gas emissions.

This fall, Dickinson’s Dining Services is rolling out Pick Your Portions, a student-proposed program that aims to reduce food waste, as part of a greater initiative to become carbon-neutral by 2020, by giving Dickinsonians the opportunity to customize portion sizes at every meal.

Introduced on a trial basis last year, Pick Your Portions allows Dining Hall patrons to order one of four portion sizes—taste, half-portion, single portion or double portion—to ensure they get the amount of food they desire.

The concept arose out of a Behavioral Design for Sustainability half-day workshop, led last year on campus by the Center for Sustainability Education (CSE), with Brett Jenks, CEO of the environmental nonprofit Rare and 2017 recipient of the  Rose-Walters Prize for Global Environmental Activism, and by Kevin Green of Rare’s Center for Behavior & the Environment. After the workshop, Alexander Haver ’20 (environmental science), Thu Nga Duong ’20 (economics, environmental studies), Anna Zaremba ’20 (biology), Matt Zaremba ’20 (environmental studies) and Ilana Zeiter ’19 (biology) submitted a proposal to CSE and Dining Services, and the seeds of Pick Your Portion were planted.

“We already compost 100 percent of pre- and post-consumer waste from the Dining Hall, so our goal was to highlight how behavior changes can impact this process,” says Lindsey Lyons, assistant director of CSE, who worked with Dining Services staff and sustainability interns to polish the program and launch a soft rollout last fall. “We focused on student choice because we found most of the wasted food here at Dickinson was because a student didn’t like a particular food or because they got too much of something. The slogan, 'why waste it—taste it' resonated with students.”

After test piloting the program last year, CSE and Dining Services conducted surveys to gauge student responses to the program. Dining Hall staff were trained on standardized serving sizes for each request. When they return to campus in August, students will find a new, large poster in the Dining Hall, reminding them to use the correct terminology—taste, half portion, single portion, double portion—when they order. Informative table signs and decals reinforce the message that it's not about eating less; it's about being mindful of what you do and don't want, and then getting it.

The “taste” portion size helps curb food waste caused by personal taste preferences, explains Errol Huffman, Dining Hall director. In the past, a student might have taken three or four portions of foods they were unfamiliar with—and then either eat more than they wanted to or eat only the one they liked best, throwing the rest in compost.

“Under this new program, if they just get a taste, they can try as much as they want. If they want more of any of those foods, they can just come back and get it,” says Huffman, who has added new foods to the menu over the years, based on student requests made through the Food Advisory Council. “That’s an especially good thing for first-year students who may be trying a number of new foods for the first time.”

The same is true, Huffman adds, for students with larger appetites—student-athletes among them—who may now ask for double portions, and those with smaller appetites, who may ask for half the standard amount: By helping students think through their choices and by giving them control over the portions of food that reach their plates, Pick Your Portions helps them select what’s best for them, and for the planet.

“It’s not a super-complicated program,” Huffman adds, “but it can have big benefits.”