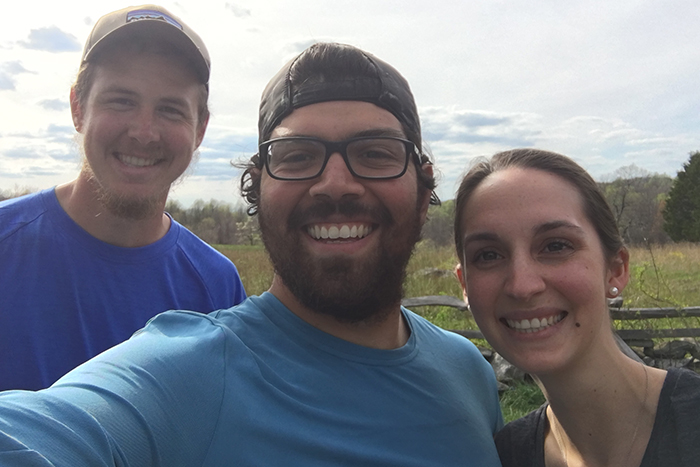 The first time I heard about the Appalachian Trail (AT) was in 2010 during my sophomore year at Dickinson. I was sitting in Althouse in David Sarcone’s Fundamentals of Nonprofit Management course when I learned that I would be paired with the Appalachian Trail Conservancy (ATC) for my semesterlong internship.

The ATC’s Mid-Atlantic Regional Office is located in Boiling Springs, and its mission is to preserve and manage the AT, the longest hiking-only footpath in the world. While at the ATC, I worked on several initiatives to improve foot traffic to the ATC’s regional office. It was during this internship that I got my first glimpse of long-distance backpacking. Located near the midpoint of the AT, the office was frequented by thru-hikers stopping by with questions about where the nearest store or motel was located. I remember hikers sitting out on the porch in dirty clothes with unkempt hair waiting for rides or hitchhiking. While the experience was instrumental in my career development, little did I know that I would one day be one of those smelly hikers on the porch.

Dickinson taught me to act boldly and to be unafraid to take risks, and seven years later I found myself at the southern terminus of the AT ready to embark on my own thru-hike. I was pursuing a challenge that had a 20 percent success rate in 2016. Two months into my journey, I was back in Boiling Springs, this time having walked there from Georgia.

One of the best parts of thru-hiking is the combination of insatiable hunger and the inability to gain weight, so I took a day off from hiking in Carlisle and enjoyed all of my local favorites, including the Gingerbread Man, Fay’s, Three Pines Tavern, The Quarry and of course the Dickinson Dining Hall. 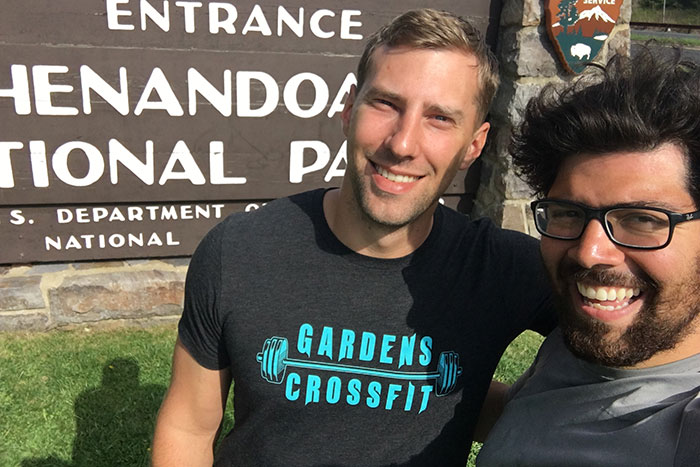 I finished my thru-hike on June 29, 2017. The experience taught me a lot about myself, but it also showed me the value of a strong support system. The Dickinson community was a major contributing factor to my success on the AT. A quintessential part of the AT experience for many long-distance hikers is Trail Magic—an unexpected act of kindness. Lucky for me, I had Red Devil Trail Magic. I received care packages and cards at rural post offices from classmates I hadn’t spoken to in years. I was welcomed into the homes of Dickinsonians in Virginia, Pennsylvania, Connecticut, Massachusetts and Maine, where I was served home-cooked meals and given a bed for the night. Several alumni met me along the way to hike a section of the trail with me or treat me to a meal that wasn’t freeze-dried. I wouldn’t have completed my 2,200-mile journey if it weren’t for the Dickinson community and the Trail Magic it provided.

In addition to the relationships Dickinson has provided me, I constantly found myself falling back on my Dickinson education and experiences throughout the four-month journey. The lessons from my international business & management courses with professors Michael Fratantuono, David Sarcone and Michael Poulton had me thinking about the business models and profit margins of hostels and hotels I stayed at. My biology classes with Gene Wingert and Scott Boback taught me how to identify plants and animal prints in the mid-Atlantic and to respect the beauty of nature. Because of my football two-a-days and practices on Biddle Field, I was mentally and physically capable of completing this challenge. It was Dickinson that introduced me to the trail, and it was Dickinson that led me to Mount Katahdin.

Agustin “Gus” Umanzor ’12 earned a dual bachelor of arts in international business & management and Spanish from Dickinson. As a student, he was a member of the varsity football team, lettering two years as an offensive guard. After college, he became an avid runner who has completed three full marathons. In October 2016, he married Laura Elizabeth Romano ’11 in the local courthouse in Annapolis, Md. The couple met at Dickinson, where Laura played field hockey and golf. Gus, also known as “Guac,” completed hiking the entire Appalachian Trail, a four-month, 2,200-mile journey, in 2017. He works at the Landon School in Bethesda, Md., as director of alumni relations and giving.