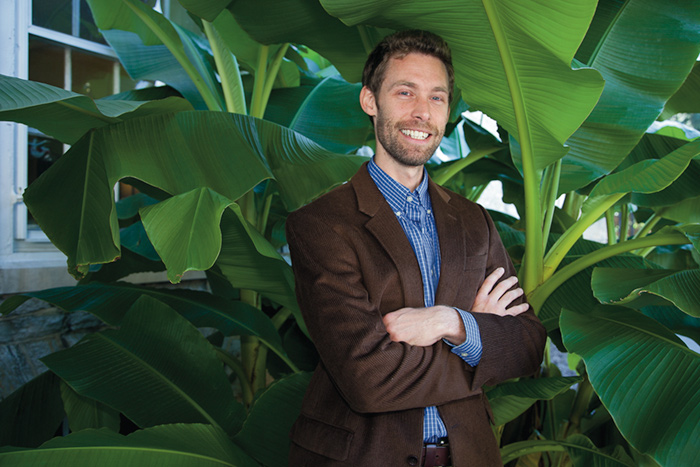 Ted Merwin, director of the Asbell Center for Jewish Life and associate professor of religion & Judaic studies, published “Exit Ramp: The Ghosts That Hold Us Close” in New Jersey Jewish News and “Jews and Vinyl” in Jewish Week.

Professor of Creative Writing Susan Perabo published her second novel, The Fall of Lisa Bellow, and it received numerous accolades, including in People, New York Journal of Books, Washington Book Review, Authorlink, Star-Telegram and St. Louis Post-Dispatch. It was a USA Today “New and Noteworthy” pick and Apple “Best Books of March” selection. She also published an essay, “When Mothers Bully Back,” in The New York Times.

Siobhan Phillips, associate professor of English, published an essay, “The Students of Marianne Moore,” through the Poetry Foundation. She also authored “Should You Feel Sad About the Demise of the Handwritten Letter?” in The Wire.

Crispin Sartwell, associate professor of philosophy, published Entanglements: A System of Philosophy through SUNY University Press, as well as an op-ed, “The ‘Postmodern’ Intellectual Roots of Today’s Campus Mobs,” in The Wall Street Journal.

Doug Stuart, professor of political science and international studies, published “Restarting the Rebalance to Asia” in the Georgetown Journal of International Affairs.

Jon Cogliano, assistant professor of economics, received a fellowship award from Duke University’s Center for the History of Political Economy.

Katie Marchetti, assistant professor of political science, received the Carrie Chapman Catt Prize for Research on Women and Politics, awarded by the Catt Center at Iowa State University, for a collaborative project, “Gender and Lobbying.”

Stefanie Niles, vice president for enrollment, marketing & communications, received a 2017-18 Fulbright U.S. Scholar grant. She is one of 12 individuals who will travel to France in October to participate in the International Education Administrators seminar. Read more.

Claire Seiler, associate professor of English, received a grant to attend the National Endowment for the Humanities 2017 Summer Seminar. Based in the archives at Vassar College, the seminar connects 16 college and university professors interested in the poetry of Elizabeth Bishop (1911-1979).

President Margee Ensign spoke at Kwibuka 23, the 23rd commemoration of the Rwandan genocide, in Washington, D.C., on April 7. Ensign has written extensively on Rwanda, and her talk was titled “Rwanda’s Reconstruction and Progress: Hope for the Future.”

David O’Connell, assistant professor of political science, was quoted in a Christian Science Monitor article, “From Caricature to Man of Character: How Time and Art Change Image of Bush.”

Associate Professor of History Matthew Pinsker helped inaugurate the History Channel’s new series, Sound Smart, which offers concise ways to think about topics in U.S. history. Pinsker was in seven episodes related to the antebellum and Civil War era. Pinsker was also on C-SPAN discussing misconceptions about the Underground Railroad and ways to make history more engaging in the classroom.

Katie Schweighofer, visiting assistant professor of women’s, gender & sexuality studies, was quoted in “Rural Film Festivals re the Next Frontier of LGBTQ Tolerance” in Vice.

A feature on the successful coaching career of men’s basketball Head Coach Alan Seretti ran in the Pittsburgh Post-Gazette.

Assistant Professor of Philosophy James Sias was quoted in “On Not Saying His Name,” an article in The Atlantic on why many of the president’s critics talk about him without using the words “Donald Trump.”