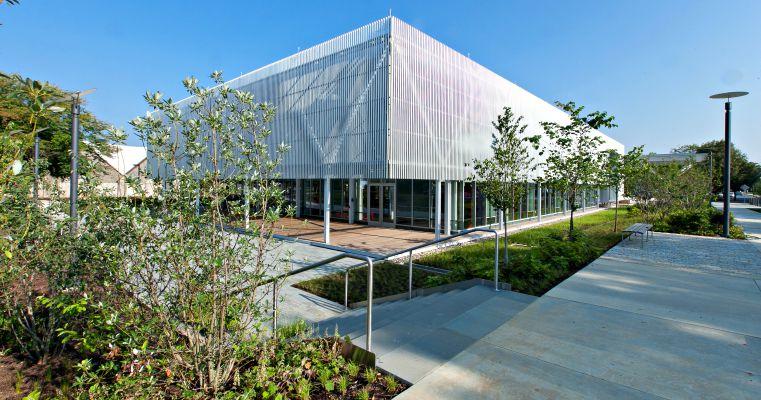 These are just a few of the many examples of what makes Dickinson one of the most sustainability-minded colleges in the nation. They also happen to be a few of the examples cited by The Princeton Review of why Dickinson is one of the 24 schools from across the nation to be named to its 2016 Green Honor Roll.

The Princeton Review scored 860 institutions to measure their commitment to the environment in education programs, policies and practices; only schools that received a score of 99, the highest possible rating, make the honor roll.

Other schools that made the list include Harvard, Stanford and Cornell universities, University of California–Berkeley, University of Maryland at College Park, Georgia Institute of Technology and Middlebury College.

Green Honor Roll institutions must show healthy and sustainable strength in three core areas: campus life, an overall commitment to environmental issues and preparation of students for employment and citizenship in a world defined by environmental challenges. Other areas probed include energy use, recycling, food, buildings and transportation as well as academic offerings and sustainability-related action plans.

“Though Dickinson College has garnered several national awards and recognitions for incorporating sustainability into its academic programs and campus operations, Dickinson isn’t ready to rest on its laurels," reads The Princeton Review's entry on Dickinson. "The school is always on the lookout for ways it can improve sustainability on campus and in its students’ lives.”

The college also presents its own award for environmental leadership. The Sam Rose ’58 and Julie Walters Prize at Dickinson College for Global Environmental Activism was established to focus attention on the need to reduce the impact of human lives on the planet. The current recipient—actor and activist Mark Ruffalo—will come to campus during the 2015-16 academic year for a short residency.

Dickinson offers more than 100 sustainability-related courses each academic year that help students gain knowledge about sustainability concepts, problems and solutions while building competencies and dispositions for creating a sustainable world. These courses have been integrated throughout the Dickinson curriculum and more than 39 academic departments.

Another way Dickinson’s commitment to sustainability is on display is through Leadership in Energy and Environmental Design (LEED) certification of its buildings. The Durden Athletic Training Center, The Center for Sustainable Living, the Rector Science Complex, Waidner Admissions House and Althouse Hall have all earned LEED Gold certification, the second highest level. Last year, Dickinson opened the 29,251-square-foot Kline Center, slated to be the sixth LEED Gold-certified facility on campus, which offers athletes and non-athletes alike a sleek, environmentally friendly destination.

Last week, the Association of the Advancement for Sustainability in Higher Education gave Dickinson its STARS 2.0 Gold rating, a designation shared by a very small number of colleges nationwide. This marks the third time Dickinson has been named Gold through AASHE's Sustainability Tracking, Assessment & Rating System (STARS), a transparent, self-reporting framework for colleges and universities to measure their sustainability performance.