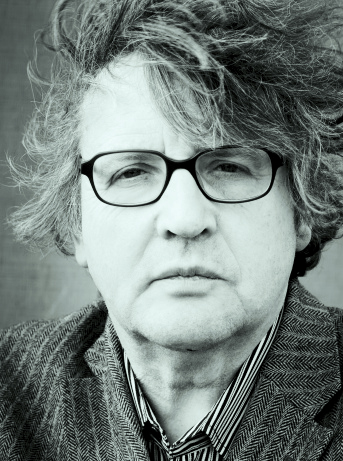 Each year, the Harold and Ethel L. Stellfox Visiting Scholars and Writers program brings an important literary figure to campus for a weeklong residency that culminates in a lecture and award ceremony. This year’s Stellfox Award recipient is Paul Muldoon.

Muldoon’s collections include Moy Sand and Gravel (2002), for which he won the Pulitzer Prize;The Annals of Chile (1994), which garnered the T.S. Eliot Award; and New Selected Poems (1996), which earned the Irish Times Literature Prize. Muldoon also was awarded a Guggenheim Fellowship (1990), the Griffin International Prize for Excellence in Poetry (2003) and the European Prize for Poetry (2006).

“The most significant English-language poet born since the Second World War.” —The Times Literary Supplement 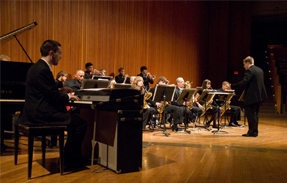 DICE (Dickinson Improvisation and Collaboration Ensemble) rounds out the performance with works by Michael Daugherty and other contemporary composers. 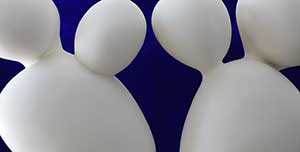 The Trout Gallery, Weiss Center for the Arts
Gallery hours: Tuesday through Saturday, 10 a.m. to 4 p.m.

This exhibition presents a range of studies and three-dimensional works associated with the artist’s project for a permanent bronze-sculpture commission to be installed in front of Dickinson’s Emil R. Weiss Center for the Arts.

Strzelec is just one of many visual artists to visit Dickinson during the 2013-14 academic year. Others include printmaker Sue Coe, recipient of the annual Arts Award; muralist Paul Manlove, who led a public-art project; and sculptor Ellen Durkan. 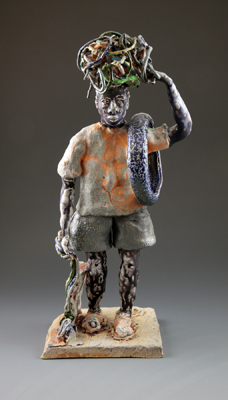 Ceramic artist Arnie Zimmerman and his daughter, Izzy (Dickinson class of 2014), present a joint exhibition that references the human condition through everyday occurrences.  Arnie’s most recent works are small-scale narrative sculptures that use the abstracted figure as a focal point. Izzy will exhibit photographs she took last year during her travels as a study-abroad student.

The uncommon French horn, oboe and piano trio formation has been explored by few composers over the centuries. In this recital, hornist Tyler Ogilvie, oboist Jill Marchione and pianist Eun Ae Baik-Kim perform the works of composers Herzogenberg and Basler, among others. 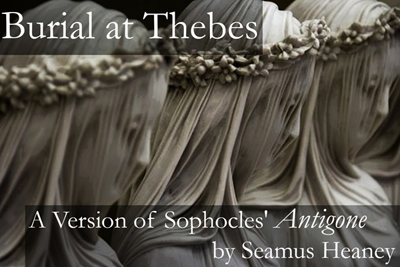 The Burial at Thebes

August 30 marked the sudden death of Seamus Heaney, a Nobel Laureate in literature and long-standing friend of Dickinson College.

Although best remembered as one of the world’s finest poets, Heaney also composed beautiful verse translations of classical Greek plays, including The Burial at Thebes.

A timeless classic that gains renewed vigor in this translation by a master of the English language, The Burial at Thebes tells the story of Antigone, the idealistic daughter of Oedipus, who prioritizes her family and her principles above her desire to be obedient to the state. The play raises many questions about social stability, patriotism and religious rigidity.

The Last Seven Words of Christ

Joseph Golden, university organist at Columbus State University and associate director of CSU’s Schwob School of Music, presents organ improvisations and spoken meditations on the last seven phrases uttered by Jesus Christ from the cross. This concert is co-sponsored by Fine Arts at First. 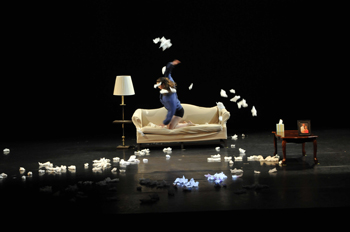 Freshworks:
An Evening of Student Choreography

Student choreographers team up with Dickinson’s student dance company, the Dance Theatre Group (DTG), to present an evening of new choreographic research. This year's show promises to be personal, political, poetic, punchy and profound. DTG is under the direction of Sarah Skaggs. 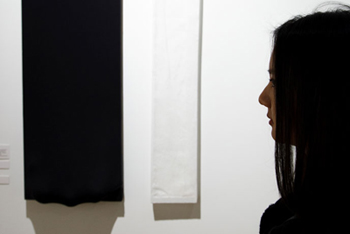 The Trout Gallery, Weiss Center for the Arts

The annual Senior Studio-Art Majors Exhibition marks the culmination of a student’s artistic career at Dickinson. 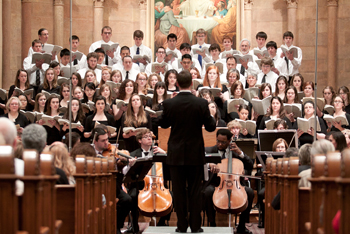 Sponsored by the Cecil Andrew and Adeleine Ewing Fund, this concert is presented in honor of Professor Emeritus of Music Truman Bullard.

This concert features students who have been working in chamber ensembles coached by music-department faculty.