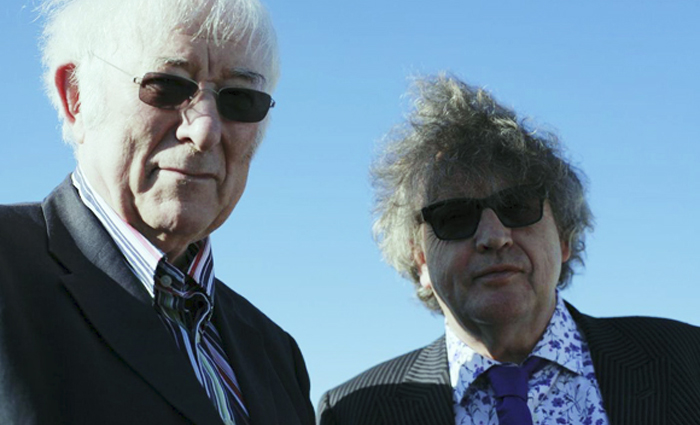 Acclaimed poet Paul Muldoon was still an undergraduate at Belfast’s Queen’s University when he first crossed paths with the legendary writer Seamus Heaney in the early 1970s.

Muldoon’s professor, so the story goes, sent a batch of Muldoon’s poems to Heaney and asked the poetry great to critique them—or, more specifically, to name what was “wrong with them.” Heaney’s one-word reply—“Nothing”—has been cited many times during the four decades since, as it marked the start of a fruitful mentorship and friendship between two of the best-loved English-language poets of our age.

Heaney, a longtime friend of Dickinson College, died unexpectedly last September—just months before he was slated to return to Dickinson through the Harold and Ethel L. Stellfox Vising Scholars and Writers Program—and Muldoon was among those who delivered eulogies at his funeral. So when it came time to identify a new award recipient, Dickinson officials didn't need to search far.

This spring, Muldoon will come to Dickinson to accept the Stellfox Award, an honor bestowed in recognition of Muldoon’s accomplishments as a Pulitzer Prize-winning poet, and with a nod to the literary giant who nurtured Muldoon's success.

Born in 1951 in County Armagh, Northern Ireland, Muldoon worked in Belfast as a BBC radio and television producer for more than a decade before moving in 1987 to the United States, where he still resides.

Best known for his exuberant language and vivid, unexpected associations, Muldoon was appointed poetry editor of The New Yorker in 2007, and he has taught poetry at Oxford, Cambridge and Columbia universities; the University of California at Berkeley; the University of Massachusetts; and at his current post, Princeton University.  He also is a bassist-songwriter who performs with a rock band, has collaborated with Warren Zevon and has written libretti for the operas Bandanna (1999) and Shining Brow (1993) and the play Six Honest Serving Men (1995).

During his weeklong residency at Dickinson, Muldoon will interact closely with students in workshop and classroom settings and will deliver a public address on April 2. A concert of music setting his poetry and Heaney’s poetry to music also will be performed.