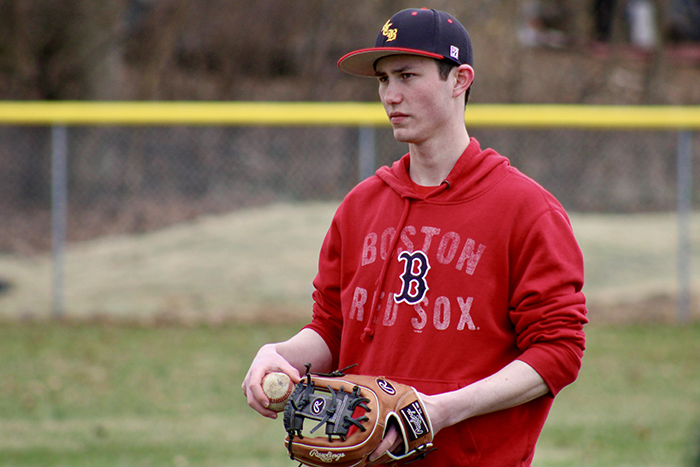 “Data analysis and data-science techniques don't mean a whole lot unless you're asking interesting questions. The data analytics professors here get that,” says Ben Warren ’25, who’s harnessing data to work on a variety of problems and topics. During his first year on campus, he used technology to help develop tools for easier crop planning and literary analysis, and he earned an internship at the Federal Reserve Bank of Philadelphia, where he puts together geographic data for research on the effects of racial housing restrictions in Philadelphia. The internship ties broadly to what he learned in his First-Year Seminar on institutionalized racism, and it combines his interests in GIS technology, history and data.

I love how the data analytics major at Dickinson embraces an interdisciplinary identity. Baking three courses from another department into the requirements for the major pushes students out of our comfort zones a little bit, but I think it allows for much deeper, more focused inquiry. Fundamentally, data analysis and data science techniques don't mean a whole lot unless you're asking interesting questions. The data analytics professors here get that, and the program supports us asking questions across a whole range of disciplines, from the more traditional perspectives like business and economics to areas where I've rarely seen rigorous data science principles applied, like theatre, art history and Spanish.

During my time at Dickinson so far, my favorite learning experience would have to be Assistant Professor of History Say Burgin’s First-Year Seminar How the U.S. Institutionalized Racism. I wasn't sure what the environment of a First-Year Seminar would be like, but Professor Burgin is such a dynamic person, and my classmates were so engaged and insightful. I always felt that class went by too fast—I was sad to leave it after the fall semester.

In CS290, much of the class was spent preparing to develop and developing a new feature for the FarmData2 open-source project, which the College Farm staff will use to help keep track of the crops the farm plants and harvests. Currently, they use an earlier version of FarmData, and once development is further along in FarmData2, the farmers are planning to pivot to the new version!

It was awesome to get the opportunity to work on software-development problems for a legitimate product that the College Farm puts to use every day. By the end of those two courses, I had learned a lot of completely new skills and put them to use in the real world, which I think is phenomenal.

...a house painter. My favorite color was white. I had read Mr. Popper's Penguins (lovely book), and I guess I believed that the occupation inherently came with penguins as pets. Clearly, I didn't think that all the way through—my cat wouldn't have gotten along with the penguins.

This past summer I interned at the Federal Reserve Bank of Philadelphia, where I helped put together geographic data for research on the impact of racial housing restrictions on demographics and housing statistics in Philadelphia from 1900 to the present day. The project was a great match for my interests in data science, GIS and history, and I was able to work on some technical skills as well as simply learn how to exist in a physical workspace, since I'd never worked in an office before!