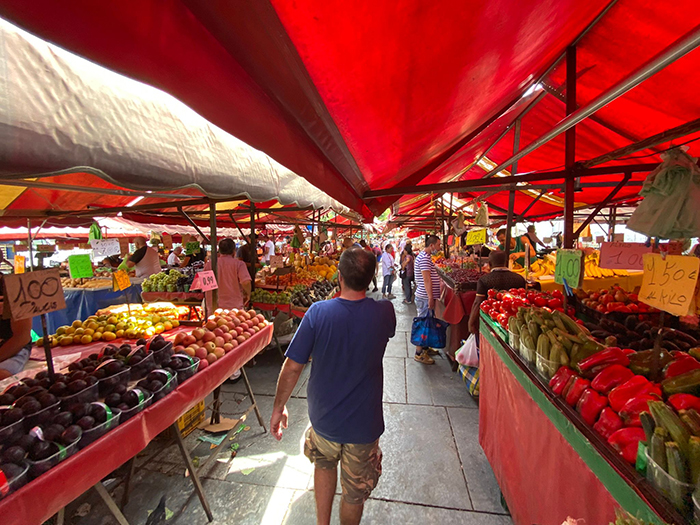 Fourteen Dickinson students recently learned about Italian food culture and sustainable food systems while on Italian shores. Twelve students took part in a program that included classroom learning and a trip to Italy. The other two served impactful internships while studying abroad in Bologna—and learned firsthand about food insecurity and nonprofit organizations that seek to help those in need.

All enjoyed a chance to see—and taste!—Italy’s world-famous cuisine, while they learned about global cultures, food systems and leading-edge approaches to one of the world’s greatest and most complex challenges—providing healthy, sustainable and delicious food for all. 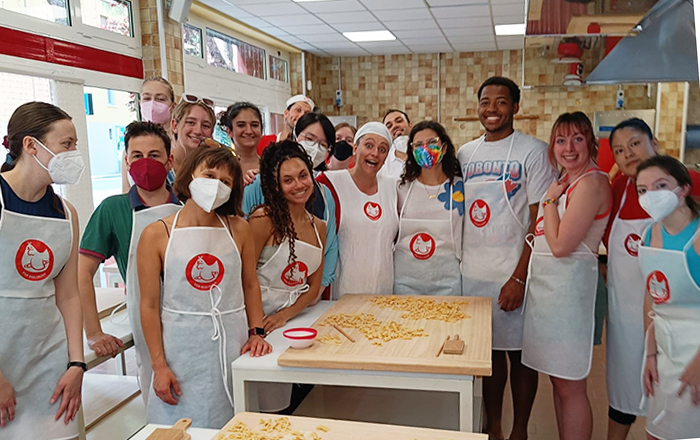 Students made pasta during a fresh pasta lab, held in the town where this favorite food was born.

Students in Dickinson’s 2022 Bioregions and Food Cultures of Italy summer global program, led by Senior Lecturer in Italian Luca Trazzi, traveled to Bologna, Venice, Sorrento, Pompeii and Turin to meet with leaders and workers in food-related industries. And they sampled many delectable dishes along the way.

The class toured the Villa della Regina garden and vineyard with Delphine Dall’Agata ’17, a former Bologna exchange student and Fulbrighter now working in Turin at a United Nations agency. The class likewise enjoyed special access to the oldest urban vineyard in Venice, owned and operated by a monastery.

The students also learned to make pasta and gelati, investigated ancient bakeries in Pompeii and studied the ancient Roman diet. In addition to visiting pasta, cheese and olive-oil production facilities and touring a unique farming island, they discussed urban horticulture and regeneration with the founder of an organization devoted to this work; visited a rooftop garden; and took in a fruit museum, the Agricultural Chemistry Station, and the largest open-air market square in Europe. 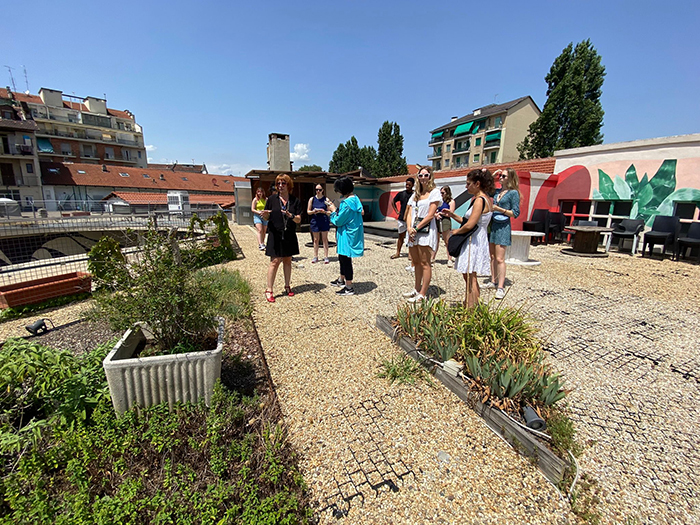 Students visited a rooftop garden in Torino, where they met with Delphine Dall'Agata ’17.

Now back in their home countries, the students will write reflection papers about what they’ve seen, tasted and learned.

“I would recommend this course to anyone who is interested in food and food studies,” said Elijah Chandler ’23 (biology), who especially enjoyed sampling Neapolitan-style pizza on the Amalfi Coast and visiting food-production sites. “I learned to appreciate food from a different cultural perspective.”

Both are enrolled in food-studies certificate program, which requires them to complete an 80-hour experiential-learning component. And while abroad, both were enrolled in Forms of Social Activism in Italy, a class taught at the Bologna Center that requires students to volunteer with local organizations and then reflect on and share their experiences. 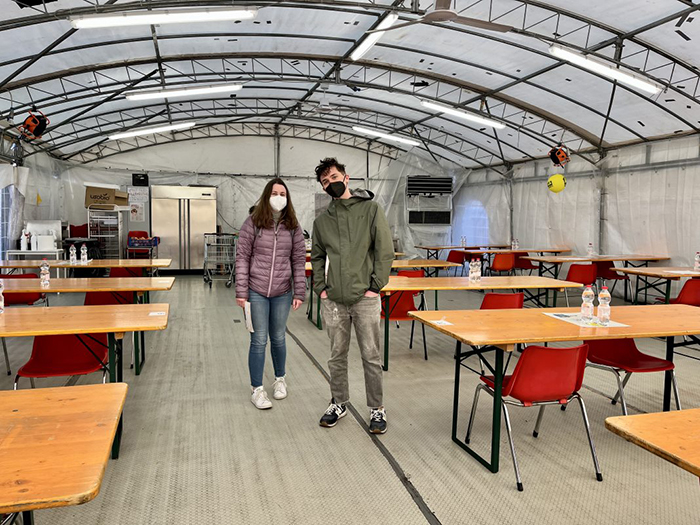 Marks and Ritter opted to volunteer in separate soup kitchens in Bologna.

“This was one of the most worthwhile experiences I could have had while abroad,” said Ritter. “Not only did it allow me to use my Italian language skills in a real-world context, but I was also able to become involved in the Bologna community and learn more about how hunger affects people in Bologna, particularly immigrants.”

As they benefitted the local community, the students sharpened their Italian-language skills and gained unique insights into global cultures and global issues such as global displacement, hunger, poverty, sustainability and nonprofit development. And, like the summer-program students, they embraced the chance to better understand Italian society and culture, notes Bruno Grazioli, resident director of the Bologna program and contributing faculty member in Italian.

“They got to experience firsthand how Italy and Bologna are, far from the romantic and Instagrammable images we are exposed to,” Grazioli explains. “These are experiences that truly change lives, for our students and for locals, and these are the experiences that Dickinson in Bologna is able to offer students, thanks to the college's longstanding presence in the city and its commitment to excellence in international education.”