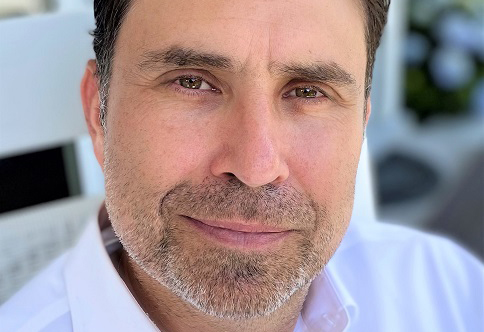 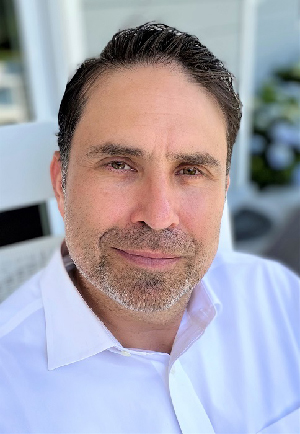 Former economics major Bram Zeigler ’93, partner, research analyst and portfolio manager at Algert Global, started the nonprofit Capitalists for Shared Income, which aims to push capitalism to address the inherent flaw of extreme income/wealth inequality. Through donations, they aid other nonprofit charities that work with people living in poverty.

I’m a big believer that one’s career is path-specific, and in order to take advantage of the opportunities offered along that path, one must have a broad set of skills that a liberal-arts education provides. My career has been quantitatively based, having been an economics major and mathematics minor, but I’ve had to use the writing and creative skills that course work in English literature, music, psychology, sociology, philosophy certainly honed for me.

I was involved in a lot of different activities at Dickinson including being a resident advisor, a Big Brother, serving on the Judicial Board and working for a professor. The most time-consuming and favorite activity was certainly as a member of the men’s basketball team for four years. It kept me focused and disciplined during a period in one’s life when it is easy not to be. As a teammate of mine said at a recent reunion, “I appreciate having something to be that passionate about.” The guys I played with are some of my closest friends to this day.

I did not study abroad, but several of my best friends did, and I was able to be a witness to their experience. Spurred by their experiences, immediately after graduation I traveled to Europe for three weeks with one of them, visiting Paris, Toulouse, Florence, Munich, Berlin, Prague and Amsterdam. Dickinson has always had a robust study-abroad program, but I believe the on-campus experience today is much more globally enriched than it was when I was there in the early 1990’s.

One of the benefits of a small school is the potential to work with and get to know professors. I stayed in Carlisle the summer after my junior year and worked for Professor of International Business & Management Steve Erfle. I enjoyed it so much, I ended up working for him throughout my senior year as well. Steve and I are still in touch, and I consider him a friend. We often get together and split a bottle of wine in his office when I come back each February for the annual basketball alumni game. He has also looked me up a couple of times when he’s come to San Francisco. Out of all my wonderful memories of my time at Dickinson (and there were many!), this is near the top.

I’ve always been a donor, having never missed a year of giving since I graduated. I’ve also volunteered with the Office of Admissions to interview high school seniors and represent Dickinson at high school college fairs. More recently, I am a founding member of Friends of Red Devil Basketball, which engages Dickinson basketball alumni and supports the men’s and women’s programs financially. As part of this, I’ve been able to mentor some of the current men’s basketball players, which has been very rewarding and helped me stay in contact with the program. I try to get back to Carlisle every February for our annual alumni game, although I have not been back since February 2020 due to COVID. I’m looking forward to February 2023!

My first job out of college was at Economists Inc., an antitrust consulting firm in Washington, D.C. I thought it was cool that an economics major would end up working at a firm called “Economists Inc!” On my first day as a research analyst, they asked me if I was interested in taking over as the dedicated “SAS programmer.” Having learned D-Base and SSPS working for Professor Erfle, I eagerly volunteered. This set me on my career “path” that I’m still on today, using various programming languages to manipulate and analyze data. One of our clients was The NASDAQ Stock Market, and they ended up hiring one of our economists to become their chief economist, and he recruited me to join him after graduate school. That was my foray into financial services, from which I moved on to Charles Schwab & Co. and then to the investment management firm I’ve now been with for the last eighteen years. I still program SAS today!

I enjoy my job, but my other passion is running the nonprofit I started in 2021 called Capitalists for Shared Income, or C4SI. C4SI believes that Capitalism is the greatest economic system ever created by humans, but like humans, it has flaws. Its biggest flaw is extreme income/wealth inequality. We believe this flaw is an existential threat because as extreme inequality has increased more of the general population has become disavowed with capitalism (see Glenn Hubbard’s recent article in The Atlantic ). C4SI aims to push capitalism to address this inherent flaw. We collect donations, buy pre-funded debit cards and distribute these cards, which we have branded "$ecurity Cards," through other 501(c)(3) public charities working with people living in poverty. Pretty simple. A private UBI if you will, but on a small scale. In fact, C4SI was inspired by seeing Andrew Yang in Iowa in January 2020. Yang told a great story about how in the early 1970s the House of Representatives passed Milton Friedman’s “negative income tax” (a precursor to UBI), but it couldn’t get through the Senate. I sat there listening to him speak and thought to myself, if it couldn’t get through the Senate in the early 1970s, it will never get through the Senate now! And an idea was spurred: Why can’t we share income privately? From that, C4SI was born. As I was formulating the idea in my head, I actually audited a social innovation class at Dickinson with Associate Provost and Executive Director of Dickinson College’s Center for Civic Learning & Action Gary Kirk that really helped me in my thinking.

Let me use this prompt to share an unforgettable thing related to Dickinson that recently happened to me. About a month ago, I walked out of my house and approached my car and noticed that my red Dickinson mask was not on the dashboard where I always leave it. When I got to my car, I noticed it had been broken into overnight. The contents of the front console were thrown all over the car, my insurance and registration cards had been taken, and a bank deposit stamp for my nonprofit had been stolen. After reporting the theft with the sheriff on-line and ordering a new registration card from the DMV, I decided to drive to the bank and report that my bank deposit stamp had been stolen. As I drove through town, I noticed several police cars on the side of the road; they had a man handcuffed and leaning up against one of the cars.  As I got closer, I noticed the perp was wearing a mask. A red mask. My Dickinson mask! I pulled over, jumped out and said to one of the cops, “I think that guy broke into my car last night!” The cop said, “Do you work for Capitalists for Shared Income, because we found a bank deposit stamp with that name on it.” I laughed and told him my story. We both agreed this was one of the better stories involving a mask during the pandemic—all thanks to Dickinson red!