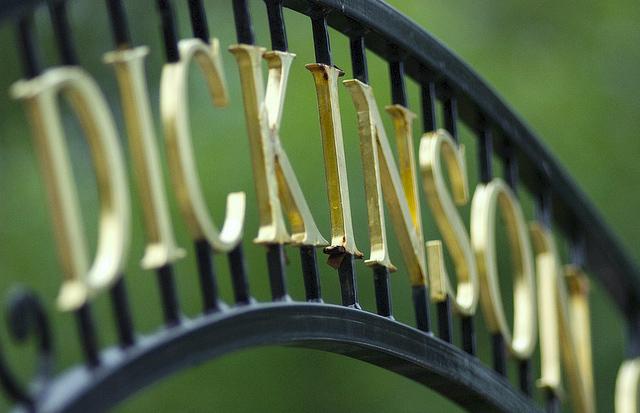 Dickinson’s Standard & Poor’s (S&P) A+ bond rating has been upgraded to A+ with a stable outlook. The move comes during a strong year for the college, which includes more than $30 million in fundraising, record applications and strengthened fiscal discipline.

S&P, a leading global index provider and data source best known for producing the essential S&P Index, has provided expert financial analyses and credit ratings of higher-ed institutions globally for more than 50 years. Dickinson has maintained its A+ bond rating since March 2011. Its previous stable outlook had been downgraded in August 2021, amid the pandemic, but was upgraded yesterday in a decision that cited the appointment of John E. Jones III '77, P'11, as the 30th president, enrollment growth and strong financial resources.

“Dickinson is stronger than ever and moving forward together,” said Jones. “And as we continue to move forward, it’s good to know that outside authorities like S&P are seeing what many of us in this community already know—Dickinson is financially strong and we’re well positioned as a leader in liberal-arts education.”

Donor confidence in the college is at a high, as the more than $30 million raised so far this year has already made this Dickinson’s best fundraising year in the last decade. Also cited by S&P, the Campaign for Scholarships: Change a Life—Change the World was an early Jones initiative and the most ambitious financial-aid fundraising effort in the college’s history. The campaign is already 60% toward its goal, which will enable the college to continue to meet the full demonstrated financial need of every admitted student. This week, the Dickinson community also came together in full force for the Day of Giving, with more than 3,500 gifts, totaling over $1.4 million in a single day.

Prospective students and their families are noticing that confidence, based on the 8,230 applications the college received for the class of 2026. That number is the highest in the college’s 239-year history. That level of demand also allowed the college to increase selectivity, with a 35% acceptance rate for the historic class.

In addition to these achievements, the college has also increased its financial stewardship in recent months. In an effort to maximize Dickinson’s strategic mission for current students while aiming toward long-term growth, for the first time in five years the college established a balanced budget without drawing on reserves. Additionally, the college was recently able to decrease endowment spending from 5% to 4.75% annually, in a move that sets the stage for long-term endowment growth while continuing to enhance the Dickinson experience for current and future students.