With a Record Number of Applications, Dickinson Focuses on Selectivity 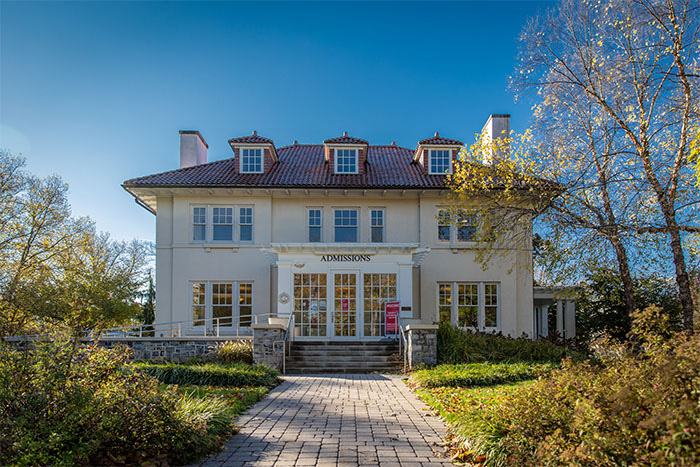 Acceptance rate hits 35%, a record for the college

The numbers are clear evidence that demand for Dickinson’s brand of liberal-arts education is stronger than ever, and the surge in applications allowed the college to become more selective than ever. This year’s 35% acceptance rate is the lowest in the college’s history, placing Dickinson within striking distance of being one of the 100 most selective colleges in the United States.

These application numbers come on the heels of John E. Jones III ’77, P’11, being appointed interim president of the college in June 2021 and then officially becoming Dickinson’s 30th president in February 2022.

“That more students are seeing Dickinson as the place to prepare for an ever-changing future should come as no surprise to anyone, and it’s certainly no surprise to me,” says Jones, who previously served as the chair of Dickinson’s Board of Trustees. “Dickinson is always innovating, finding new ways to prepare the leaders of tomorrow. It’s a place where a robust liberal-arts education embraces revolutionary approaches to tackling tomorrow’s issues. And clearly those approaches continue to resonate across generations—more powerfully than ever.”

Applicants to the class of 2026 represent 49 states and 128 countries. Twenty-six percent of applicants are domestic students of color, and 29% are international students. Behind these numbers lies the hard work of the admissions staff and wider Dickinson community—and an exceptional new group of Dickinsonians, ready to engage the world on a whole new level.

“Signing Day—when I hand-sign acceptance letters for every admitted student—signals the culmination of many months of research and communication on the part of the enrollment team, coaches and students,” says Catherine McDonald Davenport ’87, vice president for enrollment and dean of admissions. “But for our new class of incoming students, it’s the start of a deeper relationship with the college as Dickinsonians—it’s not so much the end of a process as it is the beginning, at Dickinson and in the wider global community.”