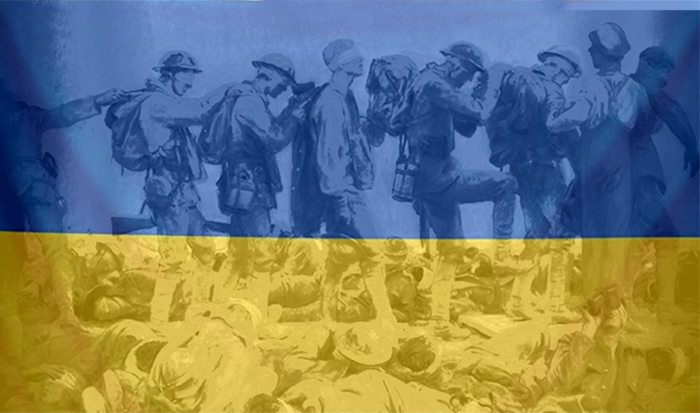 As news from Ukraine continues to dominate global headlines, Dickinson’s Department of Music presents musical reflections on the ravages of war and the universal call for justice and peace. War, Peace and Justice: A Musical Plea will ring out in Rubendall Recital Hall, Weiss Center for the Arts, on Saturday, April 2, at 7 p.m., and at Sunday, April 3, at 4 p.m.

The concert brings students, faculty, staff, alumni and local community members together to perform music by Vaughn Williams, Arthur Bliss and Sam Phelps ’19 and poetry by Wilfred Owen, Walt Whitman and Wendell Berry. It's led by Jennifer Blyth, professor of music, and Professor of Music Amy Wlodarski, director of the college choir.

The double performance is dedicated in memory of Sherwood McGinnis, a former national-security expert and Department of State official who taught Russian and international studies at Dickinson and passed away last year. McGinnis had instigated the idea for the concert as a complement to a military-civilian symposium on war, peace and justice. Although the spring symposium was rescheduled, the concert's going on as planned this spring as a tribute to the former professor, in recognition of his service to, and his support of, the Dickinson music program, as a dedicated audience member.

War, Peace and Justice: A Musical Plea begins with the final movement of a new work by Phelps, a music-program alumnus. Commissioned by the music department with support from Dickinson’s Center for Sustainability Education, Phelps’ composition sets to music selected poems by Wendell Berry, best known for his writings on environmental themes.

“Although I usually hear Wendell Berry’s name in connection with environmentalism, I find his work to be more deeply concerned with what it means to be human, and ideas like givenness, truth, and grace,” says Phelps, who has long admired Berry’s work and struck up a correspondence with the poet shortly after graduating from Dickinson’s music program. “I thought the College Choir would be a good fit for Berry’s work, given the ethos and mission of the school.”

Together, these Dickinsonians and friends create a stirring event that resonates for Dickinsonians like Christian Winter ’24, a music major who sings baritone in the College Choir.

“The whole concert is a testament to the horrors of war, which are so easy to forget in times of peace,” Winter says. “It feels really important to be singing this specific repertoire at this time, given the events in Ukraine.”