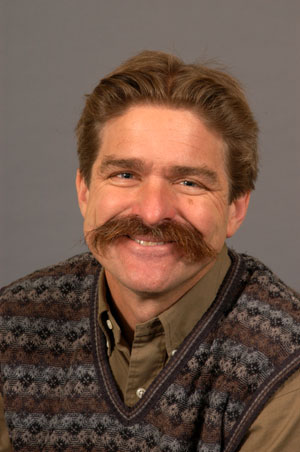 An actor, director and playwright, Todd' s professional credits include work with the Guthrie Theater, the Dallas Theater Center, Pennsylvania Centre Stage, Florida's Annie Russell Theatre, New York's Cider Mill Playhouse and performances at the Edinburgh International Festival Fringe. Productions of his plays have included HOTEL INTOLERATO (Dickinson College), THE HAND (Trinity University), and IN MY CASE AN EXCEPTION SHOULD BE MADE, produced initially at the Randolph Studio, Edinburgh, Scotland, and subsequently at the Fresno (CA) Museum of Fine Arts, the San Francisco Palace of Fine Arts and on tour through California's Central Valley. It was also recorded for broadcast on California Public Radio. As a director and producer, Todd's productions have been presented at many college, university and professional theatres domestically and also at the Randolph Studio (Edinburgh, Scotland), the Berliner Arbeiter Theatre (Berlin, Germany), the UEA Studio Theatre (Norwich, England), and the Teatro Bicchieraia (Arezzo, Italy.) Todd's more recent activities have included playing Mark Twain opposite British actor Tom Watson in " Dickens and Twain: A Special Relationship" in England, Scotland and the US, and reviving his one man play based on the life and writings of William Saroyan (to mark the centenary of Saroyan's birth) which was performed in San Francisco, Fresno, New York City and Yerevan, Armenia. He returned to Mark Twain with "Mark Twain Abroad," writing and performing a piece showcasing Twain's international travel.

THDA 201 Theatre History
The impulse to perform (and to be an audience) can be traced back to the very roots of human society. This course will explore the origins and evolution of theatre as a formal art within the context of western cultures. Beginning with the Theatre of Greece in the 5th Century BCE and proceeding up to the 20th Century, the broad relationship of art and culture will be illustrated through examination of both written plays and historical artifacts regarding play production in classical, medieval, early modern and modern eras. Students will learn through traditional classroom lectures and readings, and also through more performance-oriented exercises and explorations.

THDA 305 Advanced Directing
An inquiry into the process of translating a play from the printed text to the live stage. Detailed analytical techniques and major directorial theories are examined through readings, class discussion, and written assignments. Each student directs a one-act production under advisement of the instructor. Prerequisite: 205 and 230.

THDA 495 Senior Project
A culminating experience for students completing the Theatre major with emphasis in Dramatic Literature, Acting/Directing, or Dance. The specific nature of projects will be determined on an individual basis, but all senior projects will consist of at least two of the following: a) scholarship, b) technical/production work, and c) performance. Students will register for .5 course credit in the fall semester, during which planning and research will be conducted, and .5 in the spring, during which presentation of the project will occur. Prerequisite: four .25 course credits in THDA 190.