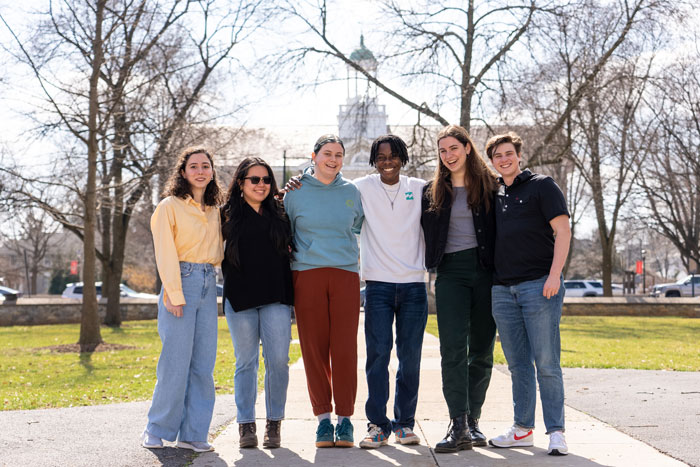 Continuing the college’s history of success, every applicant is accepted into highly selective, yearlong program

The Visiting Student Programme at Oxford University’s Mansfield College is one of the most selective abroad programs on earth. And it’s also one in which Dickinson students have reached an incredible level of success.

This year is no different, with six applicants from diverse academic backgrounds making the cut and heading overseas to England for the 2022-23 academic year. The group brings Dickinson’s 10-year tally to 33 students enrolling in the prestigious program, which accepts applicants from Ivy League and selective colleges and public universities in the U.S. and the EU. Students must have a minimum 3.75 GPA and strong recommendation from college faculty.

This year, all six of the candidates were accepted into the program:

For more on the program, including how to apply, visit the Dickinson at Oxford page. For more on abroad opportunities, visit the Center for Global Study & Engagement's education abroad page.