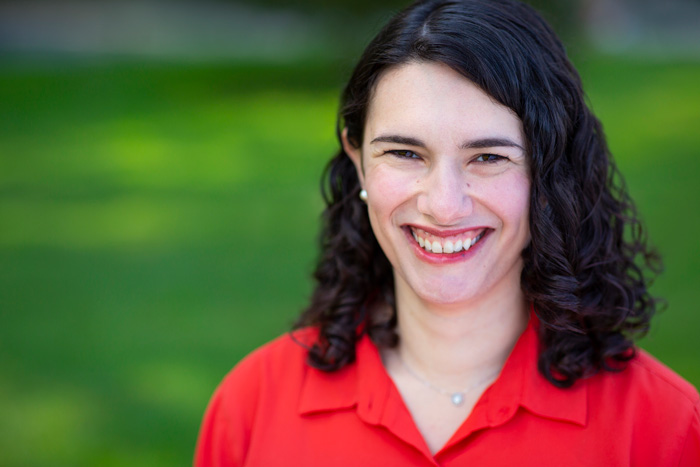 Former theatre arts major, Sara Brookner ’08 (formerly Bookin-Weiner), followed her passion for the arts to the rewarding career of associate director of institutional giving at Celebrity Series of Boston. Using her knowledge of theatre and her talent for fundraising, she helps to bring the world’s greatest music, dance and theatre performers to the Boston community.

My liberal-arts education provided both a framework for how I see the world and insight into how different areas are interconnected. In the performing arts especially, I think it’s incredibly valuable. As a dramaturg, I’ve researched everything from Australian penal colonies to autism spectrum disorders. And as a grant writer, I’ve described programs in alignment with everything from youth development to accessibility.
What was your favorite activity/organization at Dickinson?
I’m hard pressed to choose between the Mermaid Players and Dance Theatre Group. I loved how these were co-curricular activities and being involved as a theatre & dance major strengthened my relationships with the professors and my classmates. Some of my fondest memories at Dickinson come from their annual traditions—Looking for Things, the Freshman Plays, the end of year banquet—and special opportunities, like performing when the legendary choreographer Trisha Brown was awarded the Arts Prize.
How has Dickinson’s focus on global education impacted your life or career since graduation?
My dad, fellow alum Jerry Bookin-Weiner ’68, spent his career in international education, and I knew I had to find a school that shared the value my parents instilled in me of learning about other cultures. I took advantage of study abroad during and after my time at Dickinson: first as Professor of Theatre Todd Wronski’s assistant when we took his show “Dickens and Twain: Crossing the Pond” to the Edinburgh Fringe, then my junior year in London, a summer in Morocco before I started grad school and three months in Moscow as part of my MFA program. I’ve watched theatre, music and dance in five different countries and been drawn to work at organizations that bring international artists to the Boston area.
What jumps out as a great memory from your time at Dickinson?
Working on my Weiss Prize-funded senior project, "Out of Order." The cast and I researched the effects of climate change, devised the performance and built a traveling show that used different parts of the Cube. I loved building a new play from scratch collaboratively, drawing on the practitioners I had studied and admired and working with such a wonderful group. I still remember creating water-damaged photos with my roommates that took over our whole Denny apartment to make sure they had the right effect for the installation.
How do you stay involved with Dickinson?
In addition to some of the lifelong friends I made there, I’m still in touch with some of my professors. I’ve tried to stay informed about what’s changed and is happening on campus. I see a much more activist student body than when I was there, which is inspiring, and I’ve tried to support their efforts when I can.
How did you get interested in your work, and what about it excites you most?
Being a fundraiser, and a grant writer in particular, is a bit like being a dramaturg—what I studied in graduate school, and first tried out under the mentorship of Charles A. Dana Professor of Theatre Karen Kirkham at Dickinson. I learn about the artists, performances and programs my organization presents and then get to use my relationship-building and written communication skills to grow our ability to support these creative experiences. For me, it’s really fulfilling to know that I am helping to create opportunities for artists to perform and audiences to experience their work.
What does your current work entail?
Celebrity Series of Boston presents the world’s great orchestras, chamber ensembles and soloists, and leading artists in jazz, world and folk music, contemporary dance, and spoken word. As the associate director of institutional giving, I manage a portfolio of over 60 corporate, foundation and government funders. This means that I research new funding opportunities, form and steward relationships with institutional funders and work with my colleagues to craft written proposals and reports. Both there and in my previous position with ArtsEmerson, I’ve been part of committees working to advance accessibility and racial equity.
What comes to mind as something unforgettable that you’ve done since you graduated?
In 2011, during my last year of grad school at the American Repertory Theater Institute at Harvard University, I got to work as an assistant director to John Tiffany on the Broadway-bound workshop production of “Once,” which went on to win eight Tony Awards with almost entirely the same cast and creative team.