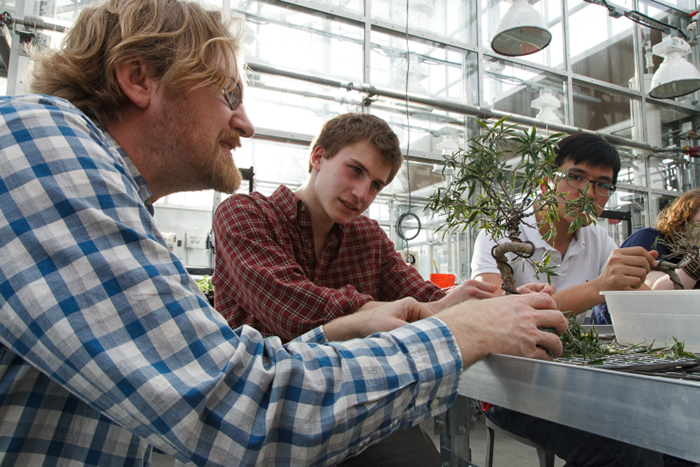 Alex Bates, associate professor of Japanese language, literature and film recently received the 2020-21 Distinguished Teaching Award, which recognizes excellence in teaching and is the highest teaching honor given to a Dickinson faculty member. Recipients are determined by faculty voting and approved by the president.

“We put our students first, so having colleagues who prioritize teaching recognize me in this way is a true honor,” said Bates.

“His work has been characterized by exceptional interdisciplinarity,” said Provost Neil Weissman. “Even before the college itself so moved, Professor Bates pitched topics such as global perspective, ecocriticism and understanding complex disasters.”

In addition to teaching Japanese language, Bates leads courses on Japanese literature and film. He is the author of The Culture of the Quake, an examination of representations of the 1923 earthquake that destroyed Tokyo. His research has also examined natural disasters in modern Japanese culture, including the 2011 tsunami and Fukushima nuclear disaster. He partnered with Dickinson’s Department of Earth Sciences on two summer study abroad programs to the devastated regions. Bates’ research interests include sustainability, ecocriticism, urban modernism and early postwar Japanese literature and film.

In service to the college, Bates chairs the Department of Film & Media Studies and serves as the parliamentarian at Dickinson faculty meetings.

Bates holds a bachelor’s degree from Brigham Young University and a master’s degree and Ph.D. from the University of Michigan.

This is the 60th year the college has given the Distinguished Teaching Award. It is supported by a permanent endowment funded by gifts from senior administrators.