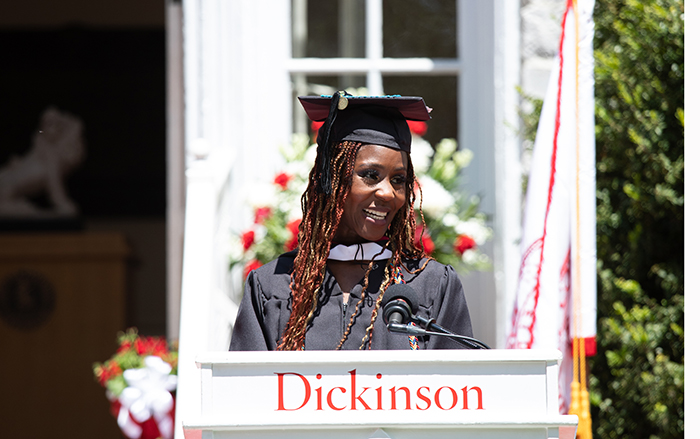 New graduate finds voice on board

Every year since 2011, one member of Dickinson’s graduating class has been elected from a pool of nominated applicants to serve a two-year term on the board, with full voice and full vote. Young Alumni Trustees are appointed by current board members, who recognize the valuable perspectives that new graduates offer.

Adebayo was announced as the 2021 Young Alumni Trustee during Dickinson’s recent Virtual Commencement. During her brief remarks, she recalled some of the Dickinson experiences, inside and outside of the classroom, that inform her social justice work, which includes co-leading Dickinson’s inaugural Women of Color Summit.

“Dickinson’s interdisciplinary education helped me better understand complex problems that plague the world,” said Adebayo. “It gave me the platform and opportunity to be an active learner and an engaged participant in the issues that I care deeply about.”