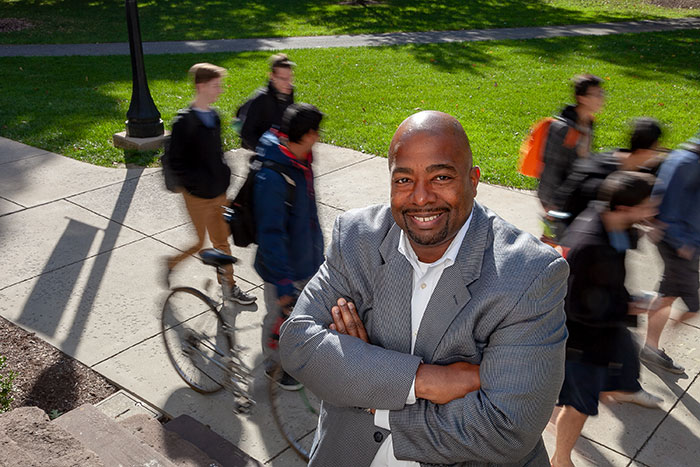 Conversations regarding changes to campus structures and practices are ongoing. Any questions or suggestions can be directed to Vice President for Student Life George Stroud at stroudg@dickinson.edu.

Dickinson is taking steps to increase its commitment to diversity and inclusion throughout all areas of the institution. Several of these initiatives have been underway for some time, but others grew out of the racial tensions brought to the surface around the country in recent months. During the summer, members of the college administration met virtually with concerned students, including members of the Black Student Union, to address issues that had been raised.

In addition to these efforts, Marcus Witherspoon ’20 and Naji Thompson ’19 launched the Athletes of Color Coalition, which will work in conjunction with the athletics department and student life office to better Black and Brown student-athlete experiences as a whole, serve as an immediate support system for all athletes of color and oversee a newly created voluntary mentorship program for incoming athletes of color.

Conversations regarding changes to campus structures and practices are ongoing.  Any questions or suggestions can be directed to Vice President for Student Life  George Stroud (stroudg@dickinson.edu).