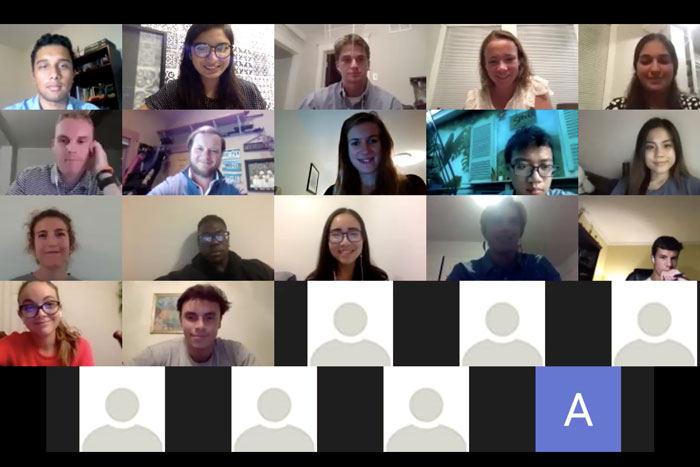 Dickinson has around 120 clubs and organizations for students to join, but as admissions and student-life staff members always say, “If you don’t find what you’re looking for, you can always start your own!” Recently, Maisara Khan ’21 and Sierra Nguyen ’21 took the college up on that offer and created the Dickinson Consulting Club.

For the uninitiated, a consultant provides expert advice in specialized fields such as business, regulatory compliance, marketing and finance. And with a broad liberal-arts education, the doors to various industries are wide open for Dickinson students.

“After we discussed each other’s career aspirations, we realized that we share a mutual interest in the consulting industry,” says Khan (mathematics & economics), the club’s president, on how she and Nguyen finally met after summerlong deep dives into the world of consulting. “That moment made us realize that there might have been other Dickinsonians with the same career interests but who don’t have enough support or resources to help them reach their goals.”

Now, two months after its founding, the club has hosted five virtual events with guest speakers, most of whom are Dickinson alumni. And the companies represented at the events are about as big as it gets in the industry, ranging from McKinsey & Company, EY and Deloitte to PwC, KPMG, Grant Thornton and Valley Forge Financial Group. Also on the slate have been weekly meetings, during which members deliver presentations on varying consulting topics as well as practice mock case interviews, and a “coffee chat” with an alumnus working at Vanguard is upcoming.

Building pathways for each other

“Student-led efforts are essential in bridging the recruitment gap and sparking those initial conversations that can lead to career opportunities for themselves and fellow Dickinsonians,” says Annie Kondas, dean and director of employer relations & career development, who serves as an advisor to the club. “It’s a full cycle that begins with meaningful connections, followed by strengthened relationships, and alums giving back to help launch the careers of Dickinson students and graduates. Those graduates then go on to successful careers and continue to build pathways for future grads.”

The club has received an overwhelming amount of positive response from fellow Dickinsonians—both students and alums—as it sets out to promote students’ interests in consulting and support them in navigating their career trajectory before and after graduation.

“The club seeks to build a community of hardworking and committed students who are willing to help each other succeed in the job searching process,” says Nguyen (political science, quantitative economics), the club’s vice president. “In the future, we hope this club will open doors for Dickinson students to enter their dream companies by fostering relationships between Dickinson and potential employers in the consulting, finance and related firms, and by giving them the skills they need to succeed.”

As the club grows and its network extends across the Dickinson community and beyond, it won’t just be its members who benefit.

“I was immediately impressed with the energy and momentum Sierra and Maisara had already achieved through targeted and thoughtful alumni outreach,” says Jessica Seretti, associate dean of employer relations & career development and advisor to the club. “And from an employer relations perspective, we have the opportunity to establish stronger connections for the college as a whole.”

“The Center for Advising, Internships & Lifelong Career Development staff have played a crucial part in the success of the club and have been continuously working with us,” says Khan, who also credits faculty and staff from the economics, international business & management and international studies departments with providing support and getting out the word about club events. “Thanks to the warm support from the Dickinson community thus far, we are super excited about what the future holds for us!”