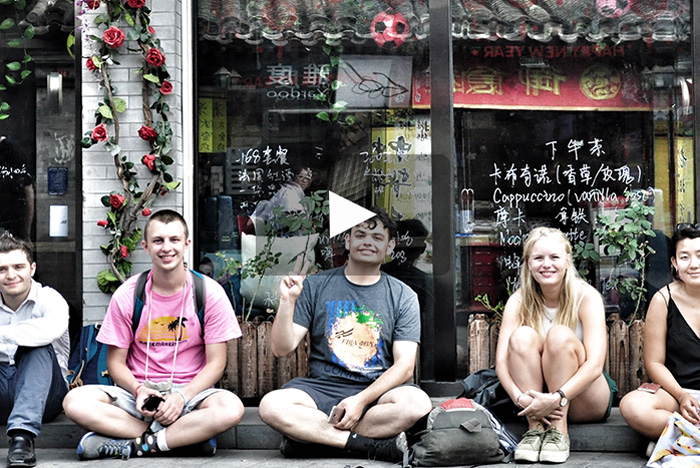 Rocco Cartusciello '20 (East Asian studies) had studied Chinese for six years, but nothing gave him as much insight into the language and the culture as Dickinson's yearlong study-abroad program in Beijing. In addition to studying at Peking University in the urban nerve center of one of the world’s fastest-growing economies, students in the program live on campus or with host families and take on internships during the spring.

“It’s one thing to understand what China is from a Western perspective, but you have to look into it from their perspective to get a better understanding,” says Cartusciello. “The thing about Dickinson in China is there so many opportunities to be had there. ... When I went there, I didn’t really have a good grasp on what the people were like and their customs, [but the program] enables you to meet all these different types of people from different walks of life."

Intensive abroad programs like this are one of the reasons Dickinson has been consistently recognized as a leader in global education. With 18 programs in 15 countries and courses in 13 languages, Dickinson is consistently ranked among the top 5 colleges for long-term study abroad and is the only school to twice win NAFSA’s Senator Paul Simon Award for Comprehensive Internationalization, which is considered to be the pinnacle achievement in global education on campus and abroad.

In addition to the cultural immersion offered by the Dickinson in China program, Cartusciello found it to be as academically challenging as it was rewarding. “I think I really did learn how to work under pressure because it’s a really intense program,” he explains.

Yet, even being thousands of miles from home, he found that he still benefited from the personalized support that is a hallmark of the Dickinson experience.

“Even when I got sick, my host family was taking care of me like I was their own son,” he says. “It was incredible. A lot of people might be scared when they look at these programs and they think going away for a year, I'll be away from my family, I'll be away from my home. But once you embrace it, it opens up a whole new range of doors for you.”