From Classical to A Cappella: Winter Music Concerts Dazzle 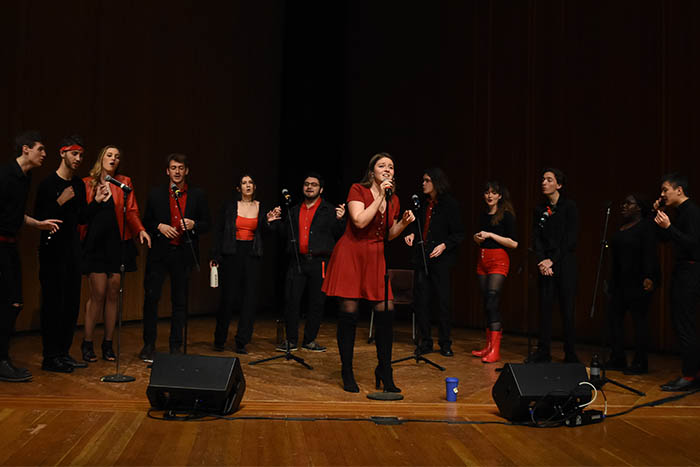 The Infernos perform in ATS. Photo by Zoe Kiefreider '20.

Dickinson musicians are making spirits bright during end-of-year concerts. From jazz to choral, orchestral and chamber music to holiday a cappella showcases, there was something for a variety of musical tastes. 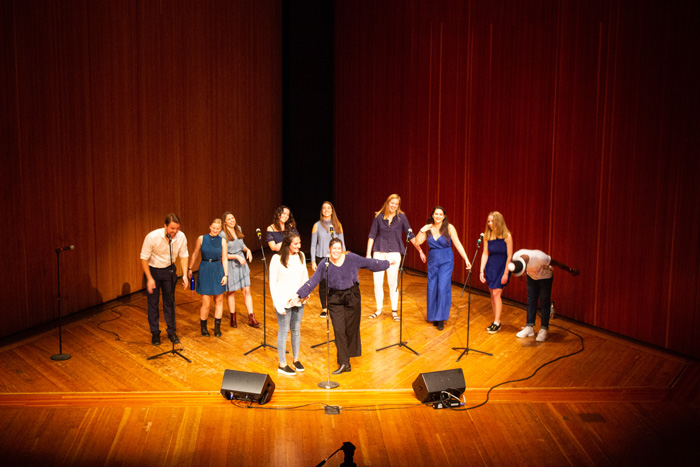 The D-Tones, Dickinson’s co-ed a cappella group, perform during a Dec. 5 concert. Photo by Claudia Bonaccorsi '22.

Dickinson’s student-led vocal groups kicked off with a Dec. 5 concert by the D-Tones, Dickinson’s inaugural co-ed a cappella group. The Octals and Sirens—Dickinson’s all-male and all-female student a cappella groups, respectively—followed up with back-to-back performances. Observing a long-held tradition, each of these two groups made a guest appearance in the other’s concert. 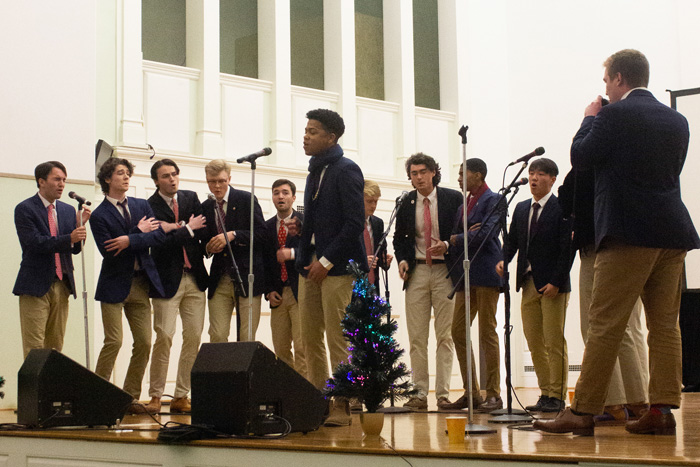 The Octals perform in Allison Hall. Photo by Claudia Bonaccorsi '22.

Student vocalists pulled out all the stops on the last day of classes, as the Crescendevils and Infernos, both co-ed groups, brought the music of performers like Adele, Ariana Grande, Hall & Oates and James Taylor to the stage. 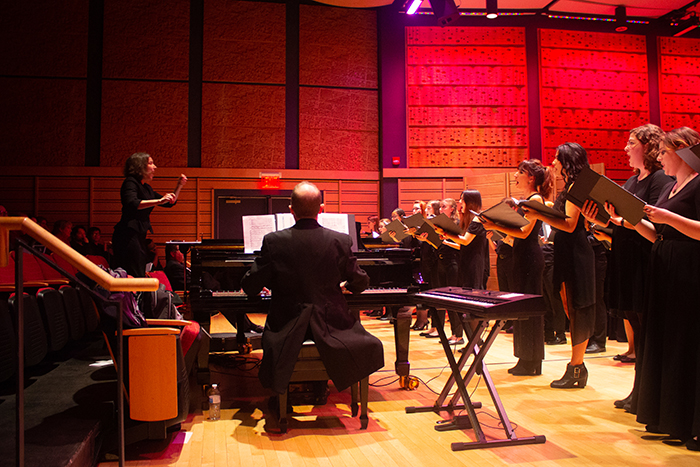 It was music and Italian studies double-major Hannah Youmans ’22’s time to shine during the Dec. 4 Concerto Competition. Open to all students in Dickinson’s performance-studies program, the competition offers student-musicians a chance to vie for a spot as soloist in the spring orchestra concert. Youmans, a vocalist, earned those honors this year—and was soon also named the 2019 recipient of the prestigious Encouragement Award at the Philadelphia region of the Metropolitan Opera National Council Auditions. 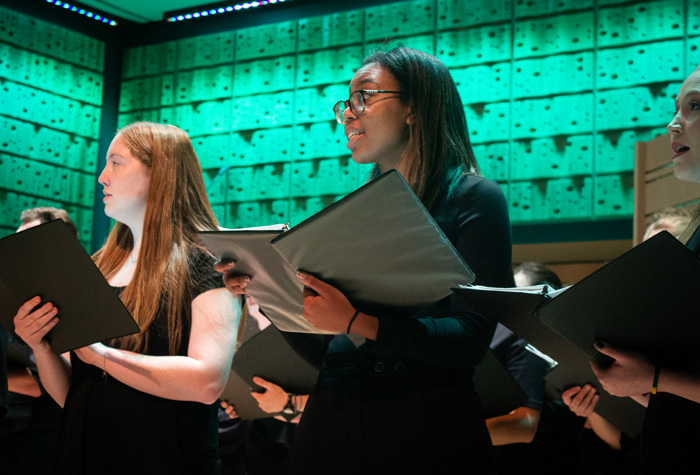 Two more major music department concerts capped the season. Jeffrey Wohlbach, contributing faculty in music, and the Dickinson College Jazz Ensemble presented standards and jazzy holiday tunes on Dec. 6. The Dickinson College Choir, led by Associate Professor of Music Amy Wlodarski, followed up with two performances of Earth Without Song, a musical meditation on climate change and the widening impact of inaction on human life. Highlighted by music by contributing faculty members Jim Hontz (guitar) and Brian Rotz (piano/organ), the concert was funded by the Center for Sustainability Education.