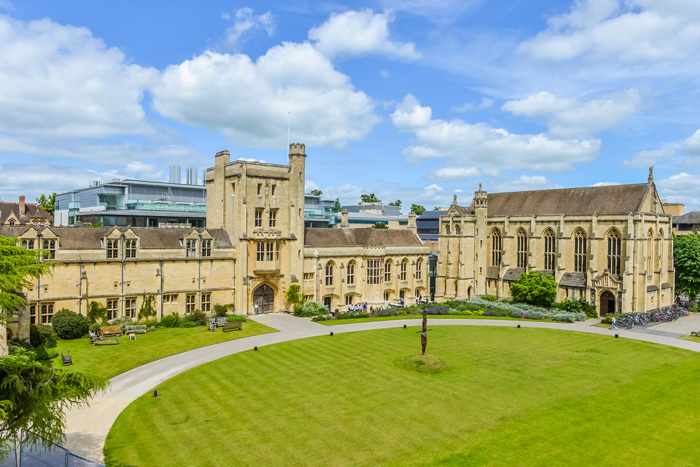 Since 2013, Dickinson has been building a history of success with the Mansfield College Visiting Student Programme. In fact, 19 students have studied at the storied Oxford setting, making Dickinson one of the program’s most well represented American colleges.

Now, Dickinson sends its second-largest class ever, as five students are set to head overseas next fall to study under Oxford’s tutoring system.

“It’s going to be a dream living and doing philosophy in such a historic and distinguished setting,” says Maizie Ober ’21 (philosophy). “I hope to continue my studies in animal ethics while taking a variety of new courses, including medieval philosophy and philosophy of religion. And I look forward to taking my philosophy to the next level in Oxford’s tutorial system and becoming a more disciplined and knowledgeable philosopher.”

To say the program is selective is an understatement, as it accepts merely 35-40 students per year—from the Ivies and top American universities and colleges—and only those with a 3.7 GPA or higher can apply. Selected students will be immersed in their studies in an intimate setting, as the tutoring system in place at Oxford-Mansfield is built around students meeting close to one-on-one with their tutors.

“I’m looking forward the most to the challenging educational environment,” says Hao, who will take philosophy and anthropology classes alongside those in business. “And I expect to be exposed to a different way of learning.”