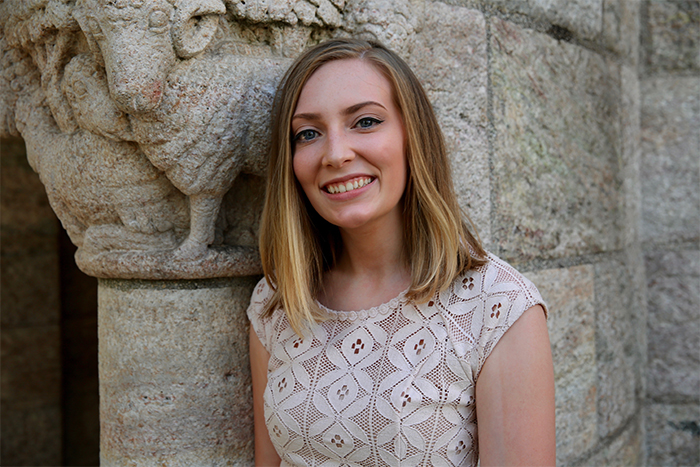 Clara Roth '21 (studio art, environmental science) discusses why she was drawn to declare a double major in two seemingly disparate subjects, why she chose Dickinson, and the summer internship that brought together her fascination for photography and social justice.

My mom is an artist, and she has always fostered art and creativity in my brothers and myself. After exploring art in high school, I decided to continue studying it here at Dickinson. Additionally, I have always had a passion for science and a love for nature. This led me to also major in environmental science.

I was drawn to Dickinson because it's a small liberal-arts college, with a focus on sustainability. Coming from a very small town, I was excited to go to a college where I could continue to be seen and make connections with faculty and professors. Dickinson has allowed me to double major in environmental science and studio art, a combination that would be near impossible at some other colleges. Additionally, I was excited by the fact sustainability is something the college strives for.

I interned with Jeffrey Stockbridge, a photographer who is documenting the opioid crisis in Philadelphia. Jeffrey has spent the past 10 years in Kensington, Pennsylvania, photographing and interviewing those impacted by opioid addiction. For the month of June, I assisted Jeffrey in his new project, a pop-up portrait studio on the corner of K and A [on Kensington Avenue], the hub of the crisis. He is great about letting the other intern and I take photos and help edit.

How I define “useful”:

I define being useful as finding ways to benefit the greater good. I see it as serving others and working toward benefitting humanity. A useful education is one that gives you the tools you need to do so. It provides you with the knowledge you need to have a useful career.

The most important thing I've learned so far at Dickinson has not been a fact or figure but the importance of being an advocate for myself and others. Standing up for myself has not always been easy, but classes at Dickinson have given me the confidence I need to do so. Additionally, it has shown me the importance of giving a platform to those who may not have the ability to defend themselves like I do.