Creating Change in the Face of Challenge 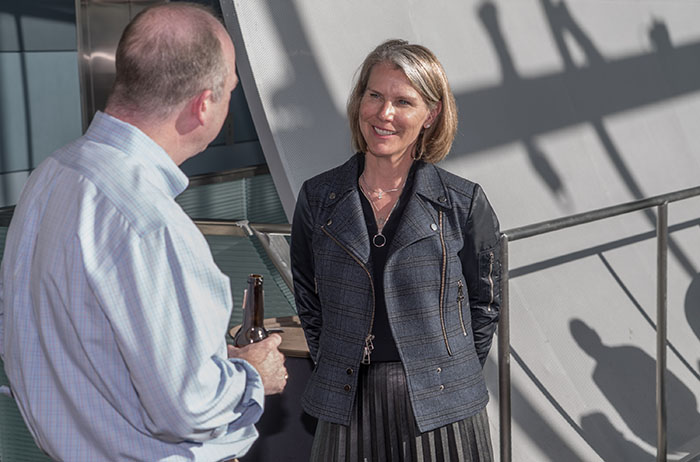 Gretchen Ernest Brigden ’89 remembers the dread she felt on the day of her calculus exam. She didn’t know she had dyslexia, a learning disability that can impede the ability to work out math problems on paper, even when the answer is known. She only knew she’d worked very hard with her tutor but still couldn’t figure out the proofs.

“We all have dreams about failing, and mine are about calculus,” she says, recalling that vivid moment—one of several that, ultimately, helped her learn to overcome obstacles along her path to success.

A ‘make it happen’ environment

The first in her family to attend a residential college, Brigden visited 20 schools during her junior year of high school and found a warm welcome at Dickinson. She declared an economics major sophomore year and got involved as a resident advisor and with the ski club, Omicron Delta Kappa and Delta Nu. She also attended a national Habitat for Humanity conference in Atlanta, with support from Dickinson, and established a campus chapter.

“There was a ‘make it happen’ attitude and a supportive environment that encouraged me to try anything I wanted to do,” she remembers. “The pond was big enough that I could swim freely and discover who I was.” 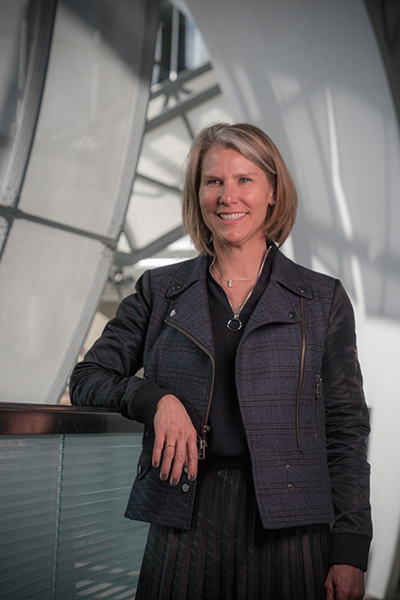 A big step toward self-discovery arrived just after her first year, when Brigden took part in a summer immersion program. Her group arrived in Toulouse, France, shortly after the U.S. flew over France and bombed Libya. “It was an uncertain time, and we were not allowed to say we were Americans or speak any English,” Brigden says, noting that it was especially tough in an era before cell phones and the internet, after just two semesters of college French. “It was like being dropped off on the moon.”

By the end of the summer, she’d learned to trust in herself. She also saw the world as a big place—and realized she may need to search to find a home and workplace that fit her.

Another learning moment came with that dreaded calculus exam. Knowing her work ethic, her professor agreed to let her take the test a few days late, and she passed. More importantly, she discovered how to ask for help—and how to assess the resources she had and the resources she needed. “That’s a big thing to learn,” Brigden says, “because while most times, things are linear, there are also times when the things you’re doing just don’t work. You have to figure out another way.”

Putting it to the test

During her first job, as an accountant at Prudential, she realized that the rigid world of big-corporation accounting wasn’t for her, and put that lesson into practice. Continuing to work hard, Brigden did some soul-searching. By 1995, she’d earned her M.B.A. from Duke University’s Fuqua School of Business and launched a finance career.

“I had a three-year-old at home, and I didn’t know quite what I’d do next,” she remembers, “but I knew it wouldn’t look like what I’d been doing.”

In 2011, she and her husband co-launched Macro Intelligence 2 Partners (MI2Partners), a macroeconomic research company. She is COO, while Julian focuses on research. They now employ a team of eight.

With the company growing, Brigden reconsidered where she wanted to be.

Technological advancements like videoconferencing made it possible to work outside of Manhattan, and she and her family had been enjoying vacations in Vail, Colorado, for years. Brigden also knew that the Vail schools were excellent—a vital consideration, as daughter Molly was diagnosed with dyslexia.

Three years later, the Brigdens love living in Vail (and the former Dickinson Ski Club co-captain hits the slopes when she can).

As her 11-year-old nears high school, Brigden says she and Molly talk often about how to navigate the inevitable challenges ahead.

“This kid is as bright as you will ever meet, but of course there are some things that are difficult,” says Brigden. “So I ask, ‘How can you get to the same point, looking at a problem from a different angle? Let’s figure out what you need to succeed, and how to get it done.’ ”