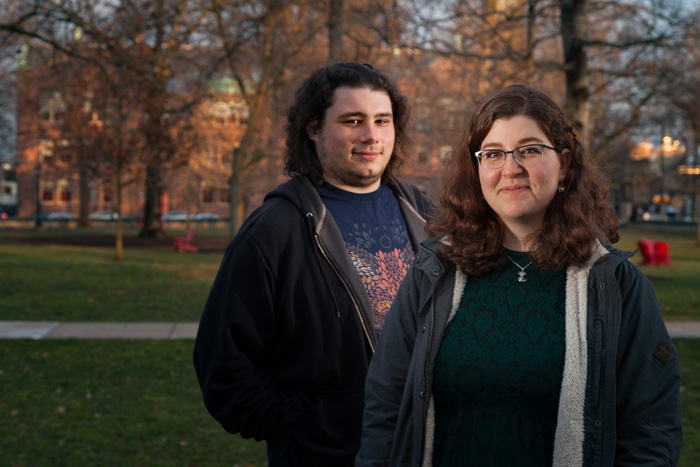 Drew Kaplan and Audrey Schlimm, both class of 2020, will head to England together in the fall as part of the University of Oxford's Mansfield College Visiting Student Programme. Photo by Carl Socolow '77.

Competetive Oxford program has accepted every student Dickinson has recommended

Dickinson College was chartered in 1783, a mere 235 years ago. A lot of history has gone under the bridge since then. But considering that the University of Oxford has been hosting students since 1096, those amazing 235 years of history get swallowed up pretty thoroughly by Oxford’s 922.

To get a good taste of that history and become a true part of Oxford’s academic experience, 17 Dickinson students have thus far gone overseas for a year via the Mansfield College Visiting Student Programme (2013-17). The program now admits only about 35-40 students per year, chiefly from Ivy League and other top American institutions. And in what Mansfield calls “the most competitive year to date,” two more Dickinsonians are headed to England to become part of the Oxford system next fall.

“Since declaring as an English major I’ve been searching for abroad programs that would fulfill my desires to travel and challenge myself academically,” says Audrey Schlimm ’20, who, along with Drew Kaplan ’20 (classical studies, political science), will be attending Mansfield in the fall. “I can't wait to dive into the study of English literature through the combination of independent study and intense tutoring, which the tutorial system at Oxford provides, and I'm really excited to meet other international students and scholars.” 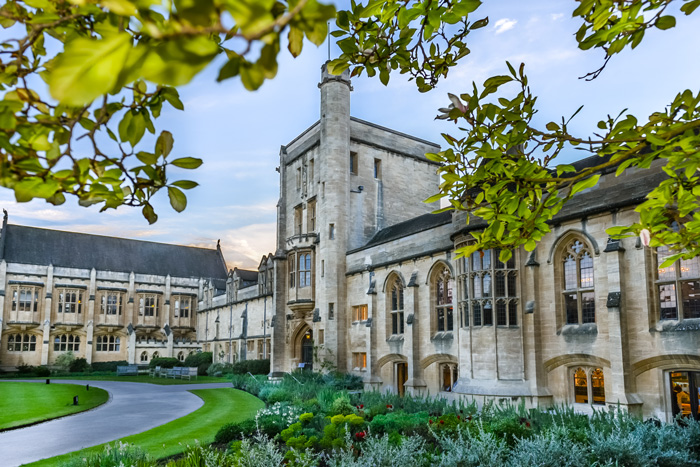 The program is only open to students with a 3.7 GPA or higher, and to date Oxford has accepted every student Dickinson has recommended for the application process. As Schlimm notes, the tutoring system is in place, meaning one to three students meet regularly with a tutor for concentrated study. It’s an environment that has proved to be the perfect augmentation of a Dickinson education.

“The experience enhanced my Dickinson experience to a large degree,” says Tommy Kozdron ’18 (law & policy), who was a part of the program in 2016-17. “The critical reading and writing skills I learned at Oxford enabled me to come back to my summer research and fall semester with a new confidence and comfort. As such, my Collaborative Student-Faculty Research Project was truly rewarding, and my fall semester was my most successful academically. I also think it really helped me stand out on my law school applications!”

And the enhanced experience noted by Kozdron is just what Schlimm has in mind as well.

“I know it will be quite a change and a challenge, but it will also enrich my education and make me both a deeper scholar and a more aware global citizen,” she says, noting that she looks forward to using what she’s learned at Dickinson to spark inquiry and interest at Mansfield. “I think the experience is going to just be amazing and life changing.”

Learn more about Dickinson's success in the in the Mansfield College Visiting Student Programme in "Another Banner Year."