En Mass, Across the Pond 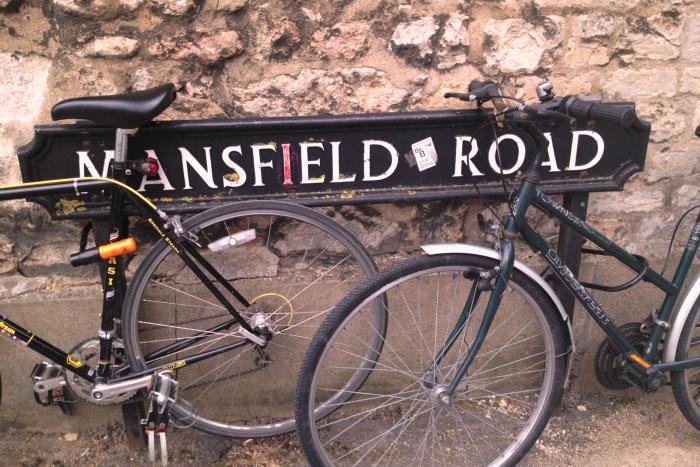 Dickinsonians Flock to Study in England This Fall

Through the Dickinson at Oxford program, six juniors are headed to England this fall as part of the University of Oxford's prestigious Mansfield College Visiting Student Programme, and several alumni from the class of 2016 are beginning graduate studies in England as well.

“As an English major, the opportunity to study at the very place where some of the most influential authors created their works is impossible to resist,” says Margaret McGuirk ’18, whose studies will focus on the reciprocal relationship between culture and literature over time. “I think that living and studying abroad offers an opportunity like no other to deeply experience a new place and develop new perspectives that will last long after returning home.”

And clearly, the impression the year-long Oxford program leaves is lasting, as three of the many Dickinsonians launching their graduate school experience in England this fall—Shayna Solomon, Elizabeth Lanigan and Abby Preston, all class of 2016—were in the Oxford program as juniors.

For Thomas Kozdron ’18 (law & policy), who intends to go to law school after Dickinson, the allure of Oxford’s Mansfield College is all about looking to the future and preparing for it.

“I’ll be focusing on politics, because I hope to obtain a wider perspective on the legal and policy systems that I hope to operate in,” he says. “And I want to push myself and experience a new level of independence. I want to be forced out of my comfort zone and forced to grow.”

For others, it’s the global appeal—the idea that they’ll be out of their comfort zones—that takes them overseas.

“I remember sitting in my 7th grade English classroom and dreaming of Oxford's libraries,” says Janel Pineda '18, another English major and vice president of Exiled Poetry Society. “Studying abroad can be such a transformative experience, since it allows for cross-cultural exchange and exposure to new global perspectives.”

“After a year at Oxford, I hope to be a much stronger writer and clearer thinker, and I hope to have a shrewder understanding of where I want to take English during my senior year and after college,” says Charlotte Hayden '18 (English). “I hope that Oxford teaches me self-direction, perseverance and confidence in my ability to navigate a completely alien environment.”

Sarah Goldberg '18, a history major who has researched the diverse perspectives on campus during the turbulent spring of 1970, will continue her exploration at Oxford.

“As a history major specializing in the history of race and ethnicity, I hope that a year abroad at Oxford will allow me to expand my academic perspective beyond an Americanist focus,” says Sarah Goldberg, “and ultimately develop a richer understanding of how political, cultural and social forces on a global scale have shaped historical constructions of race internationally.”