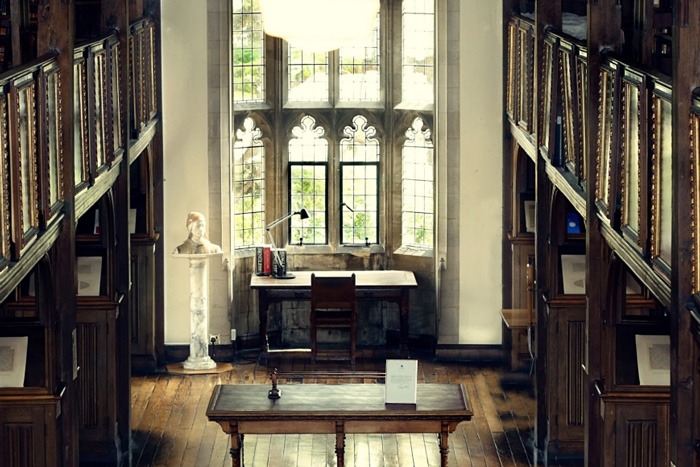 Each year, the Mansfield College Visiting Student Programme admits around 30 students from “Ivy League and other top U.S. institutions,” according to the program’s website, with a few more students entering from other colleges and universities elsewhere outside the EU.

There are eight Ivies and dozens of “top” institutions in the U.S., so what does it say about Dickinson that three of the 30 students heading into the program in the fall are Dickinsonians? Maybe just this: Dickinson has had yet another banner year finding success in one of the most selective abroad programs going.

From 2014 through 2016, Dickinson sent 14 other juniors to Mansfield to immerse themselves in the Oxford system’s tutorial program. This year, the students may be different, but the draw of the program remains the same.

“I want to go to Mansfield for the chance to define my focus,” says Nadia Tivvis ’19 (English) of the yearlong program. “The different educational system means that I will have more freedom to narrow in on fantasy literature, from both a historical and literary perspective, and it will give me experience with a more independent, intensive and individual academic process.”

The Oxford system is based on the weekly tutorial, during which up to just three students meet with a tutor for concentrated study. University lectures and Oxford's library resources fill out the independent-minded experience, which is only open to students with a 3.7 or higher GPA.

“The way the English major is set up at Dickinson is pretty fantastic, and my English classes so far have allowed me to deeply analyze a diverse set of texts,” says  Emily Bartholet ’19 (English), whose focus is on the intersection of spirituality, gender and literature. “I’m hoping the [Oxford] tutorial system will allow me to really pick apart my interests. If anything, I expect the change in educational systems will teach me a little more about how I learn, and that’s an important thing to understand.”

Yanqing “Qing” Zhao ’19 (economics), who hails from Beijing, looks at the year at Mansfield as another level of studying away from home.

“I was inspired by the U.S. perspective, and I want to hear more voices from different cultures,” says the economics major, the first such major from Dickinson to take part in the program. “Oxford has produced so many renowned economists throughout history. Its rich legacy makes Oxford the perfect soil for economists like me to grow in, and the challenging environment there will also bring the best out of me.”

Zhao says she hopes to be a trailblazer of sorts, leaving “footprints” behind for future economics majors to follow. And she also hopes to bring a little extracurricular fun to England with her, leaving behind footprints of another kind.

“I’ve been taking ballroom dance lessons at Dickinson,” she says, “and I would love to go to one of Oxford’s formal balls.”